Oh yeah there will definitely be hashtags all over them. Probably bollocks like TEH COMPITSHON 2 DESINE THE HAYLOW COLORS 4 THE BRITISH GRAN PRICKS too.


jiggles wrote:Nobody with a VR headset is going to be using it regularly this time next year, let alone in 4 years time.

Formula 1 race start times could be shifted back to 3.10pm at the majority of events from 2018 as part of an effort to boost the television audience.

With Liberty Media determined to make its mark on F1 this year, it has emerged that F1 chiefs want to shake up the timetable.
One proposal being seriously considered is for the entire weekend schedule to be shifted back by one hour.
Multiple sources have revealed that this idea was raised with television broadcasters during a meeting last week, and has also been discussed with teams.
This would mean typical European races would move away from the traditional 2pm start slot they have held for decades.
Furthermore, there is the idea to move the races back a further 10 minutes - to start at 3.10pm - to help better fit with commercial television channel coverage, especially with the American audience and the need to run adverts before the start.

Other things they're thinking of messing with in the broadcasts:

- playing a soundtrack of music at occasional parts of the race

The Highlights things works well in Endurance racing but not needed for a F1 races which averages 90 min races wh can't wait to hear one of Hamilton's rap songs playing whilst he makes a pass......

what next caution flags like in Nascar for no apparent reason or a gimmick like The Chase. Also, I hope Formula 1 doesn't start to do the other bit of American sports coverage I can't stand, gratuitous advertisements. "Now lets have a look at the Pepsi-Max-Budd-Light-Verizon-Extreme leader board" The commentators feel like they're reading off a marketing script rather than commentating the show/sport.

They just need to make overtaking easier.
Maybe bring back refuelling so there's more tactics about starting with a really small fuel load and going super fast at the start but then having to refuel soon after.

The races never start on the hour anyway. The formation lap does, so play your ads over those 2 minutes :s

Grid girls will no longer be used at races from the start of the new season.

I wish someone would think of the poor models losing their jobs.

Return_of_the_STAR wrote:I wish someone would think of the poor models losing their jobs.

Return_of_the_STAR wrote:I wish someone would think of the poor models losing their jobs.

To be fair, it is only one day per year, but i imagine the earnings are fair

(Now former) Grid girls not happy at all:

Women with hairy armpits and men with no testicles saying she’s wrong, obviously.

Thought I best check into your Formula 1 thread, was my most active thread over on SONM afterall!

Bit of background, been watching Formula 1 since the 2009 season, was a huge fan of Jenson until he retired back in 2016 (forgetting his one off return in Monaco 2017), also a fan of Vettel, Hulkenberg, Bottas, Alonso, Sainz Jr, Ocon to name a few. Unlike some people I don't actually dislike any of the drivers, although I won't lie Hamilton does get on my nerves sometimes with his off track antics but he's definitely one of the best drivers out there, I don't think anyone can deny that.

No idea who is the popular/unpopular drivers round here but I'm always up for a discussion about Formula 1 (and 4 wheeled motorsport in general!), already eagerly awaiting the 2018 season kicking off with the car launches and testing, kind of known as an F1 nut at home and at work, it's the one sport where I can say I'm almost addicted to! 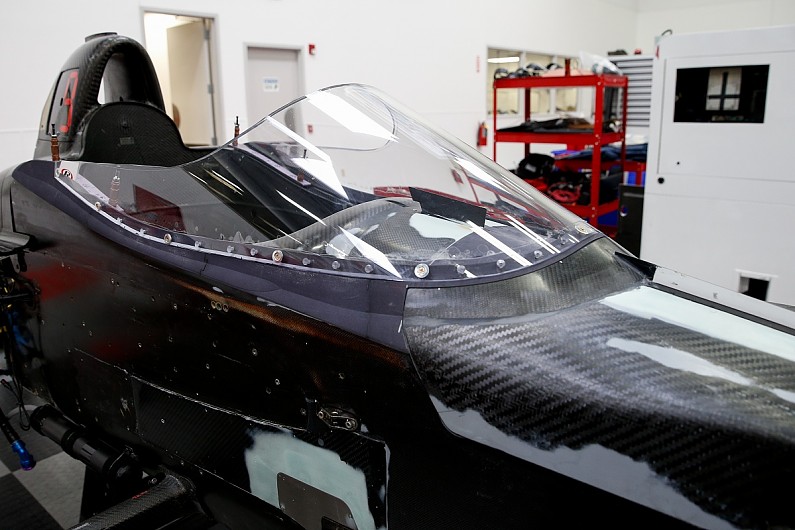 IndyCar will trial its first attempt at a cockpit protection system by fitting a windscreen to the 2018 car at the Phoenix open test next week.
Chip Ganassi Racing's Scott Dixon will test the device during the rookie oval testing day next Thursday, and he is expected to be on track late afternoon.
IndyCar is planning to simulate the conditions of full sun, dusk and night conditions in order to see how much the windscreen will impact driver visibility.
The series has always favoured the windscreen concept over Formula 1's halo system due to expected visibility issues on ovals in particular, and the 2018 car package was created with a future cockpit protection device in mind.

Visibly it does look nicer, didn't Vettel test a similar screen at Silverstone last year? Seem to recall he stated getting dizzy, no idea if this screen (or Red Bulls version tested at Russia 2016 if I recall correctly) ever got further than just testing the visibility of them but I dare say if they wanted one of these options to work they could have got it perfected but instead they went for the halo, which I'm still undecided on really, guess it'll be a case of waiting and seeing what the 2018 cars look like with them fitted, not that the fans reaction will change much.

The obvious problem with the screen is rain and a lack of wipers.

Nothing a bit of Rain X wouldn't solve then! Not that I've used it mind (still got an unopened bottle ready to apply when I can be bothered) but I've read it's meant to be decent stuff for helping keep windscreens clearer from rain. Obviously dirt would be a bigger issue, short of the mechanics cleaning them in the pits there's not much else I can think of as a solution to it really.

When are we restarting the thread for the 2018 season? It was done at the end of January last season by Mini E.