wel now u luk silly on a new page lol

Argument on Facebook about Labour being bad for students:

Labour supporter: *posts graph showing graduate unemployment fell under Blair and Brown until a spike in 2008 and another gradual decline after that*

Brexit Party supporter: Look! All the lines are going down! Labour let down an entire generation of students! Are you sure your glasses aren't on upside down?!

Labour supporter: It's a graph of unemployment, the lines going down mean more people were in work...

Dowbocop wrote:Argument on Facebook about Labour being bad for students:

Labour supporter: *posts graph showing graduate unemployment fell under Blair and Brown until a spike in 2008 and another gradual decline after that*

Brexit Party supporter: Look! All the lines are going down! Labour let down an entire generation of students! Are you sure your glasses aren't on upside down?!

Labour supporter: It's a graph of unemployment, the lines going down mean more people were in work...

This is how they absorb information. Twist it to support their world view and if they can’t shour project fear or fake news.

My name is Jeremy Corbyn and I would like to apply for the role as Prime Minister of the UK, please see attached my CV.

Hobbies interests: I like to surround myself with socially inept people and have tried to avoid mixing with anyone of any intellectual gravitas.

Personal statement: I am sure I would be a very good PM for Britain, firstly by instituting a Government of perpetuity, that way we do not need to spend any more money on silly elections. I would then hand over complete control of the UK firstly to the EU and then as that develops within ten years a World Government overseen by the UN. The UN as you will be pleased to know, has 164 members, of these 20 are classified as fully democratic (Democracy Index), 55 are regarded as flawed democracies, with the remainder not being regarded as democratic. So we should be in safe hands!! Finally, all of my socialist friends and I will live a life of luxury while we rape and pillage the lifestyles of the wealthy who worked for their money and created thousands of jobs for the economy.

Erghh strawberry floating Greta, how dare she eat food and use public transport.

People who go on holiday and post updates every day... they're banana splits, aren't they?

Oblomov Boblomov wrote:People who go on holiday and post updates every day... they're banana splits, aren't they?

Lassie I went to uni with went to Berlin. Every other day was a countdown or comment about how she's going next week. The day of she posts she's packing, in a taxi to airport, checks in at the airport, picture of the plane, checks in at Berlin airport, checks in at hotel and could basically live stream her entire trip. Otherwise she's fairly well adjusted but strawberry float me, it's only Berlin, and it's the most generic tourist advised gooseberry fool that's no interesting the see second hand anyway. 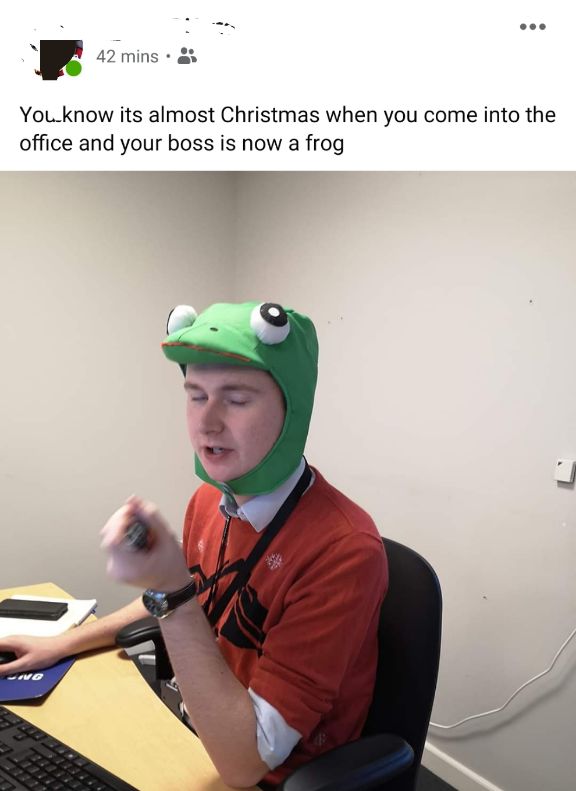 He's not old enough to be anyone's boss.

An incident occurred in a supermarket recently when the following was witnessed: A Muslim woman dressed in a Burkha (a black gown & face mask) was standing with her shopping in a queue at the checkout. When it was her turn to be served , and as she reached the cashier, she made a loud remark about the British Flag lapel pin which the female cashier was wearing on her blouse. ...The cashier reached............... up and touched the pin and said, 'Yes, I always wear it proudly. My son serves abroad with the forces and I wear it for him. The Muslim woman then asked the cashier when she was going to stop bombing and killing her countrymen explaining that she was Iraqi. At that point an elderly gentleman standing in the queue stepped forward and interrupted with a calm and gentle voice, and said to the ...Iraqi woman: 'Excuse me, but hundreds of thousands of British men and women, just like this ladies son have fought and sacrificed their lives so that people just like YOU can stand here in Britain , which is MY country, and allow you to blatantly accuse an innocent check-out cashier of bombing YOUR countrymen. It is my belief that if you were allowed to be as outspoken as that in Iraq, which you claim to be YOUR country, then we wouldn't need to be fighting there today. However - now that you have learned how to speak out and criticize the British people who have afforded you the protection of MY country, I will gladly pay the cost of a ticket to help you pay your way back to Iraq. When you get there, and if you manage to survive for being as outspoken as what you are here in Britain, then you should be able to help straighten out the mess which YOUR Iraqi countrymen have got you into in the first place, which appears to be the reason that you have come to MY country to avoid.' Apparently the queue cheered and applauded. IF YOU AGREE... Pass this on to all of your proud British & other worldly friends.. I just did!!! It's nice to be important, but it's more important to be nice. It's also nice to be British and proud

Please tear into this banana split.

"I'm not racist but..." is never a promising start to a sentence!