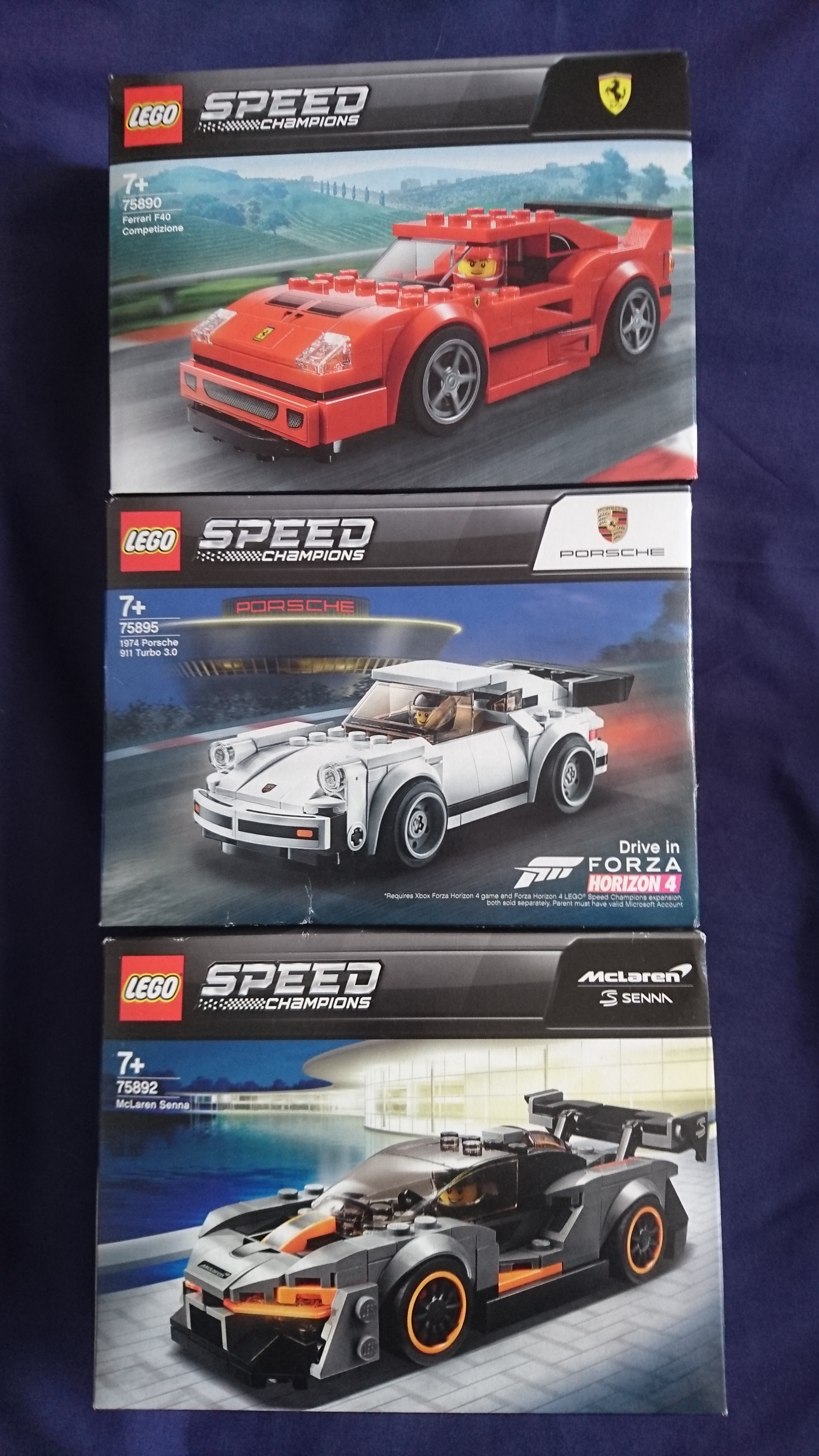 That McLaren one in particular looks ace

Thought I'd see if I can buy that new Disney train, but it's still just telling me "available for VIPs from 21st August"... Is there a "BUY" button for anyone else, or has the site not updated yet?

Might need to be 9am before you can buy it?

Frank wrote:Thought I'd see if I can buy that new Disney train, but it's still just telling me "available for VIPs from 21st August"... Is there a "BUY" button for anyone else, or has the site not updated yet?

If you're still not getting the 'buy' option, I just checked this - I had to log in specifically to the VIP rewards section of the site, then go back to the shop, and then it shows 'Add to Bag'

Hopefully this will work for you.

since the VIP stuff got reworked, it's all a little bit more fiddly it seems...


there's quite a few big savings there on some expensive sets:
https://www.johnlewis.com/brand/lego/_/ ... igh&page=1

Damn, that thing is lovely. £84.99 and goes on sale next week. Only question is whether to pick up then or wait for a double VIP points week. Oh and the Harry Potter Lego advent calendar is also getting bought.

I see the UCS falcon is getting discontinued.

I imagine with the Falcon its not gonna have a long tail as if you want it youll already know about it and would have got it close to launch.

That gingerbread house does look lovely.....

Edit: honestly, I could weep - my kid is obsessed with the Gingerbread Man story. He's going to go apeshit for this. Cheers mate.

Bum, I really want to get it but have been holding back due to cost!

I can't find any source for this, where did you read this?

4,700 pieces, but it's like £650 again. Not sure I'm super keen on Lego's new BIG BIG BIG BIG mentality. I can barely fit the UCS Falcon anywhere, so there's no chance I can fit the Star Destroyer anywhere

Wish they'd do more large-scale versions of smaller ships. Did they ever do a UCS A-Wing?

Also, have so far managed to salvage all the pieces for the ooooold technic battle droid and pit droid sets, but naturally all the elastic bands they came with have perished. Anyone know if you can pick up replacement bands from anywhere for a reasonable price?

Spent all morning installing Windows XP and a whole bunch of awful drivers so I can run the old Cybermaster/Mindstorms CDs, too. Some of the trailers on the Cybermaster CD are amazing

I never did get that barcode truck

I can't find any source for this, where did you read this?

Sorry I forgot to reply. A colleague is heavily in to Lego and he said it was on a list of sets due for retirement.

Would anyone be in the market for a Saturn v? Assembled but I suppose it could be disassembled, book, box and all that

Shortly to move and have nowhere to put it