In order to stop StayDead complaining in TCRT, I think it's about time we had a thread dedicated to the greatest toy ever™

So basically, this is a place to relive the glory days. Reminisce about sets you wished you had, gush openly about sets from the past you've recently been able to afford and fan-made sets you've seen online, and sigh at the current prices for new sets.

To kick things off, I'm currently trying to create a Lego version of this: But I don't have quite enough wheels.

ME Models - The place that do the new 9V train track, along with a load of custom built models

I remember when I was at school a mate made a similar thing with two lego men. He even drilled a hole in the Lego woman's ass

This is my most wanted: 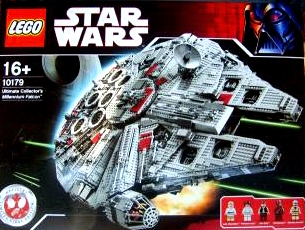 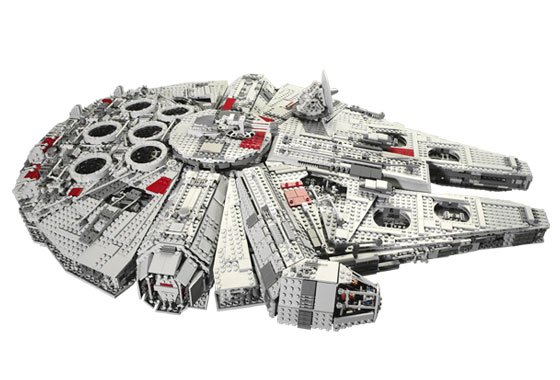 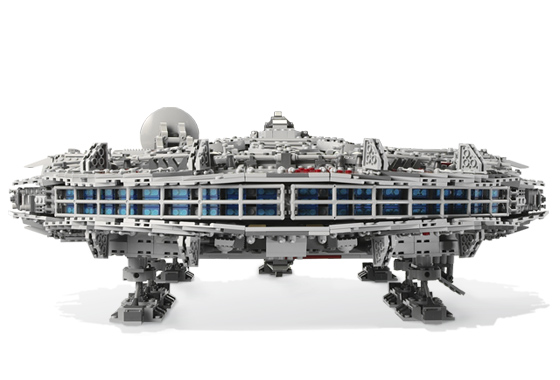 Sadly it's going for impossible prices on E-Bay.

The other day I woke up with the idea of making F-Zero ships using Lego. Probably a combination of having recently sorted our attic and reading about F-Zero somewhere. Anyhow, of course someone has already thought about it on the internets.

Yes, I'm also a bit suspicious about those yellow lines...

There's still a lot left to be done, though.

Friend of mine used mindstorms (the Lego robot) for his final year project. He programmed it to play real life pong against a human controlled robot. Was very impressive.

Lego Technic > all other Lego

Can you buy that lego Normandy ?

PCCD wrote:Lego Technic > all other Lego

Only if we're talking about the Barcode Truck: 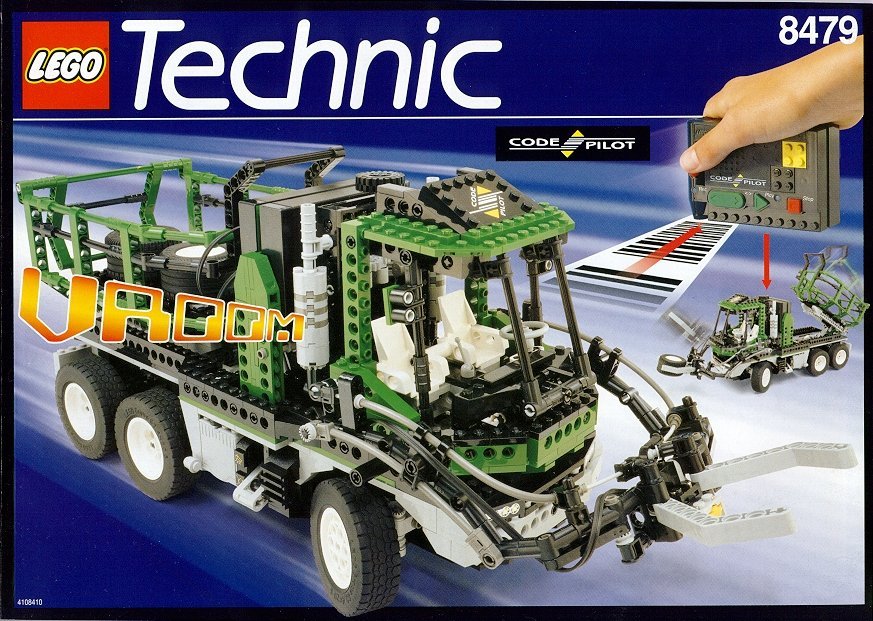 Yet another one of those sets I absolutely had to have as a child, but could never afford

No, it's a fan-made model, that's over a metre long. More pictures here.

Also, for anyone who frequently visits the Legoland park, have you seen this?:

Families will be taken on a marine voyage through a 1-million-litre ocean tank inside custom-built Lego-themed submarines, each holding up to 14 people. During the ride they will encounter over 50 species of rare sharks, rays and tropical fish and almost 100 Lego models designed to bring Atlantis to life.

The new attraction is expected to create over 50 jobs for the Windsor theme park, with three specialist jobs for the aquarium; one displays curator and two aquarists, working with colleagues from Merlin’s Sea Life attractions. Regular research projects will be carried out and education programmes offered.

“This is Legoland Windsor’s biggest investment ever by the Merlin Entertainments Group and testament to the continued success of the park,” notes division director Sue Kemp. “Atlantis Submarine Voyage represents a unique partnering of a Legoland park with Sea Life, Merlin’s global number one aquarium brand and will offer families something they’ve never seen before.”

And while we're on the subject of Lego models of old Nintendo games, check this Arwing out (spoilered for huge!): What did it involve you being better than everyone else at doing? Were you the quickest builder, or could you construct sturdier and more detailed models in the fastest time?

Bought my boyfriend Lego for christmas. I can't wait to play with it

Never seen a set I didn't want to build; I am completely in love with all the Star Wars ones despite never seeing any of the films and having no interest in the franchise. I desperately want to try the board games, if only I could afford to get one!

Anyone fancy a bargain?

BG, when you say board games, do you mean these kinds of things:

Ah man, we have a LEGO store in Brighton. It's pretty awesome to go in there and just play around- great childhood memories. Although the only ones I didn't like were the ones that were supposed to be like robot heroes- the name eludes me though....

That Normandy model is pretty swish.

Frank; the second ones. I've not found anywhere that sells them round here, although looking on the Lego site they are pretty cheap. May have to invest, I think. The first picture you posted looks amazing; any idea where you can get those from?

I can't believe they closed down the Lego store in Birmingham

Used to love going in there

You're probably thinking of either Bionicles, or the new Lego Hero Factory (

) series, DR. I used to like the original Bionicles (in the can thing), but then they started rebooting it every year and I got bored pretty quickly

And here's a fupping Dialga made of Bionicle bits!: I remember seeing the Lego Chess set at Legoland, but it doesn't seem to be on the online shop any more. Here's another place that sells it, but it's pretty expensive

Here's one on eBay, too, although they don't mention shipping to anywhere outside the US.

Bionicles, that's the one. Was really bothering me that I couldn't remember. I always got bought them at Christmas when I hated them.

They just ended up being used for parts- we used to have a giant bucket full of Lego in the loft- and the bucket was about 4ft tall, so that's a fair bit o' bucket.

What I wouldn't give for a Mass Effect/Lego tie-in.....

I used to have so many Lego sets, especially Technic, my favourite being the Space Shuttle....they've gradually gone missing over the years sadly

I have recently started getting back into Lego though, although I have to admit I've also committed a Lego sin and bought some..... DUN DUN DUUUUUUUUUNNNNNNNNNNNNN Mega Bloks.....well they had Halo!! I was weak!

I quite like some of the big Mega Bloks sets, while the pieces aren't quite as high quality as Lego, the larger sets are much better value per brick than some Lego sets

Get that bionicle and hero gooseberry fool out of the Lego thread. Ninjago and Toy Story lego can wait at the door.

I love Lego, was really ill as a child so spent most of my time building Lego. I only just found out there is a Lego Store in London, have to check that out at some point, last one I was in was the Brighton one.

I have the HUGE Millennium Falcon one. Sadly I have to make some space for it. it's is FUPPING HUGE!!!!