The moan about your neighbours thread - Stool Bloke returns...

Munich is lovely, though I can imagine it's intolerable during Oktoberfest. Looks really pricey as well.

RichardYuleK wrote:I enjoy the peace and quiet of the countryside

Where i live is semi-rural, but it certainly ain't peaceful.

Rex Kramer wrote:Munich is lovely, though I can imagine it's intolerable during Oktoberfest. Looks really pricey as well.

I love Munich and I really mean I love it! The first time I ever visited it was such a strange feeling of belonging there, I have had some of the best and most rememberable moments of my life in Munich, house prices are really expensive and I wanted to buy a house but I ended up buying in Lechbruck so it’s still southern Bavaria but considerably cheaper, I was going over there at least a couple of times a month but I haven’t been for a while now in fact it may be the longest period I have ever had away, I’m due to go over in January but I’m not sure if I’m going yet because my friend (Karl) his dad is either making or helping make a tv documentary and wants me to be in it, the problem is that I hate his dad due to him being a complete twat! a lots gone off but one thing that happened was me and Karl would make little silly videos and one was we would dance to “jumping all over world” in various locations where ever we went we had Munich (obviously) Paris, Berlin, Salzburg etc his dad found it, smashed his camera and gave Karl a black eye (accident apparently) the reason - it looked “gay” yet every time I go up his dad seems to want me to dress up in something and seems obsessed, I bite my tongue for Karl’s sake and play along with a story of me dating girls etc, Karl stays with my mum and dad quite often now and he loves it and it’s completely different for him,

RichardYuleK wrote:I enjoy the peace and quiet of the countryside

Where i live is semi-rural, but it certainly ain't peaceful.

I live in a village but it would be classed as semi-rural, I have looked at a few houses in the countryside and they have been lovely but I couldn’t live somewhere with really narrow poorly maintained roads which they all seemed to have, I also like being able to walk to shop/shops in the weathers really bad (like the snow we had earlier this year)

IAmTheSaladMan wrote:Not so much a neighbour but I couldn’t think of anywhere else to post this so here goes. I live in a shared house and one of the other tenants is really getting on my wick at the minute.

There are a few problems not least of all he’s always cooking. Morning, noon and night cooking. If ever want to cook a meal it doesn’t seem to matter what time of day it is I need to wait for him to clear out of the kitchen.

Then there’s the fact he doesn’t seem to grasp the function of a draining board. Instead of putting them away in a cupboard (which we have bloody loads of) he seems to think the draining board is where you store your pots and pans etc. So whenever I come to wash up I have to shift all of his gear. You’d think he’d take the hint what with me regularly moving his stuff but no it just doesn’t sink in.

The big one however is the state he leaves the kitchen in. We’re all adults so surely cleaning up after yourself in a shared house should be obvious but it’s getting ridiculous. There are spillages not being cleaned up, food waste on the floor, the bin not being emptied etc. We have a cleaner but she only come once a week so you get maybe a few hours a week where the place is spotless before he hits the kitchen again.

He only recently moved to this country and I know this is the first time he’s lived away from home but surely he must have some basic grasp of etiquette and courtesy.

Also, yes I realise that last bit sounds a little “I’m not racist but...” but strawberry float it.

EDIT: Oh, and he burps all the time without saying “excuse me”.

Tell him politely to clean up his gooseberry fool man.

Just had a couple of drivers on mopeds speed into the property grounds and rip off a cover from a resident's motorbike. They've been before; they're motorbike thieves seeking out potential targets. I got one of the registration plates and logged the info anonymously with Crimestoppers.

Getting a bit sick of just how much crime and moronic people there are in my neck of the woods (London suburbs). Property is now highly priced - even though the housing and area is certainly nothing special - but there seems to be more and more crime and anti-social people. 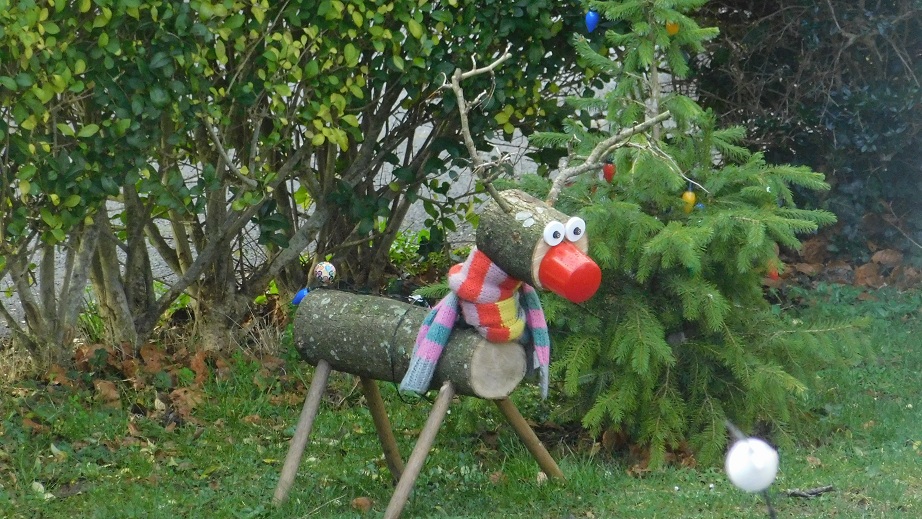 It is everything we could have hoped for

Our Lord and Saviour

Reindeer is a triumph.

But look at the state of that tree!

I don't think it's hyperbolic to suggest that we may just have identified the location for the Second Coming.

he is a legend

My parents are visting in a bit and I was a bit "tense" as neighbours have been playing music / "singing" / TV at high volume... but they've all just gone off in their car. Whoop! Strawberry-floatin' YES!

Edit: And the newer moronic neigbours (the ones dumping rubbish and smoking dope) are out too... and no motorcycle thieves have been on-site today! Yeaaaah!

plot twist: IT WAS YOUR PARENTS ALL ALONG!

jawafour wrote:My parents are visting in a bit and I was a bit "tense" as neighbours have been playing music / "singing" / TV at high volume... but they've all just gone off in their car. Whoop! Strawberry-floatin' YES!

Edit: And the newer moronic neigbours (the ones dumping rubbish and smoking dope) are out too... and no motorcycle thieves have been on-site today! Yeaaaah!

Remind me Jawa, do you own your flat?