Solid start to the season, great win for Bottas who was looking supreme from the start, well deserved and a bit of killer instinct going on from him for the fastes lap as well, massive margin to Hamilton as well. The Vettel/Leclerc was just odd, they should have either pitted one of them to have a crack at the fastest lap or just let Leclerc through and see how much he could gain on Verstappen, although the podium as well out of reach for them today.

The fastest lap added a bit of excitement at the end, but it just shows how much everyone holds back to save fuel and tyres during the rest of the race. It also makes me miss the days of the split times being available on the F1 website so I could actually follow what's going on.

Definitely too early for team orders, to be honest I don’t know why any team bothers with team orders before the mid point of the season as anything could still happen, at least doing it in the second half shows you’ve given each driver a fair crack at it before siding with one of them.

I know Gasly started well out of position but he was nowhere compared to Verstappen today, its hard to overtake round here but the Red Bull clearly had plenty of pace.

Didn't really understand Ferrari at the end. Why not pit them both to go for the fastest lap?

That’s what they should have done, Ferrari being Ferrari they didn’t go for that option.

Crap race but the fastest lap made it interesting at the end. Fair play to honda too.

I wonder which team Vettel will move to next year

I haven't watched the race but why is everyone going on about the fastest lap? does a team get money or points for it now?

1 point for fastest lap. Doesn't seem like much but it can add up to a race win's worth over a season if you bag them all.

Ad7 wrote:Crap race but the fastest lap made it interesting at the end. Fair play to honda too.

I wonder which team Vettel will move to next year

Seriously though, aren’t loads of drivers out of contract at the end of 2020? (The ones who sign longer term deals like Vettel, Hamilton Verstappen etc), the driver market could be in line for a huge shake up if they still plan on the regulation changes for 2021.

Return_of_the_STAR wrote:I haven't watched the race but why is everyone going on about the fastest lap? does a team get money or points for it now?

If the driver who sets the fastest lap finishes in the top 10 they get an extra point. So 21 points on offer just for pushing near the end of a race. Christian Horner also mentioned a neat strategic element to it as well, like today where Gasly was running out of the points they could have pitted and tried to steal a point away from Mercedes. Getting one or two over a season probably won’t make much difference but if you can get a high percentage of them they will add up come the end of the season.

I knew this would happen to McLaren. They ditched Honda for Alonso and now a major rival is reaping the benefits of those dire McLaren years. Now McLaren are still stuck with an unreliable and slow engine and Alonso is off to Indy.

Ferrari were surprisingly slow, if Gasly hadn't been eliminated early in qualy then I think they would have been behind the Red Bulls. Ominous pace from Merc, doesn't bode well for the season.

Clearly the new regulations on the wings won't have much effect on the hard to overtake tracks. I predict it's going to mean ridiculously easy overtaking on the more exciting tracks when combined with DRS.

It was always going to be a risk, Honda were going to get there sooner or later, to me it still makes me wonder if McLaren were slightly arrogant when they signed up Honda as they didn’t want any customer teams. Granted Honda probably slightly oversold themselves back in 2014 but when they realised things weren’t going too smoothly they should have given heavily discounted engines to whoever wanted to run them (obviously there’s a chance no one wanted to run them of course) to get more data and get an understanding of the issues they were facing. This year McLaren still seem slightly lost, albeit in a much better car this year from the looks of it thats in an incredibly tight midfield which is just a well as they don’t have Alonso to rag it up the order.

Ferrari is an odd one, while testing is just testing they still looked like they’d be at least up there on pace with Mercedes (who always sandbag and play their chances down before the season gets going), I’ve seen one report (maybe from AMuS?) that they ran their power unit on a very low power setting and tried to compromise by running slightly less downforce. I’ve literally only seen this being reported on one site so I have a hard time believing it really although it would in part explain why they finished 50 seconds down the road from the winner. Just really odd though and as you said if they hadn’t messed up Gasly’s qualifying the Ferrari’s would have been 5th and 6th

This is why I’m delighted with how Bottas won today, a commanding win against one of the best on the grid, although reading up on it work (quiet day) Mercedes have said Hamilton had floor damage causing the imbalance, although he didn’t really say anything about it on the radio, certainly not to the degree you’d expect if you thought the car had a problem so who knows. If 2019 is going to be a Mercedes season (again) then I'd much rather Bottas and Hamilton fight for it to liven it up like Rosberg did.

I think so far the new regulations have worked well, the cars definitely seem to be able to drive closer together with an increase in performance while they were all worried they’d lose a chunk of time. We should see some exciting races on normal tracks.

Stumbled across a Renault shop by sheer chance today, they had what looked like a 2010 car on display (can't say for sure as they gave it the 2019 livery). There was lots of f1 stuff on sale too, team merchandise, model cars, mini Carlos Sainz helmets from last year, you name it. In the end I bought a matchbox size 2018 f1 model car, and a couple of pin badges (the team caps/clothing was really expensive sadly). Unfortunately I can't add any pics yet as I'm typing this on the phone, but will likely add some later in the week.

That is one thing that is sorely lacking around me, dedicated F1 shops. I think the nearest one is in Meadowhall but I’ve not been there in years so that might have gone as well, even then I think its an independent rather than anything official.

excellent Mika tribute to his respected rivalry with Michael

Also did anyone notice the turn numbers on the fencing on certain angles during the coverage.

Really nice video on Mika and Michael, I’ll have to watch the Ayrton one when I have 50 mins to spare.

Finally got around to sorting out some pics from the Renault shop, hope you like... 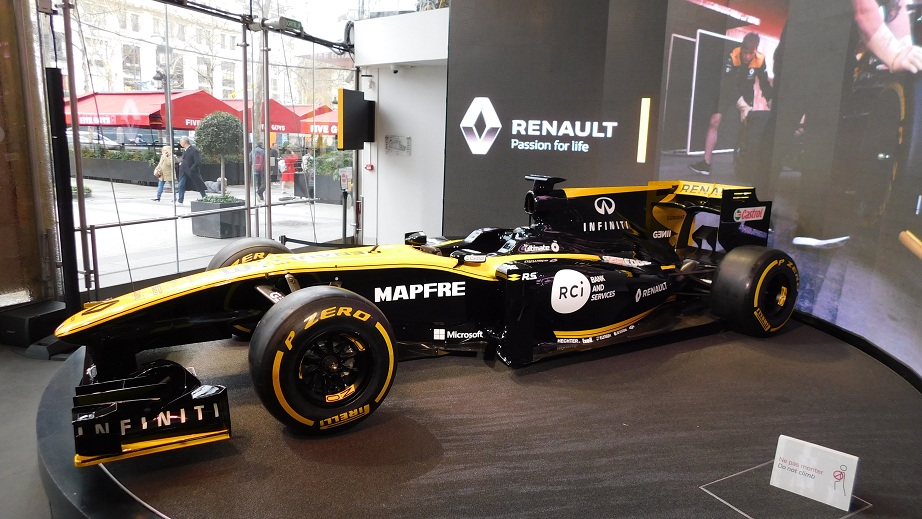 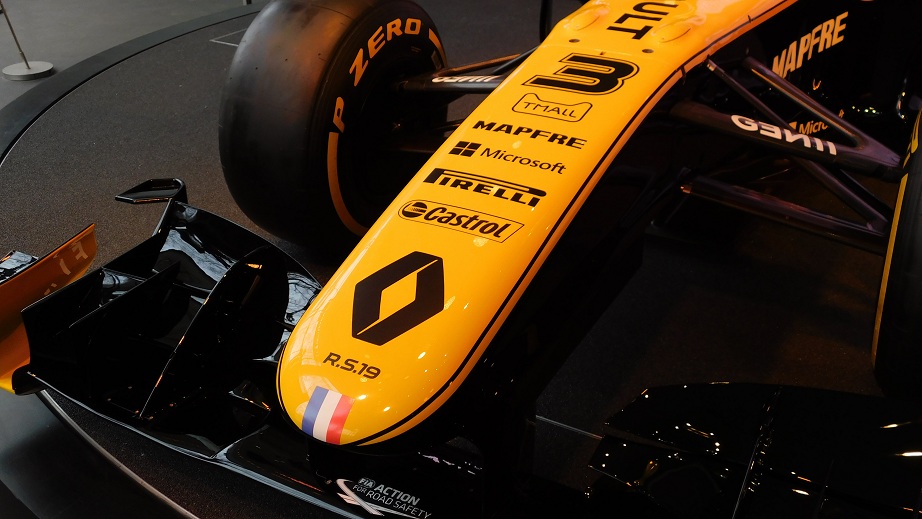 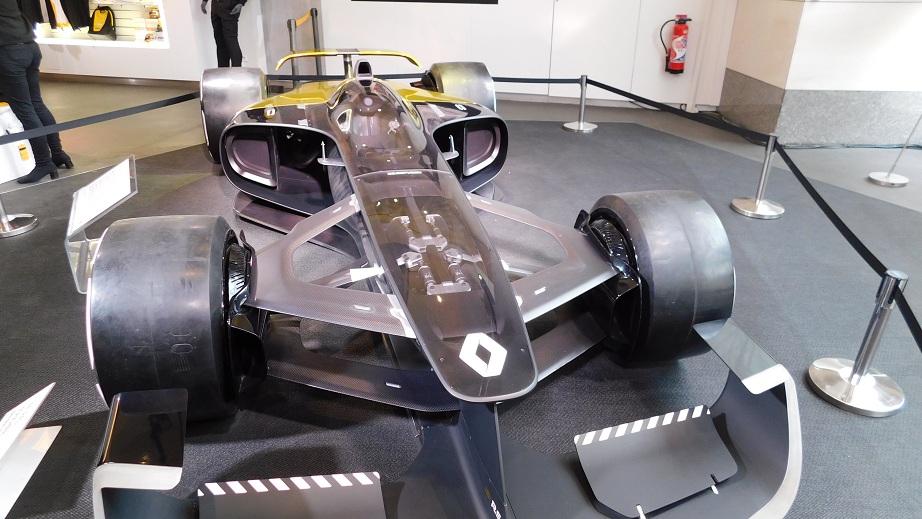 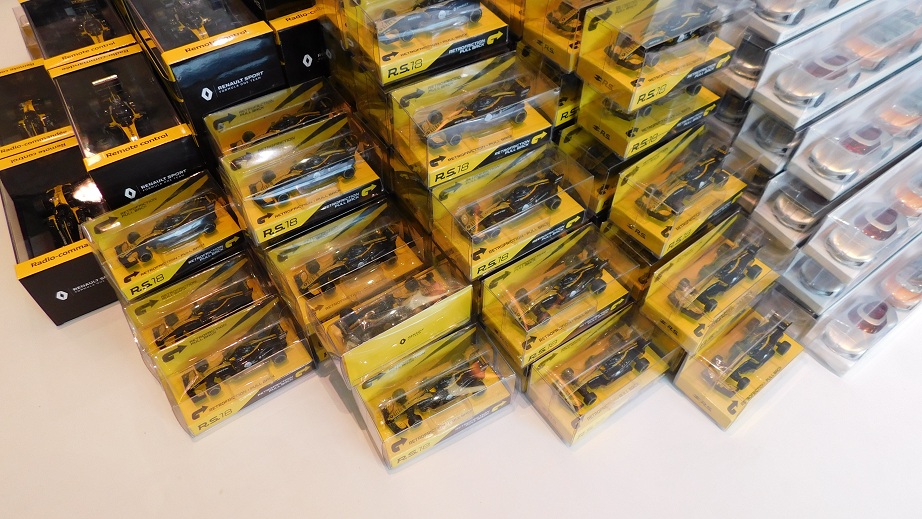 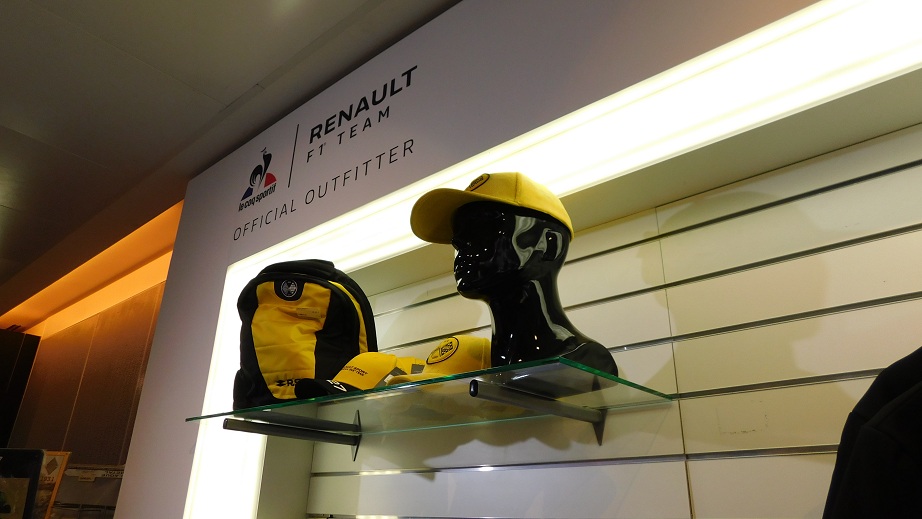 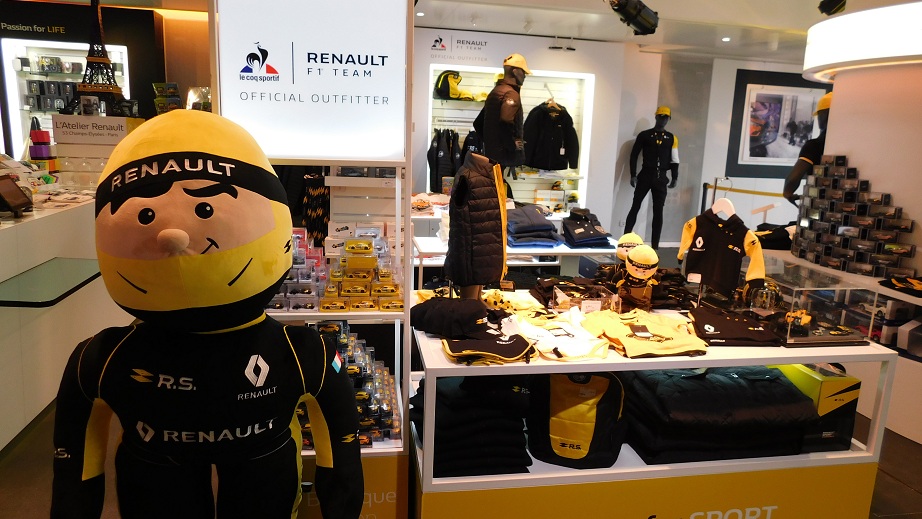 cool shop where is it?