Is an interesting detailed insight into weekend, same for me a lot i knew already lots i did not know about

Finally getting around to watching ‘Drive to Survive’, it’s alright but people seemed to shower it with praise when it came out. So far the most interesting bit is seeing how much Cyril and Christian hate each other

Robbo-92 wrote:Finally getting around to watching ‘Drive to Survive’, it’s alright but people seemed to shower it with praise when it came out. So far the most interesting bit is seeing how much Cyril and Christian hate each other

Robbo-92 wrote:Finally getting around to watching ‘Drive to Survive’, it’s alright but people seemed to shower it with praise when it came out. So far the most interesting bit is seeing how much Cyril and Christian hate each other

Just finished episode 5, slightly grim watching when the entire Force India team had a meeting regarding the future of the team after they went into administration, luckily for all of them it worked out fine.

Well the 6 hours of Spa already showing how mixed the conditions can be around there! Was snowing in the morning, sunshine as the race got underway and now heavy rain 10 minutes in, love it

Might give the W series a watch this afternoon as well, coverage starts at 14:45 on channel 4 if anyone else is interested.

Got occupied doing something else so by the time I flicked it on the W series race had 15 minutes left to run, didn’t look like a particularly eventful 15 minutes either, start should have been better as I think it was raining or had been at least.

Last hour of Spa will be coming on shortly, not been following this since the first segment of coverage finished not sure why they aren’t showing all of it mind.

That Spa race had everything Rain Sleet, Hail and Snow crazy conditions. VLN a few weeks ago had to cancel their race due to a Snowstorm

Looks like one of the best tracks in F1 is heading for the scrapheap...

The Brazilian Grand Prix will move next year to a new purpose-built circuit in Rio de Janeiro that could be named after Ayrton Senna, the country's president has revealed.

Amid uncertainty over the long-term future of the current Formula 1 event at Interlagos in Sao Paulo, Brazilian president Jair Bolsonaro has said that a switch of venues would happen in 2020 when the event moves to Rio.

At a press conference, he announced that a deal had been signed with Rio's governor Wilson Witzel and mayor Marcelo Crivella for the construction of a new track in the western Deodoro district.

The plan is for the circuit's construction to be finished before the end of this year, and it will be financed entirely by private money.

Speaking to reporters, the president said: "The management of F1 has decided to maintain a grand prix in Brazil, but Sao Paulo has become impractical because of the event's public financial support and the debt that exists over there.

"The new racetrack will be built in six or seven months.

"The hotel sector will be happy, the state economy as well since it will be six or seven thousands jobs generated.

"It is good for both Rio de Janeiro and Brazil."

The president's comments follow a tweet from Witzel, in which he said he had received a letter from F1 commercial director Sean Bratches expressing interest in moving the race to Rio.

The former home of the Brazilian Grand Prix in Rio, the Jacarepagua circuit, has been demolished as it gave way to the Olympic Park in 2016.

The new Deodoro circuit will be built on land that has been given up by the military, and is set to be designed by Hermann Tilke.

It is also targeting to host a MotoGP event, following a letter of intent from promoter Dorna.

Another Tilke circuit, which means huge swathes of tarmac, lots of tight bends, a long back straight, and about as much atmosphere as a wet weekend in Bognor Regis.

Amazing. Yeah let's get rid of one of the few remaining actual tracks and replace it with something with a stupid amount of advertising space and game overtaking areas.

It's why I don't buy f1 games any more, all but about 2 tracks are gooseberry fool and no fun to play at all.

Ad7 wrote:It's why I don't buy f1 games any more, all but about 2 tracks are gooseberry fool and no fun to play at all.

This is what i've found, most of the tracks just don't flow properly, it's just stop/start all the time as you go from one heavy breaking zone to the next.

Sochi is one of the worst examples of this.

The proposed track layout for Rio is a typical tilkedrome 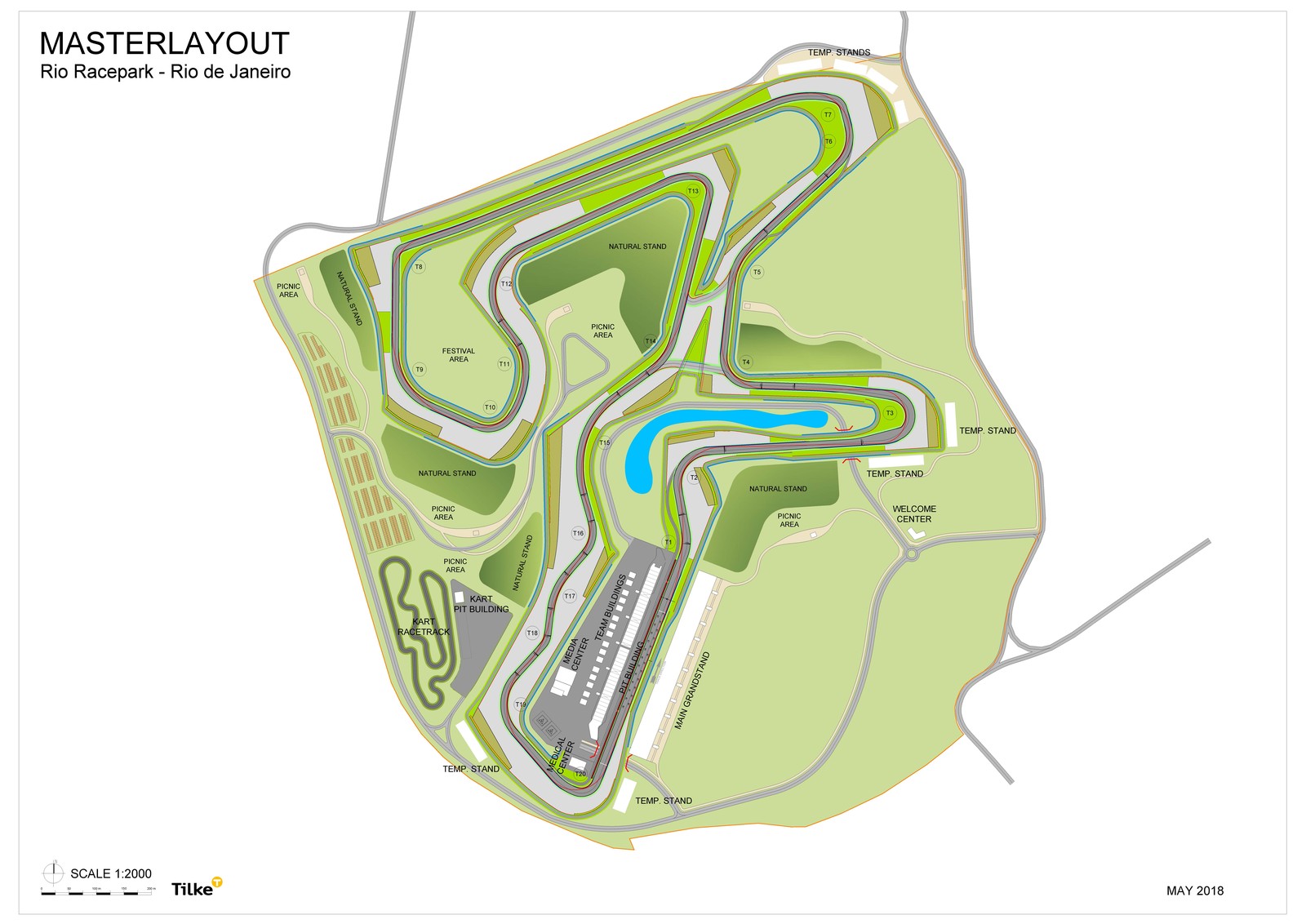 Yep, just as bad as i'd imagined.

stop start crap, it will have endless miles of run off and camera shots to get the advertising on each straight and will have no elevation changes either, will just a be a flat track 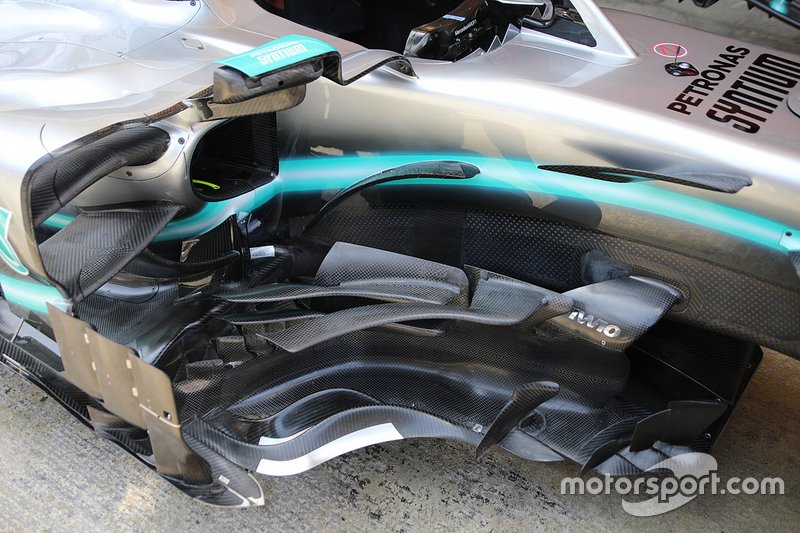 What the strawberry float

Well if Mercedes new bargeboards perform as well as they look they’ll wipe the floor with the rest of the grid in Spain, as I mentioned previously though it will be interesting to see how Ferrari’s strong pre season pace round here might help/hinder their race weekend, I presume both Ferrari and Red Bull will be bringing comprehensive upgrades to their cars as well, saying that most of the grid probably will be.

Edit, I forgot to mention about Brazil.

It’s disappointing we’ll be losing one of the few tracks on the calendar that actually punishes a drivers error (Monaco, Canada, Singapore and Suzuka are the others that spring to mind), its a wonderful track that will be missed. Wonder if the teams will have to worry about getting held up at gunpoint which has happened a few times in São Paulo over the past few years, never been to Brazil so I’ve no idea which city is considered safer.

Damn, Bottas is on a real run of excellent qualifying performances right now. 3 pole positions in a row and 6 tenths faster than Hamilton.

The power of the beard.