I was actually looking forward to the 2021 regulation changes. strawberry floating Coronavirus.

That's actually pretty good. Means we get a car developed for a year and a half this time which should make for some really competitive races in the last third.

That's actually pretty good. Means we get a car developed for a year and a half this time which should make for some really competitive races in the last third.

Yeah, hopefully means the lower teams can close the gap leading to a closer midfield and the top 3 can develop like mad up until mid 2021 (maybe introduce their last package around September time). No idea if they’ll be opting for 2 WCC/WDC over the two years they’ll race in or opt for one long championship? Suppose it depends when we get racing this year.

Netherlands Monaco and Spain now cancelled it's loking like Baku is tentatively the opening race.

going to be a strange year with minimal sport and music festivals happening at all on tv during the summer.

Paul Page doing the commentary for Indycar back in the 90's was so good.

floydfreak wrote:Paul Page doing the commentary for Indycar back in the 90's was so good.

Yeah, i was a kid when my brother started recording indy race highlights which were being screened late at night, it featured the 1991 season and the commentators were Paul Page & Derek Daly.

They were an incredible team, and as far as i'm concerned, Paul Page is second only to the great Murray Walker in their field.

That said, i didn't see any of the 1992 season as the races stopped being shown, but when Nigel Mansell joined the series for 1993, ITV did a deal to show highlights of all the races (except Indy, but that was released on VHS instead) which meant i was massively into indycar at that time.

After Nige returned to F1 and retired at the end of 1994 though, the TV deal ended and the series ended up on Sky (sounds familiar) which meant i was no longer able to watch it.

Absolutely stunning machines, the noise of the McLaren F1's engine was unbelivable.

My favourite car though was always the Porsche 911 GT1, it was an absolute beast!

Lister Storm was amazing and has to be the best car name ever.

Peter Crisp wrote:Lister Storm was amazing and has to be the best car name ever.

The same car continued racing in the British GT series after a while, complete with the Newcastle Utd livery.

Two more Listers joined that series too, there was a yellow/blue Hewland car (which i got to sit in the driver's seat of during a pit road walkabout as i had been regularly having chats with the owner about it), and the other was a goldfish... 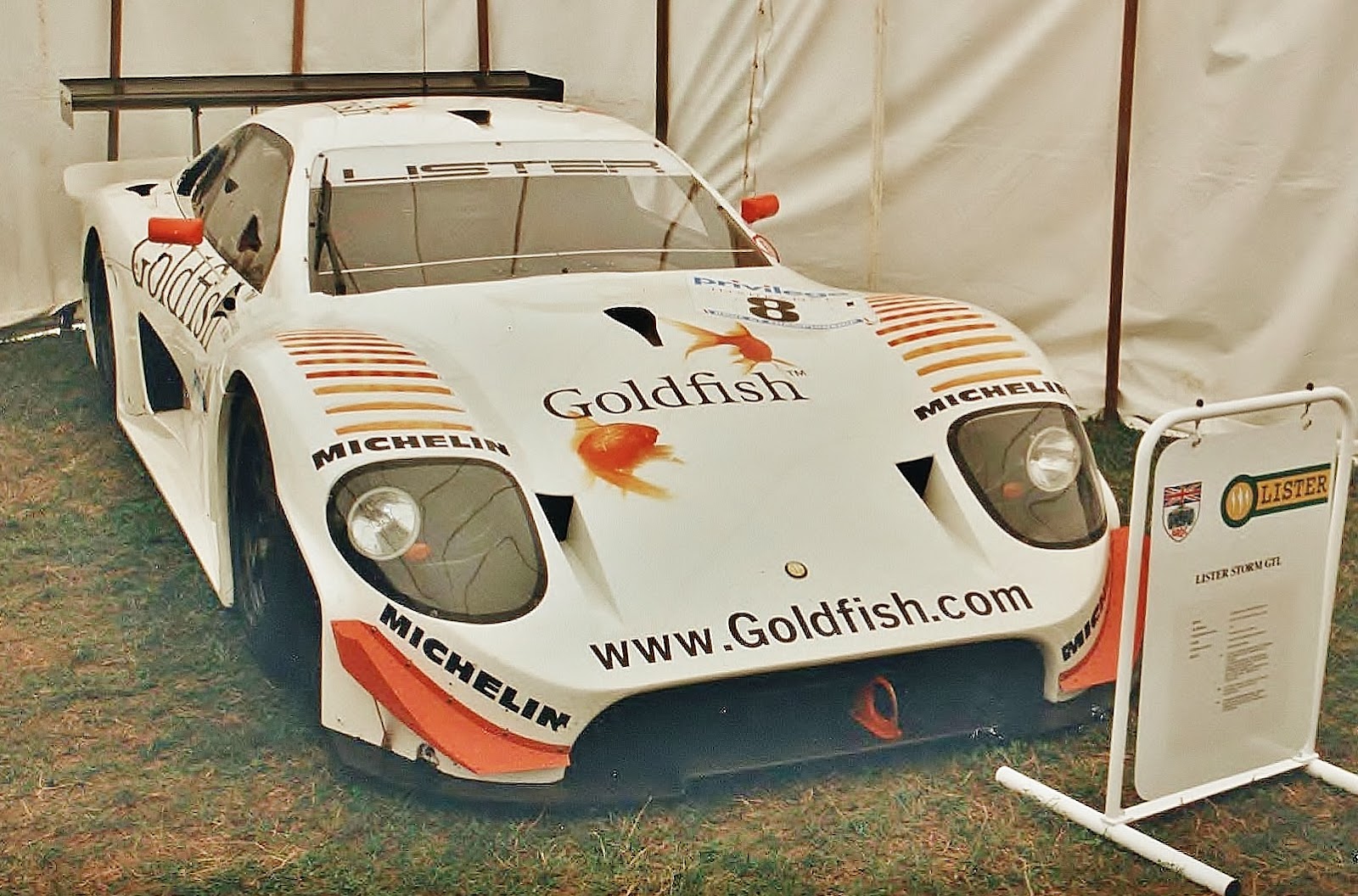 @Vermilion i agree Paul Page is 2nd to Murray Walker for commentary Paul was the right commentor for the peak years for Indycar in the 80's and during the 90's. I'm the same i remember watching those 93 highlights. I got the Mansell indycar vhs from his 93 season one xmas.

The lister storm newcastle livery was an iconic livery.

The current worst commentator who i cannot stand & i turn off whenever i his voice is Jack Nicholls he makes watching whatever he has been chosen to commentate on for me unwatchable. He is up there with Croft for being annoying as hell too listen too

One of my favourite commentators from later years was James Allen on F1 ITV, his enthusiasm always reminded me of Murray Walker and he did a great job at having to fill the spot when Murray retired (not an easy task).

Just had another thought about a postponed 2020 season and then running the 2020 cars into 2021, a lot of drivers are out of contract going into 2021 aren’t they? Obviously Max and Charles are locked into long term deals but I think the majority of the drivers only have contracts up until 2020, so I wonder if the teams will just quietly extend their contracts up until the new regulations come into play considering the cars will just be getting developed from now up until the end of 2021 so continuity is definitely good in that regard.

They should race each other online (car simulation kit) from now till 2020.

I suggest we should back up our first choice driver, Ad7, to drive for GRcade Racing.

I think they are doing more online races, whether its a continuation of Veloce Esports effort from last Sunday or whether its separate I’m not 100% sure. But I suppose its better than nothing, if anything it might help Liberty Media see how many people would tune in to watch a race if it was broadcast for free on YouTube. The race last week on Lando Norris’s Twitch channel hit a peak of 70K, the official stream from Veloce Esports hit 170000 concurrent viewers as well which for something that was cobbled together a couple of days previously is not a bad effort at all.

Surely the more well paid drivers are going to have to go unpaid as the sport isn't going to have almost any income in the next few months.

Many are on millions a month and that's going to almost crush the team.

Most of them sadly probably won’t even notice much difference in their bank balance unless they go absolutely crazy month after month. Hamilton (and I think Vettel) are paid absolutely crazy money, I think the crazy money is ever so slightly more justified in F1 than in something like football but still crazy. The drivers going without for a few months shouldn’t be too much of an issue for them, you’d like to think the majority would realise even without getting paid they’re in a far better financial situation than a lot of the people who work alongside them at the factory etc.

BOR wrote:They should race each other online (car simulation kit) from now till 2020.

I suggest we should back up our first choice driver, Ad7, to drive for GRcade Racing.

For those that don't have sky, there's a bit of a landmark for esports tonight, becuase the F1 channel is showing a virtual F1 Bahrain grand prix! It has pride of place on the main sky menu, a pretty big deal for esports and gaming