Does he spin every session and do they strawberry float up his pit stops?

Ferrari were championship leaders until a patch nerfed them in my career mode. So annoyed by that.

Victor Mistletoe wrote:Does he spin every session and do they strawberry float up his pit stops?

No, but his car does seem to break down a lot.

In contrast, the reigning champion in my game is actually George Russell, who took the honours for McLaren.

Roonmastor wrote:Ferrari were championship leaders until a patch nerfed them in my career mode. So annoyed by that.

I thought you had the option to apply the patch to a current career mode or not? I don’t think they applied it to the My Team mode as they probably thought it a little harsh on the folk who paid over the odds for the Ferrari engine

Honda power for me in my team mode

It doesnt nerf the player team, but I think it auto edited my team for me. I'd have avoided it otherwise as it didnt fit my game's reality. Ferrari never got another podium and Racing Point shot up the standings.

Roonmastor wrote:Ferrari were championship leaders until a patch nerfed them in my career mode. So annoyed by that.

That's amazingly accurate, that happened for real to Ferrari in 2019!

Anyway, Hamilton won SPOTY. F1 thread supremacy. We beat out all the other sports threads this year.

The below link is an interview with Jason Plato where he talks about meeting Michael Schumache at ROC and being at a party with him etc. From about minute 20 or so onwards.

Until then, I always thought Michael Schumacher would probably be a little bit stiff socially, and when I turned up to the party after the event I was half expecting not to see him there. Sebastian Vettel wasn’t going and, although I hadn’t heard anything to the contrary, I wasn’t expecting to see Michael Schumacher tripping the light fantastic–win or no win. The party took place in a room at our hotel. As I’m sure you can imagine, the alcohol flowed quite freely, and it didn’t take long for things to get a bit loud. Anyway, while I was standing at the bar talking to Travis Pastrana, Andy Priaulx came up to me. ‘I’ve got to take the missus up to bed, mate,’ he said. ‘She’s had a few too many. I’ll tell you what, though, while I’m gone just watch him, will you,’ and then he gestured somewhere to his right. ‘Who are you talking about,’ I asked. ‘Michael.’ ‘Who, Schumacher? Why?’ ‘He’s got that look about him. Seriously, mate, just watch him.’ Partly because of the music, and partly because I’d had a few, I didn’t know whether Andy meant watch him as in watch him for a laugh or watch him as in be careful, but it didn’t take long to find out.

About five minutes later, while still talking to Travis, I suddenly felt somebody grab hold of one of my back pockets, and before I could do anything, they’d yanked the back of my trousers off down one leg. ‘What the hell’s going on,’ I said, turning around. You could have given me ten thousand guesses at what I was about to see but I still wouldn’t have got it. It was just incredible. There in front of me was Michael Schumacher tying my arse pocket and half my trouser leg around his head like Rambo. My immediate reaction was to jump on him and try and get my trouser leg back, which I did, but after rolling around on the floor for a minute or so, I realized that this was futile. For a start, I hadn’t brought my sewing kit with me, so wouldn’t have been able to mend them, but he also kept on giggling, and I found that very disconcerting. People don’t giggle when they fight. That’s just ridiculous! What really made me think again about getting involved in a punch-up was that Sophie would be arriving soon from England, and if I’d been thrown out of the hotel for fighting–with Michael Schumacher–she wouldn’t be happy. Instead, I got him to the ground, grabbed hold of his shirt sleeve and ripped it off, as if to say, There you go, sunshine, have a bit of your own medicine! This was actually meant to bring it to an end–an eye for an eye, or in this case a sleeve for a leg and an arse pocket–but instead of then shaking hands and going our separate ways, or even him calling me a name or two first, which would have been acceptable, Schumacher smiled at me as if to say, Shall we go and do this to some other people? Oh Christ. Talk about a red rag to a bull.

Before I knew it, Michael and I were marauding through this party like a couple of Vikings, except instead of raping and pillaging like the Danes used to, we were tearing off people’s party gear. First of all, we’d pick a victim, and then Michael would point to whatever garment we were going to remove. Then, after three, we’d attack. What a way to spend a Saturday evening! About half an hour later, Sophie turned up, and one of the first things she saw when she entered the room was me with Michael Schumacher’s shirt sleeve tied around my head and wearing what must have resembled some arseless chaps. I looked like a gay John Wayne! My shirt was also ripped to shreds, and there, with his arm around me, was a seven-time Formula 1 world champion with the look of a lunatic about him. I’ve just realized, it was Breakback bloody Mountain! ‘What the hell’s going on, Jason?’ she asked from a safe distance. ‘Awwww, it’s great fun, this, Soph. Seriously, get involved!’ With that Michael and I went to find some fresh meat–or fresh fabric, to be exact–with Sophie in tow so she could witness. It turned out that this is Michael’s party trick, which was what Andy had been referring to. I had absolutely no idea, though. Seriously, Michael Schumacher is an absolute lunatic when he’s got a drink down him. He’s great fun.

The next night, after the Race of Champions, we all got together again, and this time Michael–who it has to be said wears some very strange clothes when he’s out and about–set to work on the winner of the event, Filipe Albuquerque. Like me, Filipe was new to the Race of Champions, and literally an hour or two after winning it at his first attempt he was standing in a hotel in just his pants, having been forcibly derobed by Michael Schumacher. This wasn’t the best bit, though. A bit later on, Michael was standing at the bar with me, Sophie, Andy Priaulx and his missus and one or two others, and we were knocking back schnapps and all kinds of stuff. It was epic. Then, all of a sudden, Michael spotted his wife over the other side of the room and, after turning back to us, he giggled. I thought to myself, what is this German nutcase going to do now? His wife was sitting on one of those modular sofas, and after running across the room he dived and then rugby tackled her! Both of them went flying over the back of this sofa and for a second I thought he might have killed her. Fortunately, he hadn’t, but when they got up she started giving him a right mouthful. Undeterred, Michael then leaned forward and ripped off his wife’s top there and then! ‘**** me,’ I shouted. ‘That is unbelievable!’ Whilst Andy and I were impressed by what we’d seen, Sophie and his missus most definitely weren’t, and after giving me a look that said something like If you even think about doing the same to me, I will castrate you here and now, Sophie said, ‘That’s it, I’ve seen enough. Come on, we’re going to bed.’ I didn’t argue. It’s best not to in those situations. Be honest, is that how you imagined Michael Schumacher? I bet it isn’t. It’s funny what people do to unwind, though. Most racing drivers I know go cycling these days, which does not interest me one bit, but Michael Schumacher used to undress people.

Finished the first season of MyCareer in 2020 and Bottas beat Hamilton by 14 points Grosjean retired and i dont know if its because he was in my team but Haas chose Lord Mahaveer Ragunathan as his replacement. Also for some reason Codemasters filter prohibits you from having Scuderia in your team name.

Rawrgna wrote:Also for some reason Codemasters filter prohibits you from having Scuderia in your team name.

They also don't allow the engine manufacturers to be included, which meant i was unable to call my team Fuji Honda.

Rawrgna wrote:Also for some reason Codemasters filter prohibits you from having Scuderia in your team name.

They also don't allow the engine manufacturers to be included, which meant i was unable to call my team Fuji Honda.

Yeah, they filtered the italian word for Racing. Bonkers. Really wanted it in my team name.

The MS story is very unexpected! 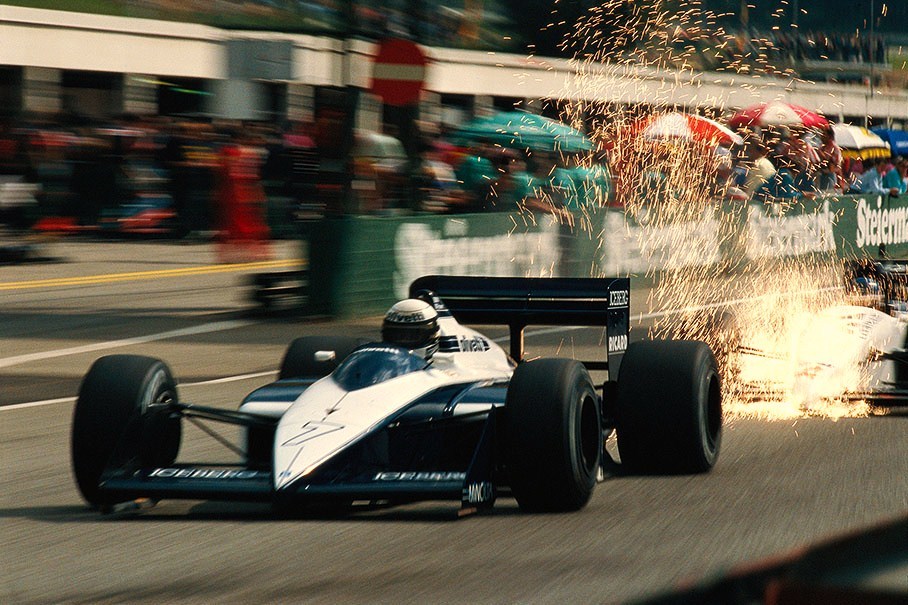 Really well deserved. Can't think of a knighthood more appropriate for a British sportsman in the last 20 years given what he has achieved on track.

Cant believe this is the same guy I cheered on to win the GP2 at Silverstone from Luffield in 2006. Incredibly proud to see what he has gone on to achieve. Legend.

But his taxes...etc. What do you mean Jenson Button did the same thing?

Will his name on the timing screens during races now be SLH, instead of HAM

Neo Cortex wrote:But his taxes...etc. What do you mean Jenson Button did the same thing?

Why does Boris suggesting Lewis gets a knighthood baffle you?

Neo Cortex wrote:But his taxes...etc. What do you mean Jenson Button did the same thing?

Why does Boris suggesting Lewis gets a knighthood baffle you?

I'm not sure. Probably just can't imagine him being much of a fan I guess. That or I'm an immense cynic and think it probably ticks a few boxes