Vermilion wrote:Well that sucks, any idea who Racing Point's third driver is?

Is Nico going to restart his career 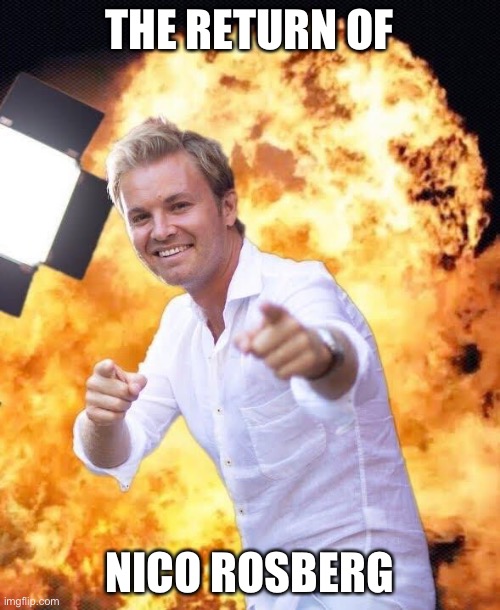 Watch Hulkenberg replace Perez and score his first.podium only to have it taken away when the FIA rule against Racing Point.

Just seen on Twitter that the current favourites are indeed Gutierrez and Hulkenberg, god I’d love for Nico to come back and get a podium

Edit, seeing that Gutierrez doesn’t actually hold a super licence anymore and he might struggle to cover the 300km before qualifying to get approved so Hulkenberg is looking quite likely. Vandoorne has Formula E coming up as well so that might put him out as he’d need to cover 2 races.

Either way, they're gonna have to make up their minds pretty quickly, only a few hours now until first practice.

Do people really rate Hulkenberg? He's not done anything of note as far as I can tell.

He's probably the best available at the moment, especially at such short notice.

Hulkenberg is a bit of a funny one, a lot of people seem to really rate him although I think he’s like so many other F1 drivers, very good but not great. You can’t deny he’s not been in the right place at the right time for a good portion of his F1 career, but on the other hand he’s not exactly capitalised on his best opportunities either. It does feel like a slight shame it never properly got going at Renault, so we could see what he could do in a high ranking, manufacturer backed team as he had the measure of his teammates and didn’t look bad against Ricciardo in 2019 (qualifying was actually very close and the end of season points tally wasn’t a mile apart) either but I can see why they wanted to take Ocon over him going forward.

Vermilion wrote:He's probably the best available at the moment, especially at such short notice.

I think this will be the deciding factor though, its very short notice and if he has a clear COVID test then he’s probably the best bet for 2 races at least, even if he’s just a safe, capable driver to pick up some solid points.

but not the UK

Gotta keep Sky happy to keep getting their money, I suppose.

I know I’m a slight hypocrite as I was it all on Sky but the sooner they lose their exclusive deal the better, it’s doing no favours for expanding the viewer-base in the UK.

Hulk been spotted at Silverstone as well, if his COVID tests comes back negative I take it they’ll be running him for the next 2 races.

Pretty pissed off that Racing Point haven't given me the call tbh.

Hulkenberg could potentially get a podium in that Racing Point.

Hulk will be running in 3rd, hell then break down on the last lap, letting Stroll get a podium instead

Hulk in the car, they said he didn’t need much persuading to jump in the car which I dare say surprises a lot of people

Even a year old one!

That must be uncomfortable to drive for Giovinazzi, gonna have damaged his floor for sure.