Why bury them inside plastic bags?

I was a bit concerned that our cat was buried inside a non biodegradable box but didn't really want to argue against it at the time as my sister was utterly distraught.

On a far more happier note, I've just seen pics of the kitten my sister might be getting soon, I say might as its a cross between a British shorthair and Scottish fold and she's waiting to find out if its ears are going to stay folded (apparently it'll be a month before the breeders can tell).

I don't particularly care for folded ears but its ridiculously cute at the moment (around a week old).

Finiarél that's strawberry floating awful, are you sure that's your cats?

That’s horrible, I’m really sorry for you and them

I have always just been a dog owner until recently and always thought of cats not to be very loving but I was completely wrong, I have 5 bengals and they are all very friendly and loving but two of them (Dutches and Prince) are extremely loving and want me all the time

I would kill anyone that did that to my cats.

strawberry floating hell Fin, that’s like something out of a serial killer movie.

gooseberry fool, just reread that and realised the implications of both the missing cats bodies being found together.

That's some grim disturbing gooseberry fool with the ex-neighbours. What were they like? Weirdo's or came across as pretty normal even though obviously far from it the sick twats.

This is Bob, had him about 3 weeks now. Wanted a kitten but ended up with a 7/8 month old and he's a spot on cat. No accidents, attention lover and was confident enough with him to let him out after 1 week. Previous owner said he was more of an outdoor cat but to me he's the total opposite and spends most of his time inside. Totally allergic to animals though which includes cats

His Highness, soaking up dem rays.

Aww, little Willy goes far but when we sit outside she always stays close 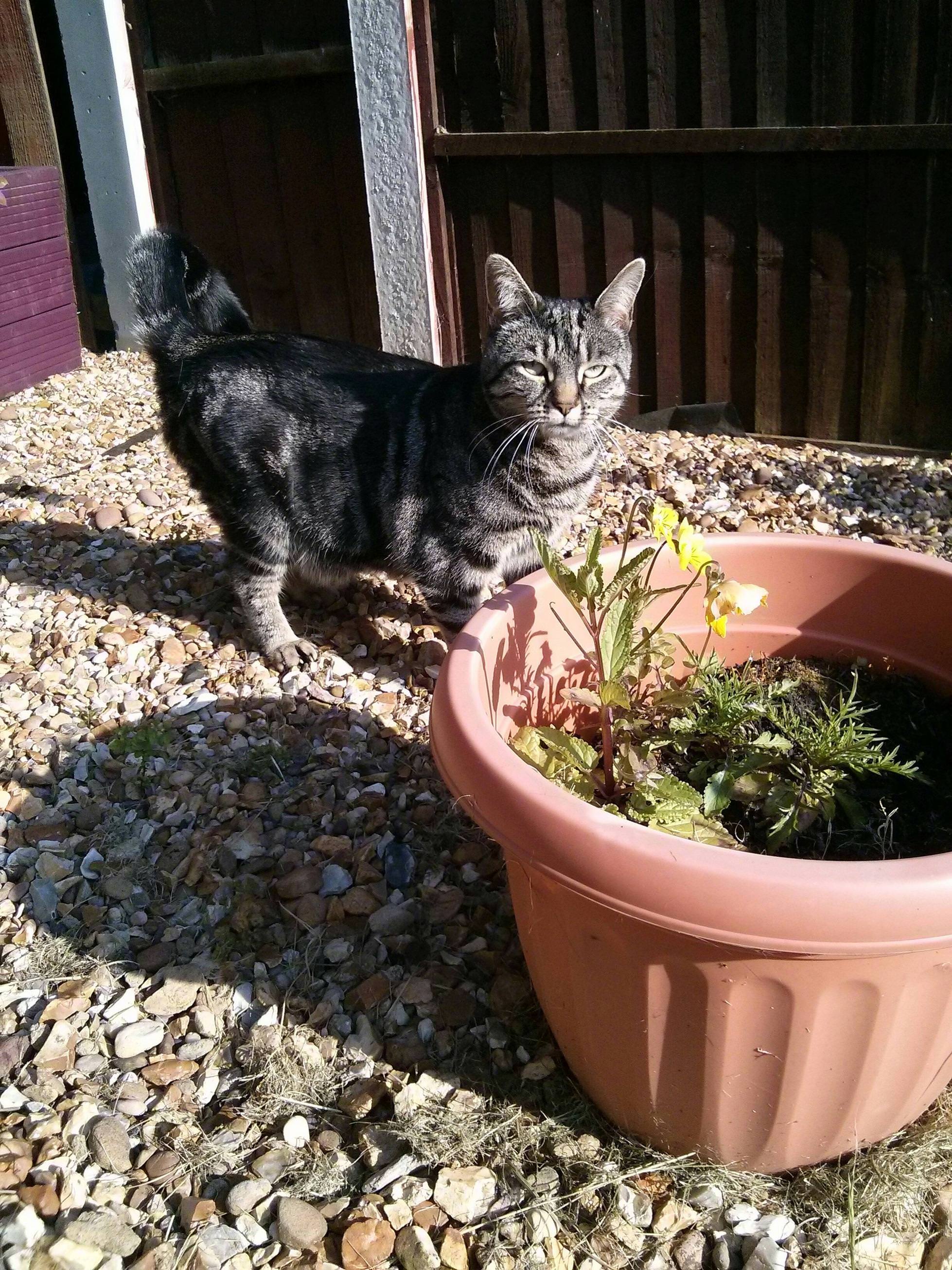 strawberry floating pissed off this morning, walking Jack on a lead as always and as yesterday, there's a little staffy off it's lead with it's owner really far away. It only wants to play and it's the owner's fault, but it was running up and doing fly bys making Jack go mental, jumping in the air, hitting the end of his lead and snapping around. I lost my rag and started shouting as loudly as I could to try and call him down, but also aimed at the owner

Why should I have to reign my dog in who's behaving while this one runs in circles around my feet winding him up? All the while the owner is plodding up and then goes, "Oh she's no bother, she only wants to play!" And I think my expression turned his

This is the second day in a row now. I wonder if he'll learn and put it on a lead tomorrow? If you can't control your dog, keep it on a lead. It's not even a walking off the lead area, it's by the side of the road on a narrow bit of grass.

Nah strawberry float that. Loki only gets off his lead when there’s no road access nearby and even then it depends what other dogs are about it as he can be a strawberry floating terrorist at times.

I’ve noticed a middle aged guy who lives near me takes his pitbull out before I leave for work in the morning, at about 7.40. Without fail he’ll be standing at the top of the street on his phone while the dog wanders round a corner and off down the street. IF YOUR DOG IS HIT BY A CAR, YOU ARE RESPONSIBLE YOU IGNORANT TWAT.

Ad7 wrote:This is the second day in a row now. I wonder if he'll learn and put it on a lead tomorrow? If you can't control your dog, keep it on a lead. It's not even a walking off the lead area, it's by the side of the road on a narrow bit of grass.

Wife and I were out with the dog once, and we were obviously trying to train her to ignore this other dog that was approaching. The owners let it run up and do exactly what you've just described, breaking our dog's concentration and sending her apeshit.

As the woman (and her husband) went past, she said - "ah, it's because your dog's on the lead".

I'd not had a good day and I went strawberry floating apeshit. My words were to the effect of "No, it's because your dog isn't. Some strawberry floating brass neck on you to blame my dog for your actions. What other problems in your life are other people's fault?..." and so on. She and her partner trudged off without saying a single other word. I finally shouted 'Apology accepted, dickheads.'


Doesn't help to get wound up, obviously, and I dread bumping into them again now

But still, the first thing off her tongue was to apportion blame elsewhere. people are such banana splits.

It's not just me then

It is not, our dog hates most dogs, on lead or not so if they are off lead, it makes things more difficult. Our dog is like this because, you've guessed it, selfish strawberry floaters could not control their dogs when he was just a puppy. His dog life has been ruined as a result.

Never got around to posting at the time, but we looked after a friend's frenchies a while back: 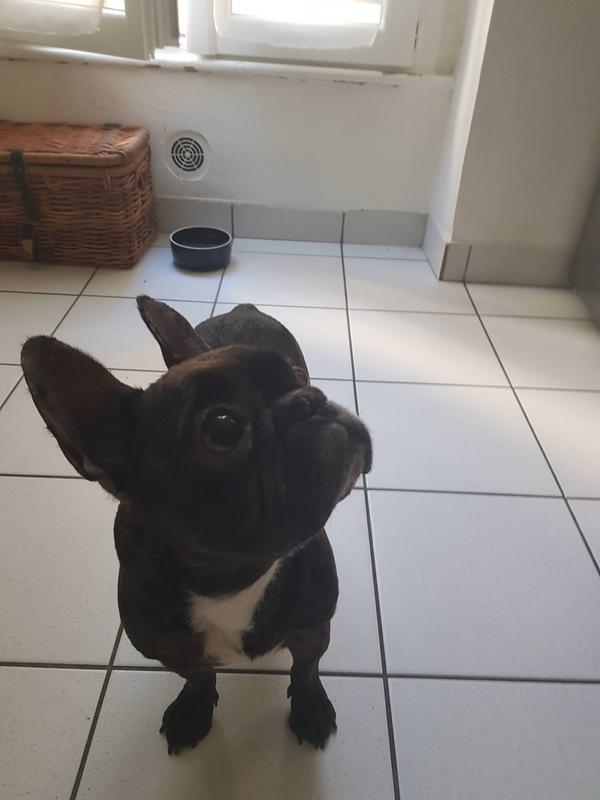 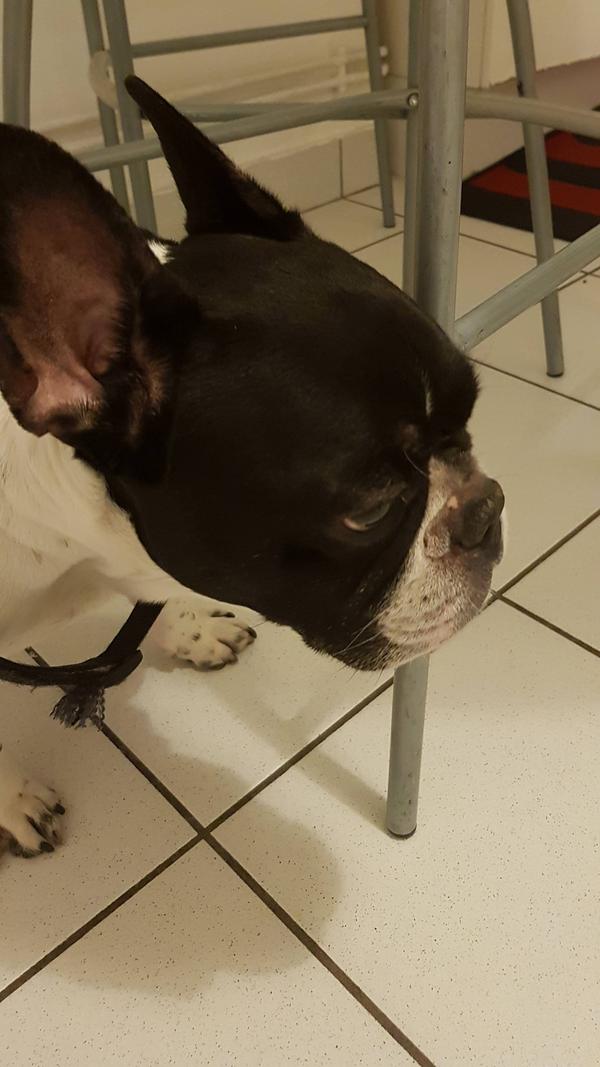 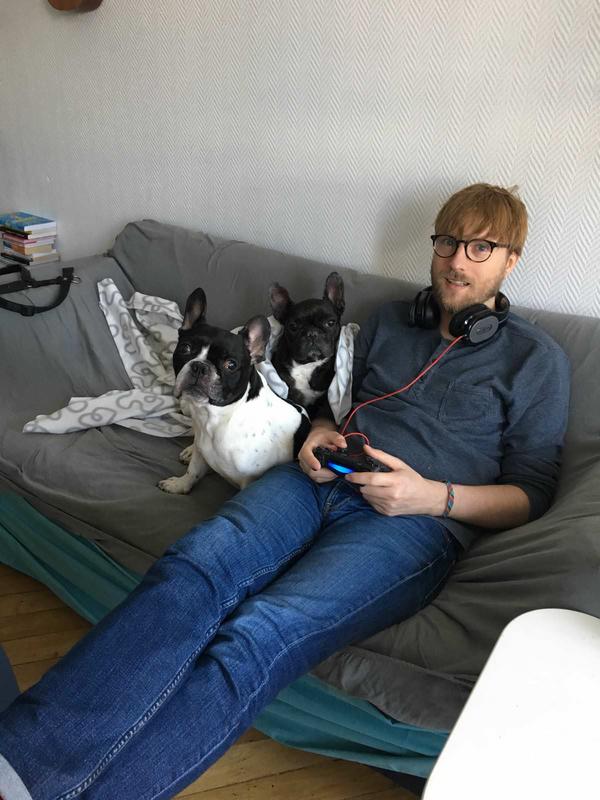 (With apologies for the self insert)

They were both getting on a bit and had more health problems than the NHS, but they were the gentlest, nicest dogs I've ever met. Daft as strawberry floating posts though.

Now I want a dog again.

Dog is having a bad day today. When I took him for his walk it was very slow and he would normally be pulling like mad. Looks like he is in more pain than normal from trying to lay down. Given him some pain killers today so hope this improves things for him.

Heartbreaking knowing he is old and not much that you can do for him.

Death's Head wrote:Dog is having a bad day today. When I took him for his walk it was very slow and he would normally be pulling like mad. Looks like he is in more pain than normal from trying to lay down. Given him some pain killers today so hope this improves things for him.

Heartbreaking knowing he is old and not much that you can do for him.

That must be a horrible feeling DH. Hopefully you get a bit more time with him while he's still relatively comfortable. What age/breed is your dog?

Posts like this give me the absolute fear. Lokes is coming up on three in July so hopefully we've got plenty of time left but the thought of him not being around for a quick cuddle or even one of his patented "How dare you leave me" angry sideways glances genuinely upsets me.

It's weird how ingrained he's become to all of our daily routines in the two and a half years that we've had him - I don't think I quite realised before he turned up how much I could love an animal, as odd as that might sound.

Just realised we had this thread.

My Fiancee and I got a Kitten about 10 months ago and I'll need to get some pics posted later on.

He is 10 year old GSD, a couple of months away from his 11th birthday. Life expectancy is 10-12 years but I guess you hope that your dog will buck the trend. I hope today turns out to be more of a one off than a regular occurrence as I have plans on him beating the record of 20 years for a GSD.

*edit* Strangely, a couple of days later he was back to his old self, pulling like a train. I have been giving him some pain killers, but as I was giving them to him first thing in the morning and he has now been back to normal first thing before getting them I don't think it is down to that. I do remember that a change in pressure can play havoc with arthritis sufferers so I'm kind of hoping that is what the problem is down to.