Errkal wrote:Jinx had to go to the movers yesterday and have a tooth removed. Now Rupert our other cat just hisses at him making him sad they were awesome buddies, he keeps going over to play and just gets hissed at and growled at. 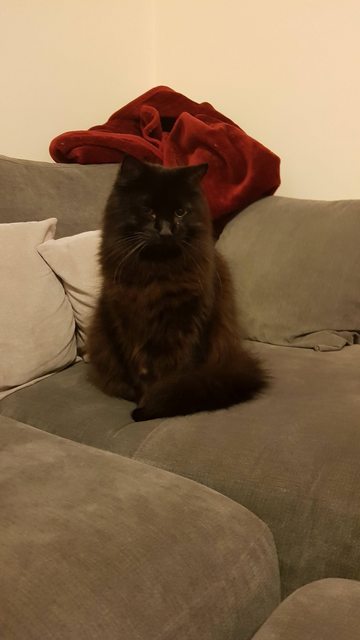 He probably just smells funny like the (I assume) Vets. They'll be friends again soon.

yeah vets, what the strawberry float android how do you get movers from vets!

Normally they are fine after a trip as the wife works at the vets so they should know the smell.

Olli seems to like other cats more than people. This is fine but Cali can get pissed off at him when he keeps annoying her for too long.

Olli seems to like other cats more than people. This is fine but Cali can get pissed off at him when he keeps annoying her for too long.

I’m the latter 20’s and I have 5 cats... I’m going to die alone and my cats are going to eat my remains, I’m officially turning into the crazy cat lady. Except I have a penis

No way to get out and he got very agitated when I tried (he's NEVER hissed at me before in 6 years, and never been so vocal about not wanting to be handled)

Took him to vets first thing this morning - it's not splinters, that's just blood crusted/dried on fur hairs. He's been bitten

Had to leave him to put under, shaved and stitched up. Never left him before - felt so bad.

He HATES the vet. Always gets scared (he's a rescue cat and I think he remebers the shelter). Peed all over himself (and carrier) when we went it - which promptly got all over me and the nurse. Poor little guy

Shaved chest, loads of stitches and cone of shame.

Sorry Hexx, it's rough seeing a cat like that. Hope he heals up (and has his fur grow back) fast.

£350 though! Little strawberry float is lucky he's cute (and I'll got most of that from insurance)

Grilled him some chicken at 11pm last night as was being so pathetic. 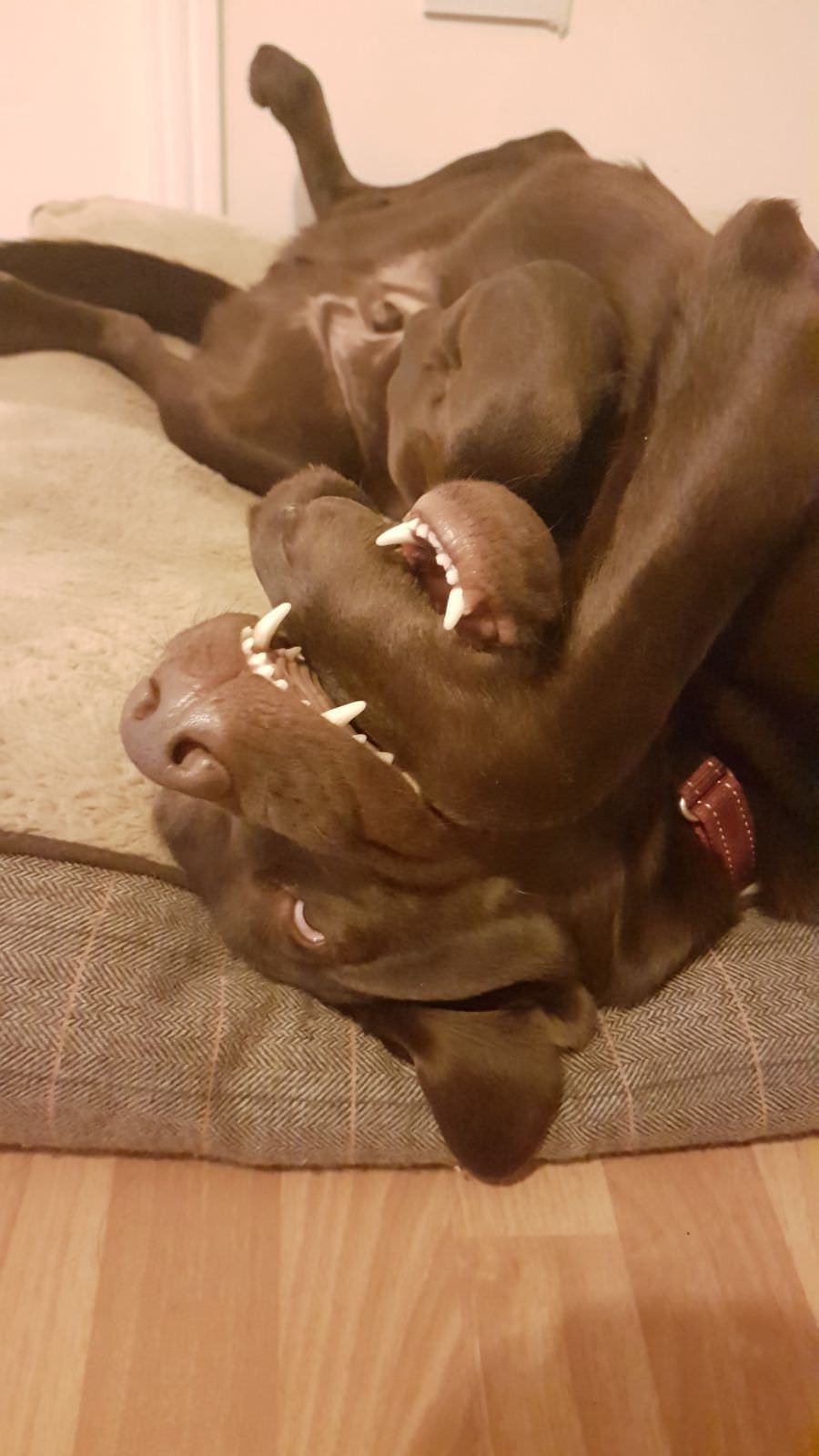 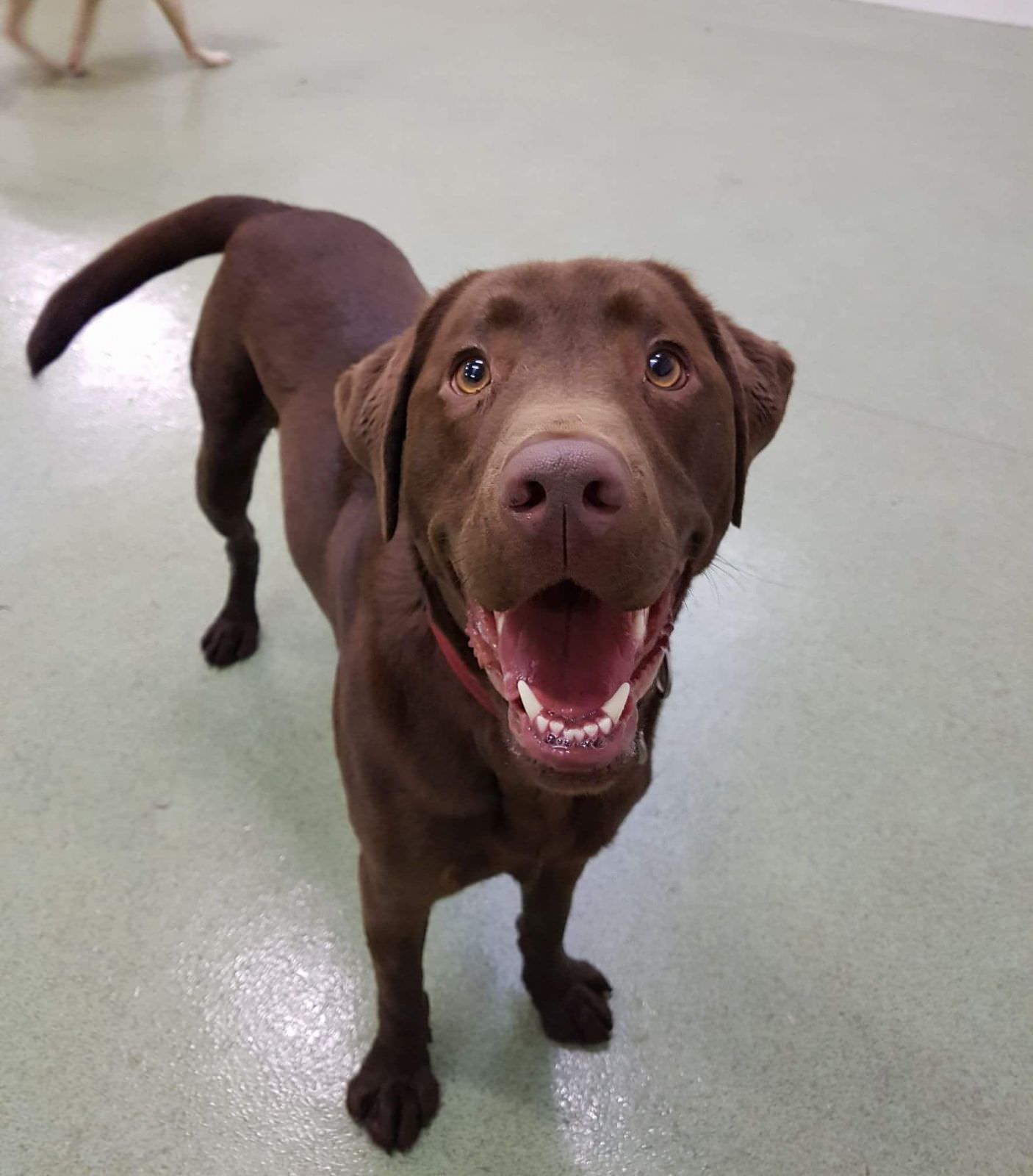 As I have the time in the morning now I've started taking Jack on an extra walk. Other dog walkers at that time of morning

Almost every one of them has their dog off the lead running around on the pavement and roads while they glare at their phones, or a scratty rat of a dog (why bother? Just get a cat if you don't want a proper dog) on an extended lead being a pain in the arse...while the owner glares in to their phone.

Now you've figured out how to post/upload images, pics pls

He asked to go out too.


He asked to go out too.

He looks so happy and excited.

So it's been a while since I put some Obi pictures in here! He's big now, We've had him just over a year and it's for the majority of the time been really good! ( Had a slight issue where he was eating our post for a week so )
We where pretty worried that he wasn't going to like the water because he refused to get in it for a long time. But as you can see, We don't have that problem now, Can't keep him out! 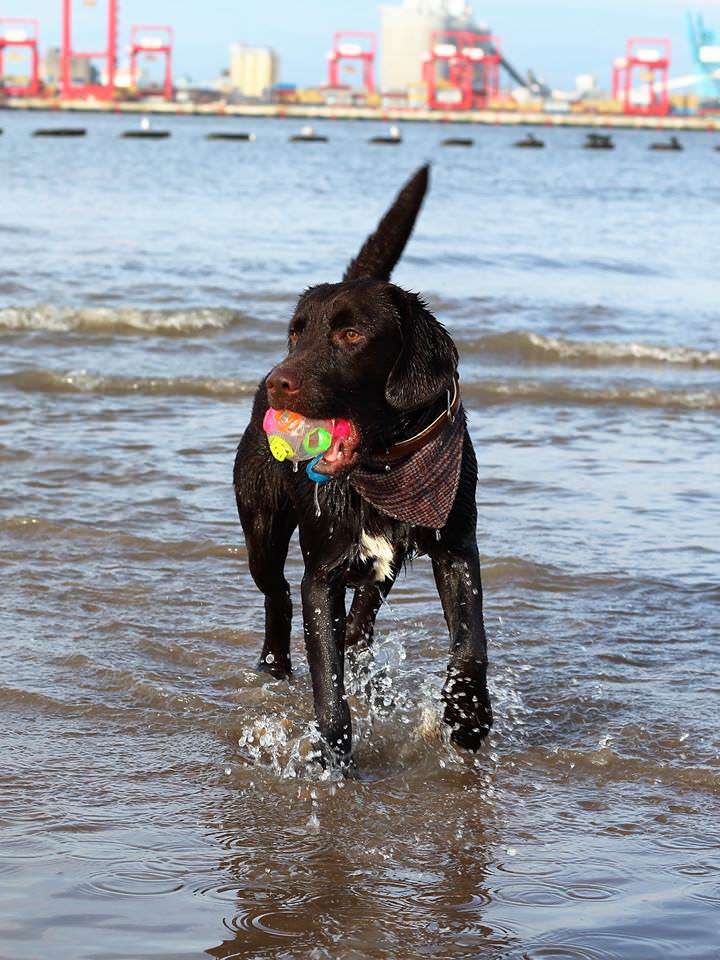 I don't know if I had mentioned it when it was all happening, but we lost 2 of our cats about 2 years ago. Dexter and Chewie, We searched absolutely everywhere for them and Jen and the kids where heartbroken. Myself included.
Well. We recently got new neighbors. Lovely people and have been doing a lot of renovating on their house. When they where digging up in the garden, They found 2 bags with 2 smallish bodies with the some bits of fur still there. Tabby and Black.

It's ruined me. I knew they where both dead. But I was always hoping that you know, one morning I'd open the back door and both the little dick heads would be sat there.
I miss them both, so much. Finiarél wrote:They found 2 bags with 2 smallish bodies with the some bits of fur still there. Tabby and Black.

Your ex-neighbours killed them?