Lex-Man wrote:I don't know if this belongs here but Nationwide are going to let their staff work anywhere they want.

Nationwide is to allow 13,000 office staff to choose where they work under a new flexibility scheme.

Under the plan, Nationwide is closing three offices in Swindon, with 3,000 staff either moving to the nearby HQ, working from home, or mixing the two.

Other UK staff may be able to work from their local High Street branch if they prefer, rather than travel to offices.

In a Nationwide survey of staff, 57% said they wanted to work from home full-time after lockdown ends. More than a third - 36% - said they preferred a mix of home and office-based work.

Joe Garner, chief executive of Nationwide, said: "The last year has taught many of us that 'how' we do our jobs is much more important than 'where' we do them from.

The revolution is upon us

Going to be weird popping round someone's house to pay in a cheque though.

Although it might be way more convenient if it's near by, although I feel for whoever has to pick up all the paperwork.

Doesn't surprise me, I expect many banks closures over the next few years and they try to push online banking.

If lots of banks are going to shut up shop and move to online/WFH for their staff then that is great, but they better hurry up and get all of their gooseberry fool together so things can be done online - I've still had to go into the branch for way too many situations over the last few years

What do Ant n Dec have to say about this.

Jenuall wrote:I've still had to go into the branch for way too many situations over the last few years

There are an absolute ton of reasons why it's better to do things in person with a lot of this sort of stuff, yet as ever, online will continue to be pushed while the banks keep shutting branches.

Eventually, i suspect it won't matter what it is folks need to do in terms of finance, the only method of getting banking done will be either an app which often crashes, or a phone call to an automated system which won't allow anyone to speak to a real person (just like the bloody British Gas switchboard).

The bank said it had taken the decision because fewer customers were choosing to bank in branch.

Gee I wonder why that might be the case at the moment.

After John Lewis announced they were closing the Peterborough store, Beales have just announced they're coming back to the city after lockdown.
It makes a change to see a store re-opening, so that's some good news. 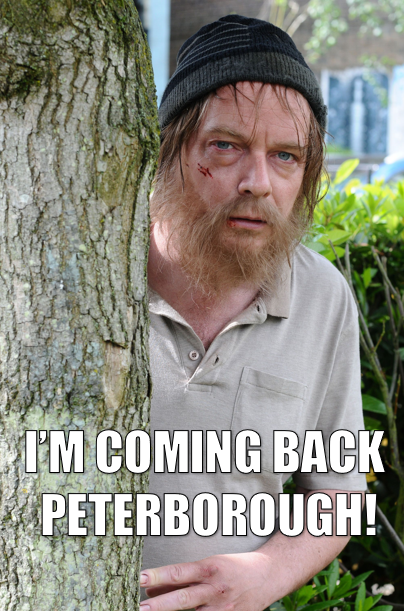 Please tell me that's a real promo picture for eastenders

Well it's certainly not one from my own private collection...

Jenuall wrote:Well it's certainly not one from my own private collection...

Are you sure? I used to see a whole bunch of homeless folk on Exeter High St.

I absolutely HATED working there. Its also not a very good bank, they charged me all the strawberry floating time for no reason.

They charged you for working there?

I absolutely HATED working there. Its also not a very good bank, they charged me all the strawberry floating time for no reason.

When I did my PGCE they had a Santander branch in the Uni. They signed a load of people up telling them that it's really convenient to bank on campus at the freshers fair and then closed the branch the next month.

Well not FOR working there, but whilst working there. They were as much of a strawberry floating nightmare as Rosalind.