Rawrgna wrote:wait so are Retribution at all connected to the Hacker who was teased on smackdown recently or is that dropped?

I mean, does anyone truly care at this point?

Watching AEW Dynamite on the ITV Hub continues to be quite the torturous experience, and they’ve truly outdone themselves tonight. They’ve inserted so many adverts the show has actually exceeded the 2 hours, and I haven’t even got to the main event yet.

My spine broke with the cringe when Retribution debuted!

They were the least intimidating faction I have ever seen, it looked like they had offered contracts to some of the Antifa protestors! (that isn't a diss against Antifa, they are just normal every day people, but it's not a great look for a wrestling faction).

I tend to believe they wanted to capitalise on BLM and reboot the nation of domination as Meltzer reported. I think that would have been a horrible idea, but this one isn't much better.

Also the hacker story feels like it's about 15 years too late anyway. Hacker stories felt dated when the last Die Hard film came out.

Having watched it today, I initially thought it was The Ninjas that has currently turned Tozawa into a joke character along with that very tall bloke who is like the second coming of The Yetay.

The chainsaw to the ropes was great, but the destruction of the ring with a load of small men was like a poor man’s Nexus...who were a poor man’s nWo anyway.

The other thing with the Nation of Domination, if that is what they’re going for, is that they were believable tough dudes. I don’t want to be SIZEST but if you’re going to run roughshod over the entire company like that you’ve got to look the part. Otherwise it’s just all a bit Shane McMahon punching into thin air while Randy Orton rocks his head back pretending to sell this unconvincing arse kicking.

In terms of inappropriate storylines I don’t think anything will top ‘terrorists’ coming in and garrotting the Undertaker right after the London terror attacks, promising Sky Sports that they wouldn’t air it again, and then airing it anyway at The Great American Bash (which resulted in Ofcom upholding a complaint against Sky).

Kamala has passed away at the age of 70. A reporter on Twitter said he'd tested positive for COVID within the last week, combined with his various health issues including diabetes (which cost him both his legs) he went into cardiac arrest and died.

Lots of videos online about how he was totally and completely exploited by WWE.

RIP Kamala. Didn't know about his health issues, that is rotten.

I knew he'd had poor health for some years but that is very sad. I'd also heard he was exploited by WWE as I'm sure I heard a story about how they ripped him off with his payday for his match with Undertaker.

I never knew that the guy was used as an attraction like Andre though in the territory days. Seems he got Mcmahon's attention and he squeezed every dime out of him. It's a gimmick that looks very questionable these days however.

British and Japanese wrestling legend Mark 'Rollerball' Rocco also passed away recently. He might not be that well known to modern fans but his style is considered a big influence on modern day cruiser weight wrestling especially his work in Japan as the original Black Tiger. I didn't know him growing up but saw a lot of stuff when old World of Sport era matches were shown on The Wrestling Channel.

I figured she was in her 20s! Part of the reason Vince isn’t too high on her I suppose! 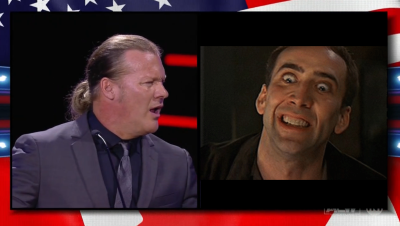 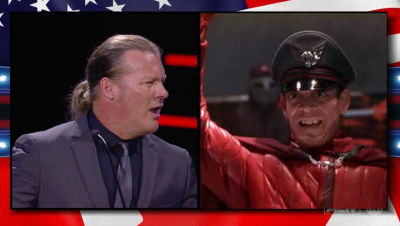 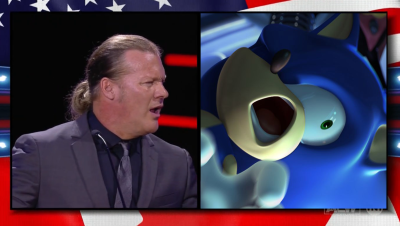 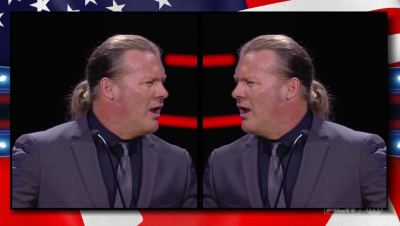 Opinions expressed in this post are those of RJ Badman and do not reflect the views of Bovril Fluid Beef Ltd.
Top

Got to hand it to Flair, he cut a superb promo on Raw. You can tell that whole TNA stint was because it absolutely killed him to have to retire.

Took me a few seconds to recognise that ponytail fella as Chris Jericho.

Jericho vs Cassidy was a bit of a botch fest from what I have seen.

What’s the deal with John Cena these days? Has he silently retired from WWE? What does he do now, not seen or heard of him in ages.

Makes movies you buy in Poundland.

(They’re not that bad, but I have seen a few in Poundland)

Didn’t Ford sue the pants off him?

Didn’t Ford sue the pants off him?

*Jorts.
I think he only lost less than 100K on that, which he could well afford.

Last film I remember seeing he was a part of was something called ‘cockblockers’ or something akin to that?


I guess this is the modern day equivalent of Eric Bischoff shitting on Vince McMahon every week on Nitro. #WednesdayNightWar

So weird that Joe Biden's new running mate for the US Presedential election is "Kamala Harris", announced the day after the death of James "Kamala" Harris.