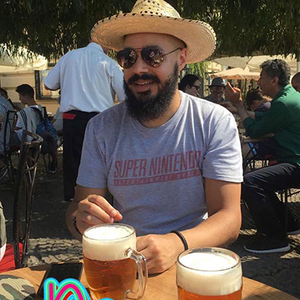 This is radio, not television wrote:Singapore also looks like a strawberry floating incredible place to visit. The man-made trees, holy gooseberry fool!

They are indeed amazing, I was there recently and hadn't heard about them before, so imagine my surprise when I saw this: 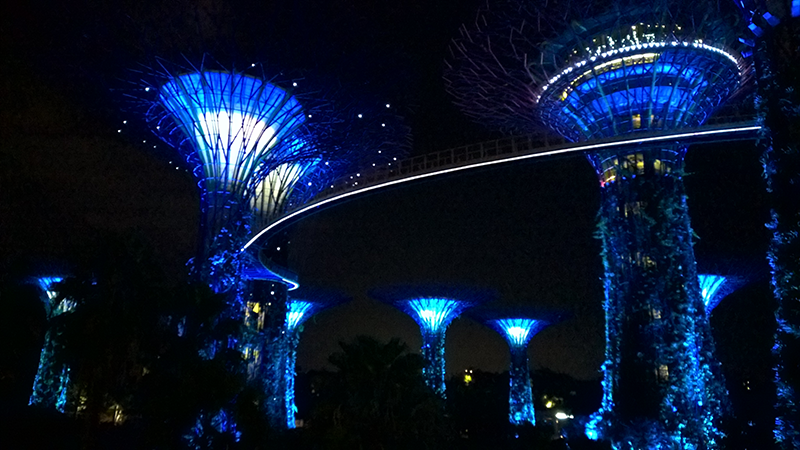 It was truly otherworldly!

This is radio, not television wrote:the bearboogie and the music they played alongside it

Yeah but the sounds are probably put on in post production

Has anyone else been watching Taboo?

Episode 3 was last night, and I'm loving it so far. The casting is brilliant, with Tom Hardy being absolutely perfect as the lead in this. Reminds me quite a lot of his performance in Bronson. Mark Gatiss as King George is a lovely touch, too. Funny, but without being out of place in a show that is otherwise incredibly bleak. This is what "period dramas" should be. None of the faux-nostalgia that fills Downton Abbey and the like, as though these were always simpler and better times, and it avoids the obsession with the upper classes that so many other period pieces have. Whilst the Delaney family were certainly well off, and spend a lot of time dealing with the wealthy East India Company, a huge portion of the cast are also the poor working class on the banks of the Thames, including all the unsavoury characters that move among them.

All episodes are currently still on iPlayer, so I definitely recommend catching up with it.

Yup watched the first two episodes. Hardy is always a fun watch and has a great cast. It's got that gritty peaky blinders vibe, which ain't a surprise, since its done with Stephen Knight.

I really should get round to watching Peaky Blinders at some point.

Whitney in Eastenders - bang or no bang?

A UK company has bought the rights to Survivor (a show some may remember from 2001). It got taken off air after 2 seasons but I've been watching the US version for years and have seen every single episode many times. If a new season of the UK season gets the green light I will be doing everything I can to get on. Buzzing!

I vaguely remember that, seems like an interesting show I would probably watch (assuming it isn't strawberry floated up by the return being with strawberry floating "celebs")

I watched the first series, I think. I seem to remember a woman prison guard who was quite full of herself, and I think she cropped up in some other reality show too. A bit vague.

EDIT: Ha, Zoe Lyons was a contestant in the first series!

EDIT2: The one I was thinking of was JJ Adams (RAF, not prison service), and she was also in Jailbreak, which was a lot of fun.

Strike's finally got a release date! (The adaptation of the Robert Galbraith/JK Rowling detective books) I've been checking for news on it for ages, just seen it starts this Sunday at 9:05.

Will be interesting to see how much they've had to cut if they're only spending an episode or two on each book...

Anyone else watching The State?

Despite that one scene, it's thankfully not overly violent/gory because I think it would be too traumatic knowing it's all based in such horrific reality.

The League of Gentlemen is coming back for three special episodes!

BBC Two can confirm that the much-loved and critically-acclaimed comedy The League Of Gentlemen will be back on screen later this year for three special episodes, to commemorate the twentieth anniversary since their debut on BBC Radio. Their career launched with the BBC in the same year they won the Perrier Award for Comedy at the 1997 Edinburgh Fringe Festival. Mark Gatiss, Steve Pemberton, Reece Shearsmith and Jeremy Dyson will be reuniting for a return to Royston Vasey. The League Of Gentlemen ran for three series on BBC Two and won the Rose D'Or and the BAFTA for Best Comedy Series in 2000.

The specials are commissioned by Patrick Holland and Shane Allen, Controller BBC Comedy, and they will be produced by BBC Studios. Executive producer is Jon Plowman, the producer is Adam Tandy, and the director is Steve Bendelack.

I only just found out there was a series 3 of Inside No.9, gonna have to catch up on that in the meantime.

They've already been shooting series 4, too.

Spent last night and today binge watching both seasons of The Windsors. Really good stuff but definitely went off the boil in season two. Think they should leave it at that now. As an aside I really recommend Camping with Julia Davis...superb characterisation and script.

What do people think of Back then? Seen the first two episodes. It's alright, I think. Looking forward to seeing more.

Louis Theroux back 8th October, for a series looking at the dark side of America - from prostitution to drug addiction.