Peter Crisp wrote:Red Dwarf will be back but as a 2 hour special.

Yeah I saw that this had been leaked a few weeks back. More Dwarf is always welcome, but in the same breath the last time we had a "special" we got Back to Earth which was, lets face it, a bit shite.

Looks like filming has officially kicked off for the Red Dwarf special:

Looking forward to it. There have been hints that this could be a "finalé" for the show which would be a shame, but it has got to end at some point I suppose!

A full on feature length final episode could be a great way to go out.
The time between series is now getting beyond silly and the actors can't go on forever and the show just won't work with anyone else so if it's good (doesn't need to be amazing just a good ending will be enough) I'll be happy with that.

As you say, everything must end eventually.

Yeah and to be fair we've had 30 years of Dwarf (with some gaps and variations in quality admittedly!) so it's hard to be too disappointed that it cannot go on forever!

I'd love something that managed to meet the quality of the early Grant Naylor stuff, but even if it is just on a par with the recent Dave series I will still be happy.

That said I'm not really sure how you end something like Dwarf, short of killing everyone off!

Getting back to erf innit.

What makes you think there'll be any Earth? And even if there is look what it's done to a household pet in three million years!

Can you imagine what has humankind evolved into? To them, Lister'll be like the slime that first crawled out the oceans!

I agree.
If humanity has managed to survive that long it'll be so far advanced as to be unrecognisable. Maybe they'll be something like the Vorlons from B5 or we could have nuked ourselves back into the stone age and the planet is just recovering.
I don't think that'll be how it ends as it's not really what the series is about. Yeah, they say they're heading back but if all he really wanted was that he could have just put himself back in stasis and boom, back at earth at the start of episode 1 all those years ago.

So rick and morty s4 won't be on netflix in the uk since it's gonna exclusively air on channel 4 in january. What a joke lol

Now where did I put my cutlass and peg leg...

Seasons 1 - 3 of Seinfeld are on All 4 player App. With a new season added each week.

I've been watching a DVD of the ITV drama Vanity Fair, i'm probably the only one here who knows it though, as the show ended up largely ignored due to it being screened in the same time slot as Bodyguard on BBC.

It's really good fun, Martin Clunes in particular steals the show in a couple of episodes.

I highly recommend it.

From Gareth Evans, director of The Raid.

You can certainly see The Raid in that! Looks good.

Damn, the latest episode of Inside No. 9 might be one of my all time favourites. Not what I was expecting and all the better for it.

I thought it was very well acted and some great TV. But episode 2 was pure gold and amazing to see them re visit a couple of their best characters. It's still the best thing on TV and the only reason I use I player.

I wasn't that keen on the second episode, I wanted the story it was suggesting in the first five minutes instead!

Yeah it did look like it was going to be very dark and then.... Not so much. Amazing season so far though.

Spitting Image is back, exclusive to Britbox (because heaven forbid something decent ever makes it to ITV1)

Spitting Image to return on BritBox, 24 years after the TV show ended 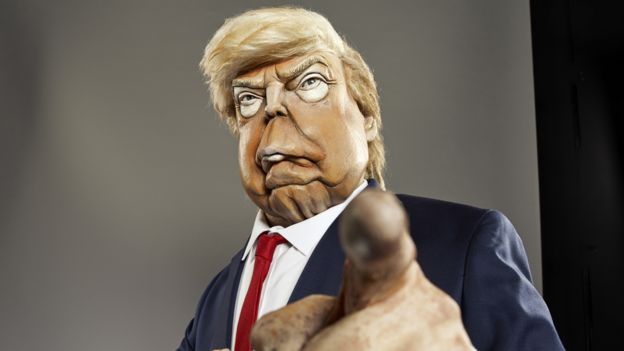 Spitting Image is to return to screens on streaming service BritBox UK this autumn, with the Duke and Duchess of Sussex and the Duke of York among those set to be mocked in puppet form. 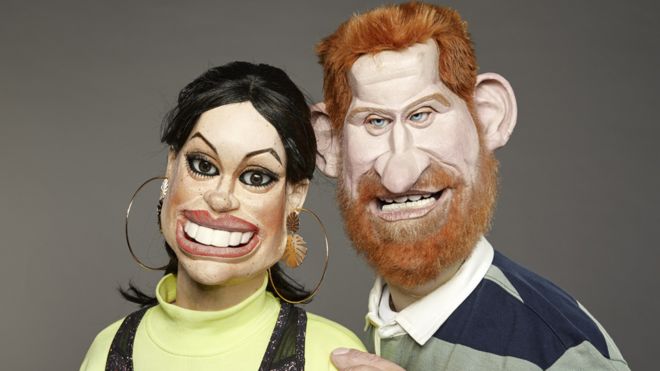 The satirical TV show, made famous in the mid-1980s, will also target Donald Trump, Beyonce and Boris Johnson.

It's the first original commission from the BBC and ITV's streaming service.

Co-creator Roger Law is on board as executive producer, and said he had declined to revisit the show until now.

"I've refused to resuscitate Spitting Image for years but when my pension ran out and my palm was crossed with silver what could an old man do?" he joked.

"The new Spitting Image will be global through a uniquely British eye, it will be more outrageous, audacious and salacious than the previous incarnation."

The programme originally ran from 1984 to 1996 and featured Margaret Thatcher in a suit, the Queen Mother drinking gin and Ronald Reagan in bed with two red call buttons, marked Nurse and Nuke.

The show was watched by 15 million viewers at its peak and was nominated for a host of Bafta and Emmy awards.

Around the broadcast of the Spitting Image at 30 half-hour special in 2014, Newsnight described the influential show as "a hybrid of Cambridge footlights, English caricature and Punch and Judy".

The series was set to return to ITV in 2016, but failed to materialise after a dispute over the Ant and Dec puppets used to host Best Ever Spitting Image.

In a statement, the programme-makers said: "With the world getting smaller and more turbulent, the time couldn't be more appropriate for an iconic British satirical take on global events."

ITV director of television Kevin Lygo said he was "thrilled" to be able to provide the chance for "British creativity to truly run wild".

There's hardly a lack of regular TV broadcasting space for stuff like this, every day the schedules are filled with a mixture of repeats and total crap anyways.