Trump is such a beta cuck.

Hi, apparently it's International Dog Day so here's a post about presidential good boys and girls:

George H W Bush's dog once got so fat that he had to send a memo to all WH staff telling them not to feed him and laying down the ground rules. 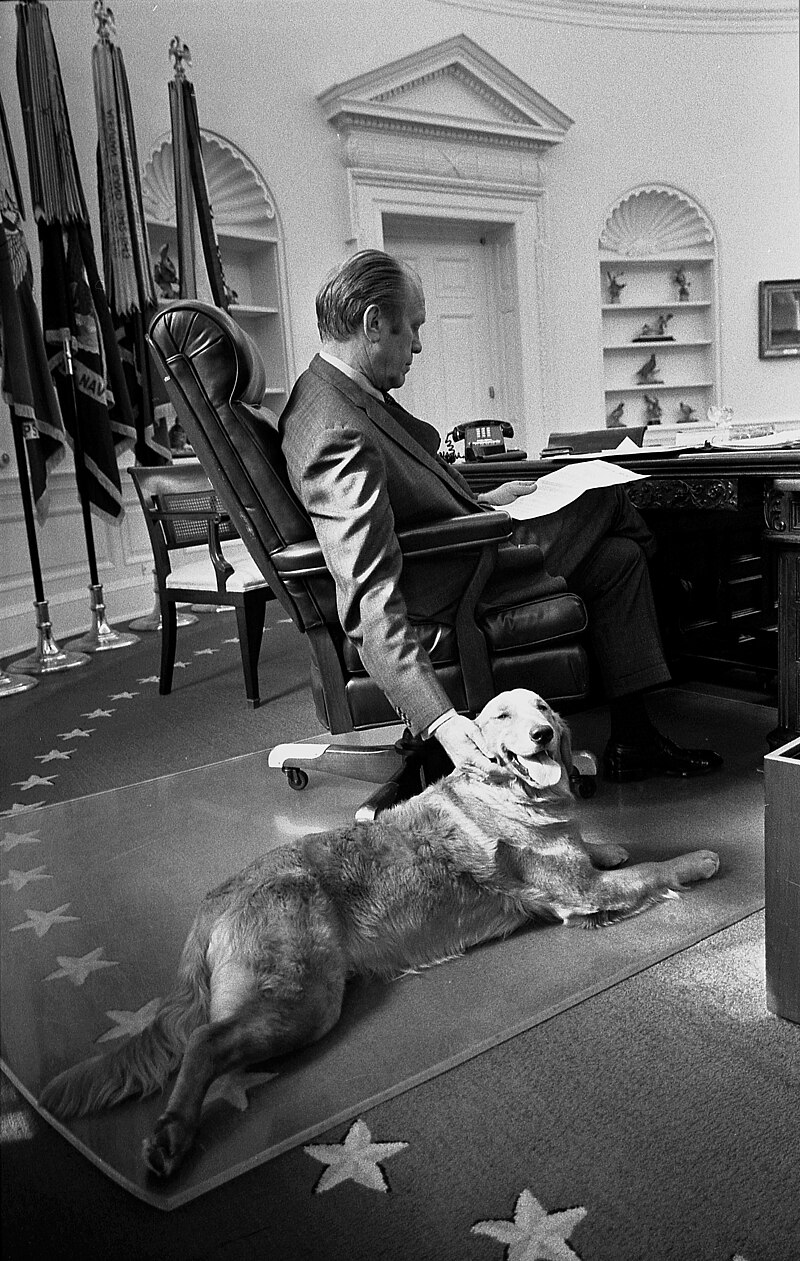 Gerald Ford wrote:Needless to say they got the dog and, in the appropriate spirit of the city of Philadelphia, we have named her "Liberty." One of those inquisitive reporters that we have in Washington asked Susan who is going to take care of Liberty; who is going to feed her and groom her and take her out each night or every morning? And Susan did not hesitate one minute. She said, "Of course, it will be Dad." So, I have this feeling — this is one Liberty that is going to cost me some of mine. 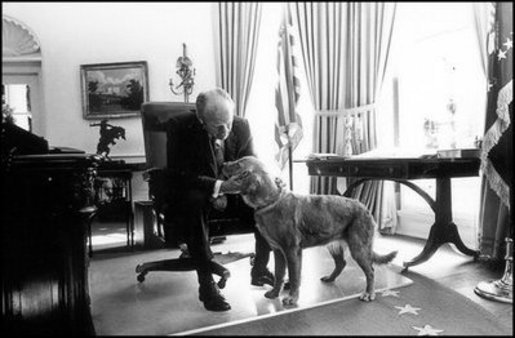 After just six months in office, Lyndon B Johnson sparked animal rights protests when his official photographer caught him doing this to his pet Beagle, Him: 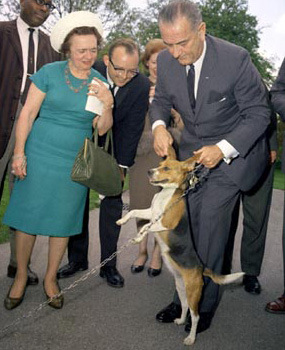 Johnson and his wife Lady Bird eventually took in a mongrel dog called Yuki to go alongside the beagles Him and Her, who travelled regularly with the president and would perform duets with him for White House guests. Essentially they'd both howl.

Calvin Coolidge kept a menagerie of pets, including a raccoon, but his favourite was a collie called Rob Roy. Handsome fellow he was, too:

Praying will fix the problem.

Well to be fair it fixes everything else, hallelujah praise Jesus \o/

Hope his family get killed in a shooting. See what good God will do then.

What a massive bellend.

Fortunately, praying does nothing to stop bullets. Otherwise ISIS would have conquered the Middle-East by now.

Meep wrote:Fortunately, praying does nothing to stop bullets. Otherwise ISIS would have conquered the Middle-East by now.

Praying will fix the problem.

Dual wrote:Hope his family get killed in a shooting. See what good God will do then.

Dual wrote:Hope his family get killed in a shooting. See what good God will do then.

Sadly though that's the kind of thing that would need to happen for these people to change their stance on guns, and even then they'd probably struggle to put their Berettas in the bin.

Fly the planes the other way

With logic like that, I'm surprised Donald hasn't elevated him to the House Committee on Science, Space and Technology.

Reminds me something an American said to me many years ago: doesn't matter what the question is, the answer is always the army.

strawberry float was he on about?