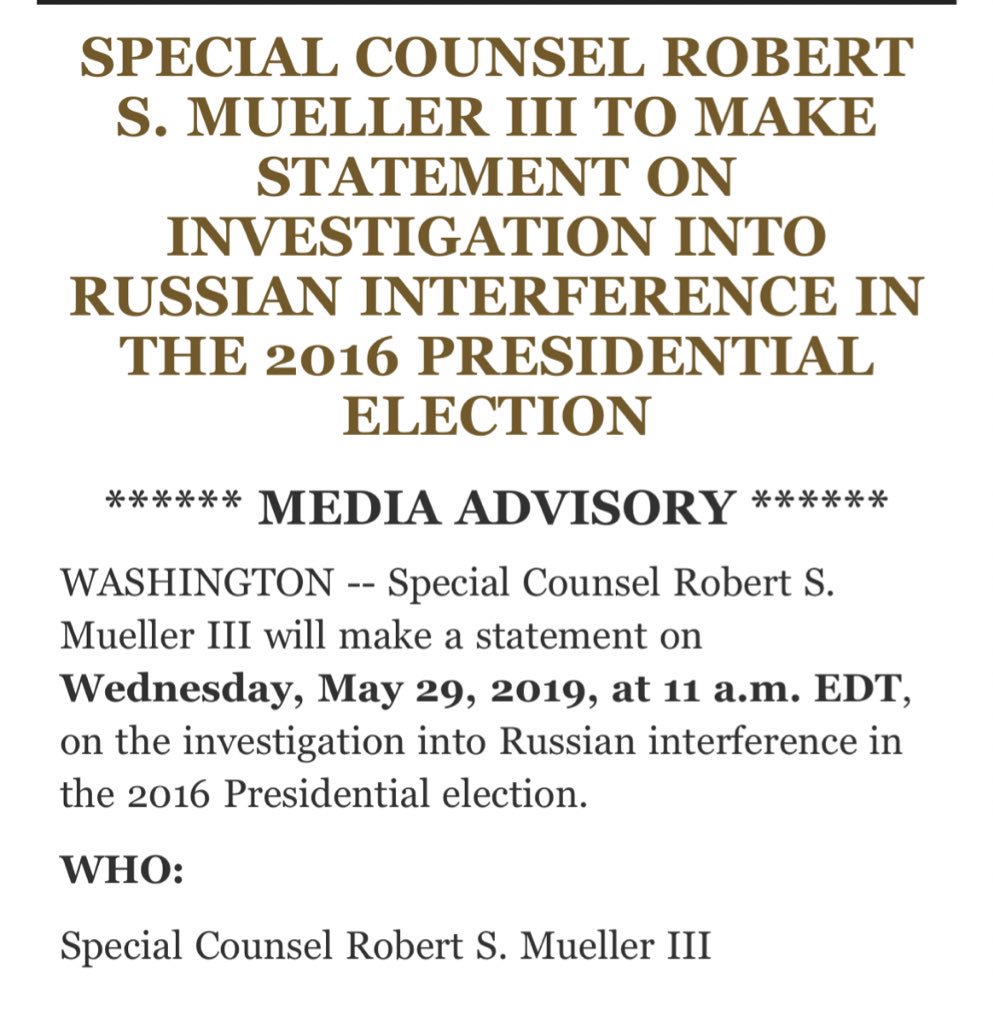 He'd better walk up the microphone and hold up an e-fit picture of Trump and issue an arrest warrant for him. 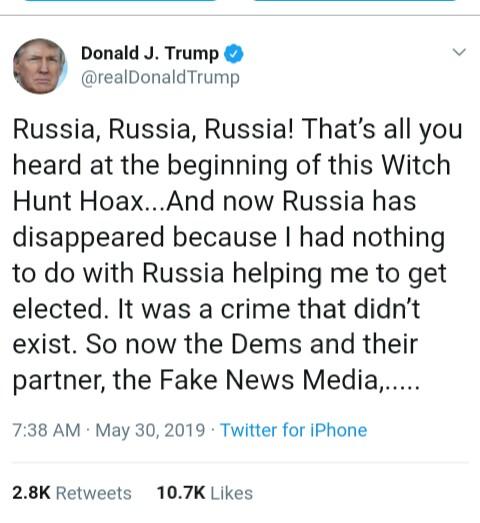 (It's been deleted now)

Did I read that right? Is he admitting that Russia helped get him elected but denies he was involved?

FatDaz wrote:Did I read that right? Is he admitting that Russia helped get him elected but denies he was involved?

The trouble with Trump is it’s impossible to tell whether he’s admitting that or if it’s just his usual illiteracy.

FatDaz wrote:Did I read that right? Is he admitting that Russia helped get him elected but denies he was involved?

The trouble with Trump is it’s impossible to tell whether he’s admitting that or if it’s just his usual illiteracy.

Rats at the police station, filth on L.A. streets — scenes from the collapse of a city that’s lost control

The good news is that two trash-strewn downtown Los Angeles streets I wrote about last week were cleaned up by city work crews and have been kept that way, as of this writing.

The bad news is that I didn’t have to travel far to find more streets just as badly fouled by filthy mounds of junk and stinking, rotting food.

Then there was the news that the LAPD station on skid row was cited by the state for a rodent infestation and other unsanitary conditions, and that one employee there was infected with the strain of bacteria that causes typhoid fever.

What century is this?

Is it the 21st century in the largest city of a state that ranks among the world’s most robust economies, or did someone turn back the calendar a few hundred years?

We’ve got thousands of people huddled on the streets, many of them withering away with physical and mental disease. Sidewalks have disappeared, hidden by tents and the kinds of makeshift shanties you see in Third World places. Typhoid and typhus are in the news, and an army of rodents is on the move.

On Thursday I saw a county health inspector on rat patrol between 7th and 8th streets on skid row. He was carrying a clipboard and said he had found droppings and other evidence of rodents, and I asked where:

Well, it’s nice to know somebody is doing something, but you don’t need a clipboard. I’ve seen so many rats the last two weeks in downtown Los Angeles, I have to suspect they’re plotting a takeover of City Hall, which vermin infiltrated last year.

The city of Los Angeles has become a giant trash receptacle. It used to be that illegal dumpers were a little more discreet, tossing their refuse in fields and gullies and remote outposts.

Now city streets are treated like dumpsters, or even toilets — on Thursday, the 1600 block of Santee Street was cordoned off after someone dumped a fat load of poop in the street. I’m not sure when any of this became the norm, but it must have something to do with the knowledge that you can get away with it. Every time sanitation crews knock down one mess, another dumpsite springs up nearby.

It's genuinely frightening how quickly the United States seems to be regressing under Trump.

While nowhere near as bad, San Francisco also has a growing problem with rubbish, homelessness, and drug taking (as in the used needle kind).

Why this is being allowed to happen to such an extent in the economic powerhouse that is California I don’t know.

Homelessness to a point people have a tendency to ignore, especially when it’s more focused at night (see also: London) but when the rubbish starts piling up as well I don’t know how you can put up with that.

It could be down the the republicans doing all they can to demonise the poor and slash any and all programs to help alleviate homelessness and poverty by just claiming they're socialist and that anyone who supports them is a communist.

California being a solid Democratic state, I'm not sure why this is happening, but soaring cost of living probably has something to do with it.

I've never seen more homeless people than when I went to San Francisco. It's insane.

The Truth About Chlorinated Chicken - Dispatches

An undercover report from a major American poultry processing plant to investigate chlorinated chicken, which is being pushed as part of a post-Brexit US trade deal.

This documentary not exactly helping to inspire confidence in chlorinated/US chicken. We’ve seen dodgy practices in European plants and this looks even worse.