No new shows this week.

Three episodes in and it's so boring.

Three episodes in and it's so boring.

I've not been able to find episode three but they're all married with kids and Mike's sober. I'm not that surprised.

I just saw Ricky Gervais was on Netflix... I have cancelled my subscription.

Pedz wrote:I just saw Ricky Gervais was on Netflix... I have cancelled my subscription.

I can't strawberry floating stand him either.

Taskmaster US S01E01, Fridays in the US.

Reggie Watts hosts a game show like no other, where contestants compete in a series of incredibly taxing and strange challenges under his harsh judgment.

The New Legends of Monkey, Season One, Friday 27th April. All episodes that day on Netflix UK

A valiant girl liberates the Monkey King -- a god long trapped in stone -- in a quest to find seven sacred scrolls and save the world from evil.

So Lost in Space was pretty good.

Probably my favourite new Netflix show of this year

Only seen the 1st 4 episodes of Lost in Space but enjoying it so far.

Westworld, Into the Badlands, The 100, The Handmaids Tale & Archer all returning in the same week. Lovely.

Taskmaster US is showing two episodes a week.
It's not completely terrible, but they've cut the running time in half and the new Taskmaster isn't great. Alex Horne is there to hold it all together, but the challenges are not new and so it's all a bit pointless if you've seen the UK one.

Six years after a brutal virus wipes out most of Scandinavia's population, two siblings join a band of young survivors seeking safety -- and answers.

No reviews on metacritic - http://www.metacritic.com/tv/the-rain

Elementary 30th April (New)
Kevin Can Wait 30th April
Man with a Plan 30th April
NCIS 1st May
NCIS:NO 1st May
Bull 1st May
blackish 1st May
The Middle 1st May
Colony 2nd May (New)
Modern Family 2nd May
Chicago PD 2nd May
The Goldbergs 2nd May
Gotham 3rd May
Dear White People 4th May (New) - all episodes that day on Netflix UK

Octavia on this weeks The 100

Monkey Man wrote:Octavia on this weeks The 100

Aye, she's getting a bit violent though, the final scene

I think Clarke is probably better off leaving them down there.

Patrick Melrose S01E01, Saturdays in the US. 2am on Sunday on Sky Atlantic.

Get ready for the lowdown on the British upper class. This five-part limited series based on the acclaimed novels by Edward St. Aubyn tracks Patrick from a privileged but deeply traumatic childhood in the South of France through severe substance abuse in his twenties in New York and, ultimately, toward recovery back home in Britain. At once harrowing and hilarious, Oscar® nominee and Emmy® winner Benedict Cumberbatch stars as the troubled titular character.

1 review of 90% on metacritic - http://www.metacritic.com/tv/patrick-melrose 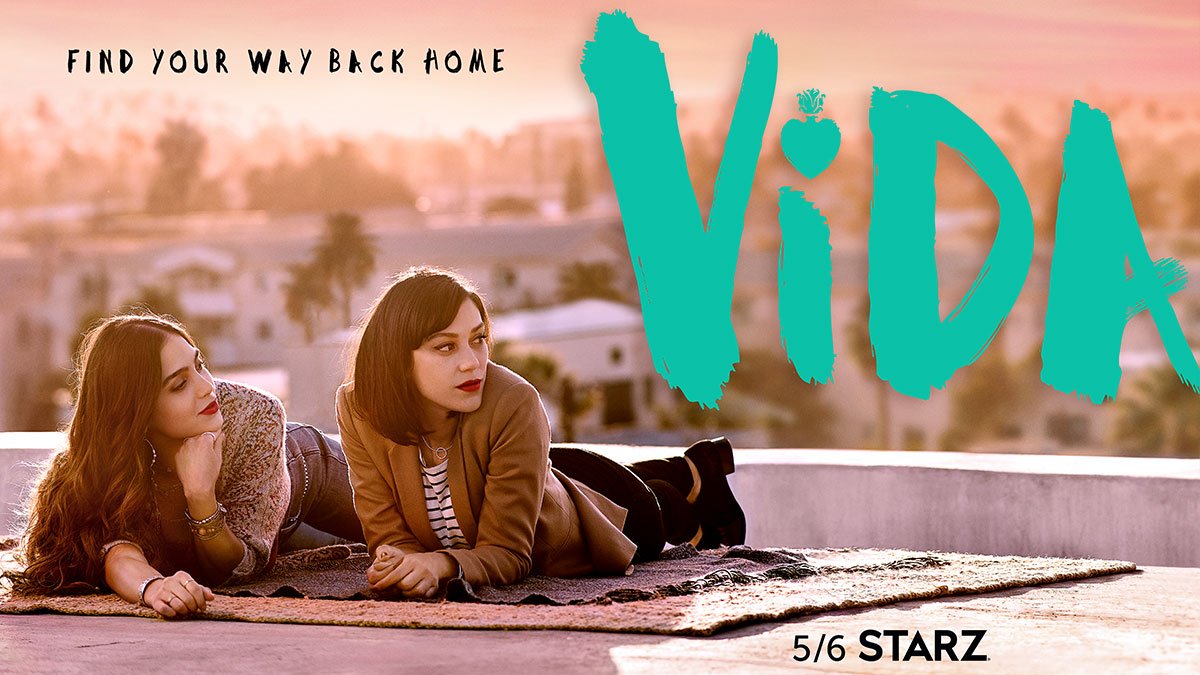 “Vida” is a half-hour drama series focusing on two Mexican-American sisters from the Eastside of Los Angeles who couldn't be more different or distanced from each other. Circumstances force them to return to their old neighborhood, where they are confronted by the past and surprising truth about their mother’s identity. Sweetbitter S01E01, Sundays in the US.

Tess begins working at NYC's top restaurant, thinking it will be a temporary job, but then she becomes intoxicated by the restaurant's workers, nightlife, and fast paced lifestyle.

Safe, Season One, Thursday 10th May. All episodes that day on Netflix UK.

After his teenage daughter goes missing, a widowed surgeon in an affluent neighborhood begins unearthing dark secrets about the people closest to him.

Evil Genius: The True Story of America’s Most Diabolical Bank Heist, Friday 11th May. All episodes that day on Netflix UK

This baffling true crime story starts with the grisly death of a pizza man who robs a bank with a bomb around his neck -- and gets weirder from there.

Users browsing this forum: No registered users and 46 guests