Sad to see Arrow ending but to be honest I find myself watching it out of habit most of the time now and not really following what’s going on too much. I’m wondering how they are going to wrap it all up considering they’ve started all these flash forwards this season instead of flashbacks.

The Case Against Adnan Syed S01E01, Sundays in the US. 4 part documentary.

Directed by Academy Award nominee Amy Berg, The Case Against Adnan Syed will explore the 1999 disappearance and murder of 18-year-old Baltimore County high school student Hae Min Lee, and the subsequent conviction of her ex-boyfriend, Adnan Syed, a case brought to global attention by the hugely popular Serial podcast.

In production since 2015, The Case Against Adnan Syed closely re-examines the events leading up to Hae Min Lee’s disappearance, from high school romance, forbidden love and cultural conflict, to the aftermath of her disappearance, the original police investigation and the present day, when Syed awaits a new trial. Presenting new discoveries as well as groundbreaking revelations that challenge the state’s case, and featuring exclusive access to Syed, the defense team, the Syed family, friends and teachers of both students, and members of City of Baltimore law enforcement, the series traces how the rush to justice and Syed’s conviction in 2000 raised more questions than answers about what happened to Hae Min Lee, underscoring the instability of memory and conflicting eyewitnesses.

Love Death and Robots, Season One, Friday 15th March. All episodes that day on Netflix UK. Episodes are 5-15 mins long.

No reviews on metacritic - https://www.metacritic.com/tv/love-death-robots

Now Apocalypse S01E01, Sundays in the US. Available Mondays on Amazon Video UK via StarzPlay.

Turn Up Charlie, Season One, Friday 15th March. All episodes that day on Netflix UK.

Turn Up Charlie follows a down-and-out DJ who plots to rebuild his music career whilst working as a nanny for his famous best friend's wild 11 year old daughter in this Netflix Original Comedy Series.

Love, Death + Robots looks like it could either be brilliant or utterly gooseberry fool, I genuinely can't tell which though. 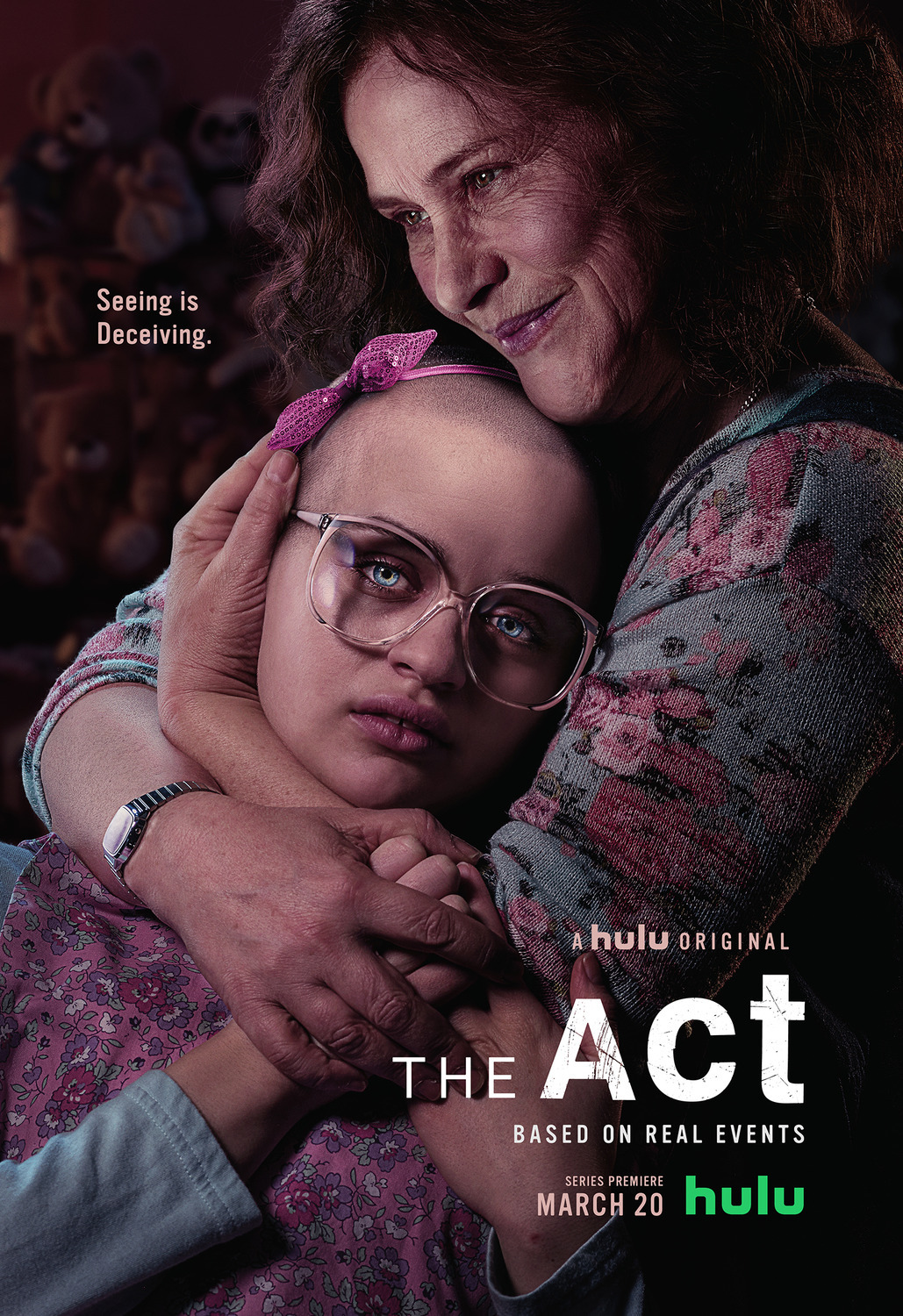 The Act is a seasonal anthology series that tells startling, stranger-than-fiction true crime stories. The first season follows Gypsy Blanchard, a girl trying to escape the toxic relationship she has with her overprotective mother. Her quest for independence opens a Pandora’s box of secrets, one that ultimately leads to murder.

Feels weird to say this but Deadly Class, a strawberry floating syfy show is about 100 times more creative and interesting than any of the attempts at doing comic book shows on netflix or whatever. They even kept a blatant Fear and Loathing in Las Vegas tribute interesting

Supernatural’s 15th season will be its last

I haven't watched it since they found the secret library with the men of books thing(?) Wonder how good it still is?

Is the Orville on a 13 episode season? If so it's nearly done

Corazon de Leon wrote:Is the Orville on a 13 episode season? If so it's nearly done

There's 14 episodes this season due to 1 episode being moved from Season 1 to 2.

What We Do In The Shadows S01E01, Wednesdays in the US.

Based on the feature film of the same name from Jemaine Clement and Taika Waititi, What We Do in the Shadows is a documentary-style look into the daily (or rather, nightly) lives of four vampires who’ve “lived” together for hundreds of years. In Staten Island.

The self-appointed leader of the group is “Nandor The Relentless” (Kayvan Novak), a great warrior and conqueror from the Ottoman Empire, who has taken the helm of the group despite many of his Old World tactics resulting in what some might politely refer to as bupkis. Then there’s the British vampire “Laszlo” (Matt Berry) – a bit of a rogue and a dandy and a fop, he might say. He’s a lover of mischief and a great soirée, but not as much as he loves seeing Nandor fail miserably in every attempt. And then there’s “Nadja” (Natasia Demetriou): the seductress, the temptress, the vampiric Bonnie to Laszlo’s Clyde. Her wisdom and provocative tales from times past allow us insight into the many ups and downs of living an immortal life.

Also cohabiting in the vampire household is “Guillermo” (Harvey Guillén), Nandor’s familiar (a.k.a. servant/protector during the daylight hours), who wants nothing more than to be made a real vampire just like his master. Also lurking about is “Colin Robinson” (Mark Proksch), an energy vampire and day-walker of sorts -- he feasts on humans, but not on their blood. A frequent visitor is Nadja’s new friend, “Jenna” (Beanie Feldstein), a student at a nearby community college. She loves LARPing, boys, and art history, and for some reason has been rather confused lately as to why it is she so ravenously craves the flesh of the living.


Apple TV+ is a new streaming service with original stories from the most creative minds in TV and film.

Our Planet, Season One, Friday 5th April. All episodes that day on Netflix UK.

Share the wonder of the extraordinary place we call home. Utilizing the latest technology Our Planet was filmed entirely in Ultra High Definition in over 50 countries. From exotic jungles to the deepest seas, open your eyes to the connections we all share. Narrated by Sir David Attenborough, Our Planet launches worldwide April 5th.

No reviews on metacritic - https://www.metacritic.com/tv/our-planet

The Twilight Zone S01E01, Mondays in the US.

Next stop ahead The Twilight Zone. CBS All Access' upcoming reimagining of the original series, which premiered in 1959, will debut in early 2019. Jordan Peele will serve as host and narrator of the new series, a role made famous by creator Rod Serling, who used socially conscious storytelling to explore the human condition and culture of the times.

Set in the late 1800s, gifted martial artist Ah Sahm (Andrew Koji) immigrates from China to San Francisco and ends up as an enforcer for the one of the Chinatown tongs in this drama created by Jonathan Tropper and inspired by Bruce Lee's original writings.

No reviews on metacritic - https://www.metacritic.com/tv/warrior-2019

Set in the dark, early days of a zombie apocalypse, BLACK SUMMER stars Jaime King as Rose, a mother torn from her daughter who embarks upon a harrowing journey to find her. Thrust alongside a small group of American refugees, these complete strangers must find the strength they need to fight their way back to loved ones. But in order for Rose and her team to brave this hostile new world, they will need to make brutal decisions to contend with zombies - and each other.

1 review of 60% on metacritic - https://www.metacritic.com/tv/black-summer 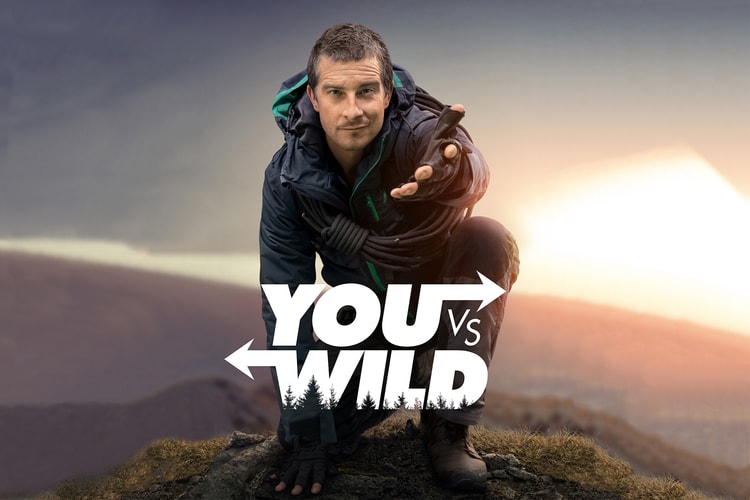 You vs. Wild, Season One, Wednesday 10th April. All episodes that day on Netflix UK.

You’ve seen Bear Grylls battle the wild before, but never quite like this. This time, it’s You vs. Wild, and in the wild, every choice matters. You vs. Wild, A Netflix Interactive Series, launches April 10.

No reviews on metacritic - https://www.metacritic.com/tv/you-vs-wild

Fosse/Verdon S01E01, Tuesdays in the US.

Spanning five decades, FOSSE/VERDON explores the singular romantic and creative partnership between Bob Fosse (Sam Rockwell) and Gwen Verdon (Michelle Williams). He is a visionary filmmaker and one of the theater’s most influential choreographers and directors. She is the greatest Broadway dancer of all time. Only Bob can create the groundbreaking musicals that allow Gwen to showcase her greatness. Only Gwen can realize the unique vision in Bob’s head. Together, they will change the face of American entertainment – at a perilous cost.

Either way good to see it back as the first series was excellent.

Either way good to see it back as the first series was excellent.

It's a BBC America show. No date yet for when it returns in the UK. Maybe after Line of Duty.

Know what? I want a new Man Vs Food.

Pedz wrote:Know what? I want a new Man Vs Food.

They did bring it back but it wasn’t with Adam Richman, so instead of having a guy that actually knew a bit about food eating loads but also giving actual insight into the food, it because like every other American show where you have some obnoxious banana split grunting and going errrmmmaaaageerrrrdddd yeahhhh! Etc rather than saying anything of value.