Was the Pied Piper a Paedo?

More snowflakes trying to CANCEL our great history. Who next, Jack and Jill?

Cumberdanes wrote:There are several different versions of the story. Some versions say he marched the children into a river where they drowned.

Yeah, looking it up its they either were drowned in a lake or went to a cave and were never seen again. The whole ransom and payment thing appears to be for a nice ending that came later and was not originally there.

Dual wrote:More snowflakes trying to CANCEL our great history. Who next, Jack and Jill?

I sorry, I just can't help but wonder why Germany made such a success from the story of a nonce. 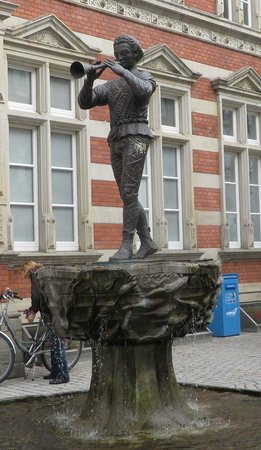 It's disgraceful that Hamelin allow that statue to stay up.

Guy in the background looks shifty as strawberry float, clearly just about to steal that bike!

Jenuall wrote:Guy in the background looks shifty as strawberry float, clearly just about to steal that bike!

I don't blame him, the Piper is about to start blowing.