Of course Reddit and Facebook are full of "NEW THING BAD, OLD THING GOOD" gatekeeping and decrying GW for daring to try and expand their audience by promoting that there are women in the 40k universe. It's just embarrassing to be associated by common interest with these giga-nerds sometimes, and seeing it come to the fore when stuff like this happens doesn't help.

Heard there was some racism too for having a black space marine on the cover of the new BL novel that accompanies the starter set.

But the Adepta Sororitas have been around for almost 20 years. How is this a controversy? And oh nooo a black marine, good lord how pathetic do you have to be to kick up a fuss about any of it.

Edit: Looking on r/Warhammer, and r/Warhammer40k, it seems like most of the community's frustration is related to the Imperial Guard getting short shrift again.

A small company called Statuesque Miniatures make sets of metal female imperial guard and space marine heads scaled up to not look diddy in a suit of primaris armour or in the exaggerated scale they use:
http://www.statuesqueminiatures.co.uk/c/4535598/1/heroic-scale-accessories.html 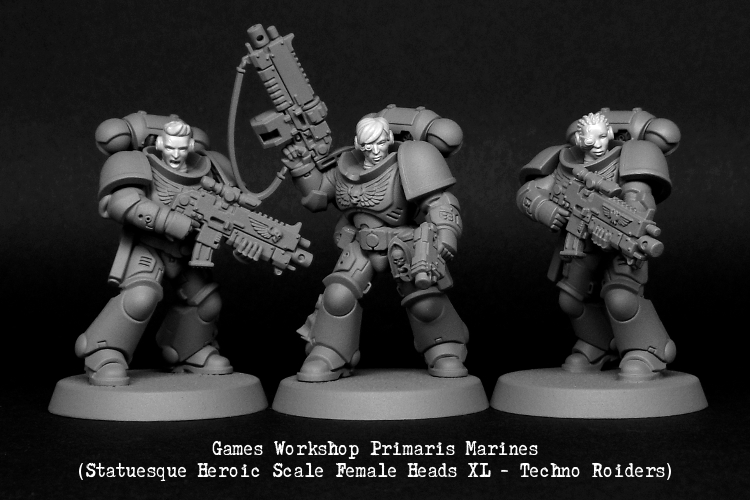 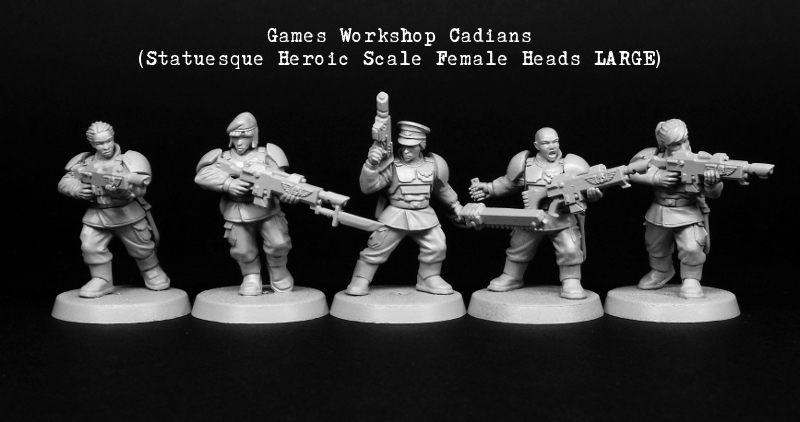 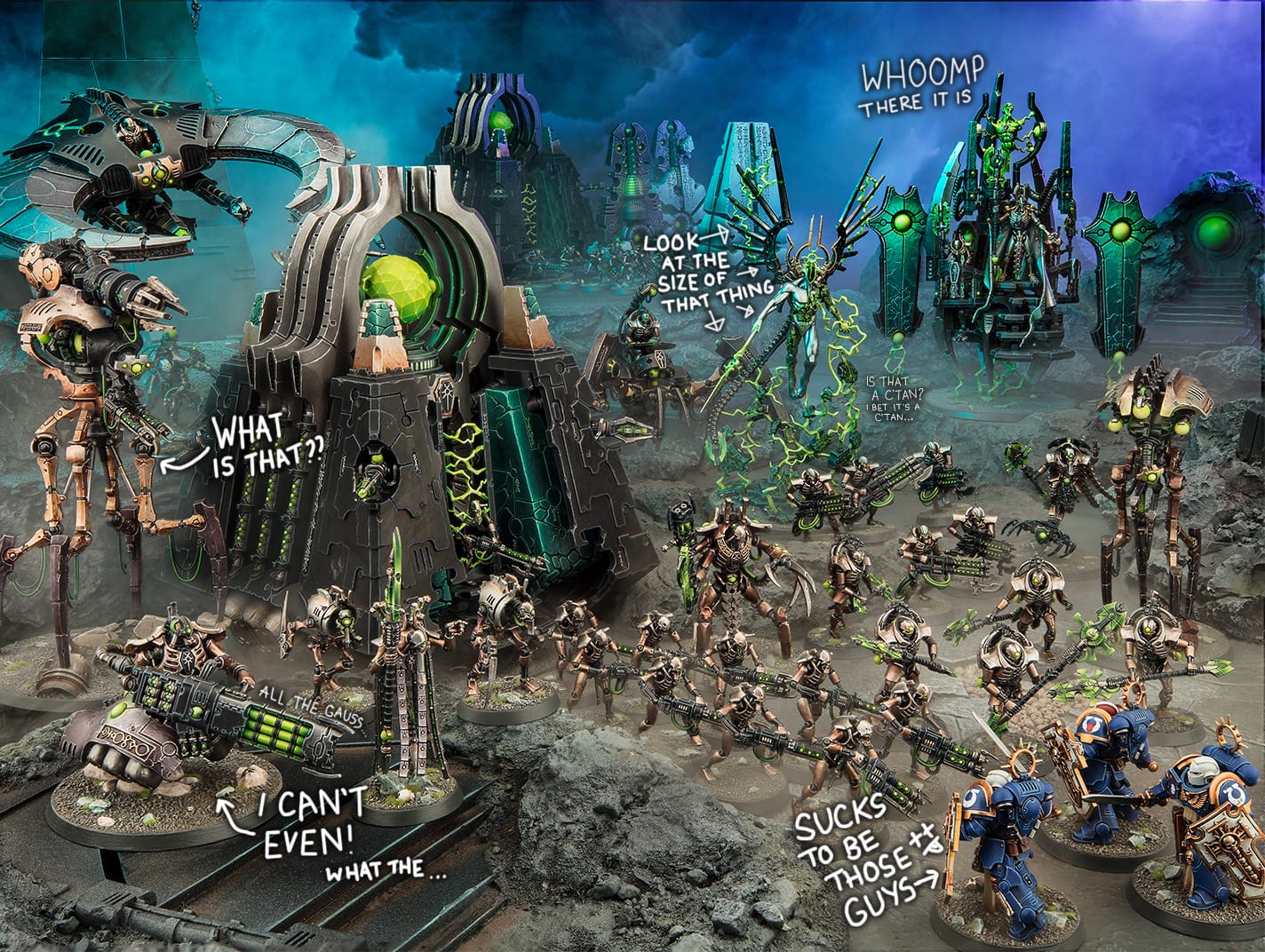 WHOOMP there it is

They should buy them out. The ad campaigns would be legendary.

Took a while, but I think I'm finally ready to call these boys done.

Just Macragge Blue with a wash of Agrax Earthshade, but yeah, it gives a really nice colour in the end. Looks much nicer than the old Ultramarines blue of old.

You know I was lamenting how shite my termagaunt looked in close ups a couple of pages ago?

(thank strawberry float I sign and date them on the bottom lol). That has far better depth and texture than the other which is overly "blanched" by highlights.

I'll take a pic of that as I'm using it as reference for a new termagaunt with Devoururer, I'm doing wet blending/shading on a wet pallete for this one. Held side by side with the examples in the Tyranid Codex circa 2001 I'd like to believe it's on par, after which point it's time to move onto my own scheme (got some stuff in mind with mushrooms on caripaces and giant day geckos, plus with my Old One Eye a purple sea anemone theme growing out of its carapace blended with Resident Evil 4 / corticeps parasite type wiggly stuff). Or at least, I'll do that after I've finished about 20 other models in the authentic Hive Fleet Kraken scheme (red and beige).

I think my basing and black leopard spots on the smaller minis as well (they only bother doing these on the large models originally) help them stand apart, at least that's what I say so that I feel it's worth doing. But my strawberry float does it take ages blending colours, I think I go chaos black > bestial brown & bubonic brown 70:30 > bestial brown & bubonic brown 30:70 > 50:50 watered down bubonic brown > 50:50 bubonic brown & bleached bone > 50:50 watered down bleach bone wet shading > bleached bone highlights. THen there's the caripaces, teeth and tongues and finally the base which I seem to do 10 years after finishing the mini (in one such case... It took me 20 years).

Also started using the contrast paints rather than flesh wash (a pot I still use from the 90s) because, they're good for getting darker areas in recesses but what I don't like is they highlight the tiniest pits from normal brush work as well, creating a sort of leathery/papery appearance. That's beneficial for a fleshy surface like tyranids and subsequent dry brushing, to make them appear more dynamic, but doesn't make for as smooth an appearance as normal wet shading I.e. Doing it properly. I might not use it on smooth surfaces. I also bought a giant pot that will probably last 50 years. We'll see if there's a noticeable difference after all of my highlights and shading enhancements with my usual mix of washes (Babad black, dark brown stuff etc etc) to overall depth and three dimensionality.

Knoyleo wrote:Took a while, but I think I'm finally ready to call these boys done.

That's a good start, and you managed to avoid what lots of people do, which is painting the sides of the base like the top, as if they are standing on a small and perfectly circular hill.

In the dark future of the 41st millennium, there are only small, perfectly circular mounds.

The rest of the floor is lava.

Knoyleo wrote:Took a while, but I think I'm finally ready to call these boys done.

That's a good start, and you managed to avoid what lots of people do, which is painting the sides of the base like the top, as if they are standing on a small and perfectly circular hill.
Do you think that extends to the old goblin green on the bases of things which are a forest/meadow theme?

I've noticed GW switched to using brown on the side of their "green" bases for most models. I still use green on the sides but use loads of basing materials and sculpting. But yeah, it does look like a weird little hill come to think of it. On the other hand, it would blend with a grassy coloured tabletop.

I suppose if you "cut away" the ground "below" the mini, it would be an earthy colour, so that makes sense. Now I'm not sure! I've been using dark brown on my genestealer cultists which are are demolished areas / mud but also a bit of nature taking over. 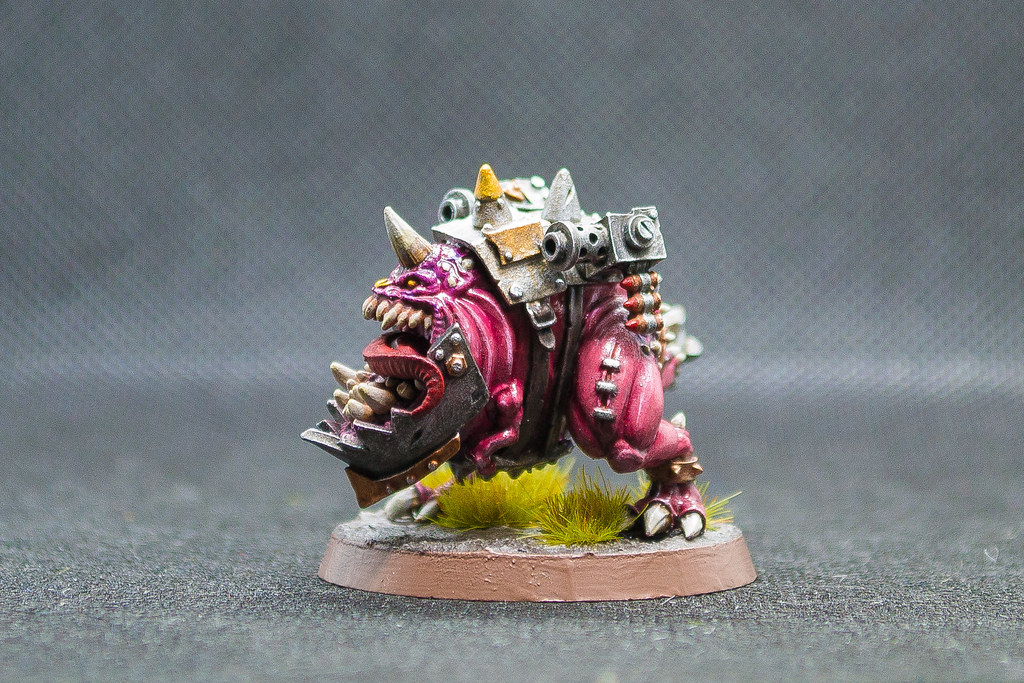 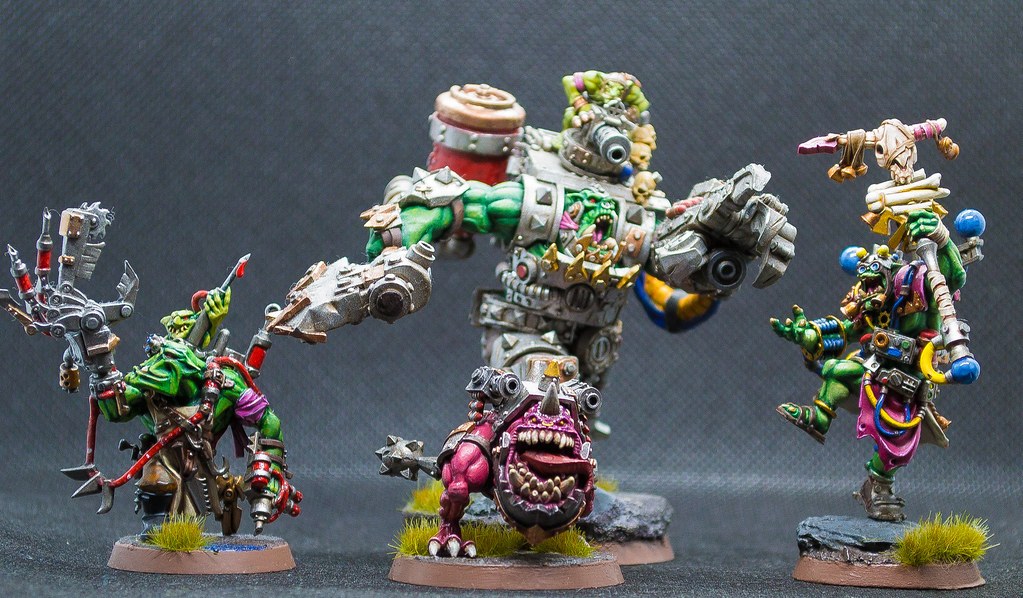 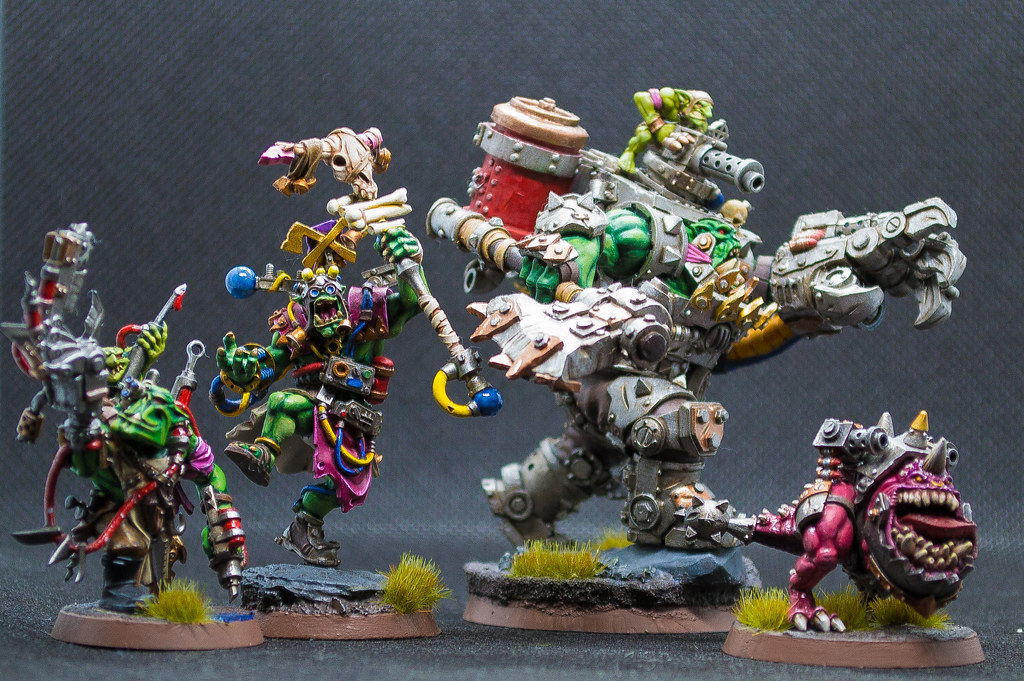 Think I'll eBay some of my older Necron models to help fund the new stuff, I never got on with the green plastic bits anyway...