I try to blend very smoothly and probably one of my least favourite things is ultimately being stubborn about moving up a shade between watering down and blends, so I end up painting the same gradient over and over again. Paint always dries darker, so each time the paint dries and it looks basically the same as it did 4 hours ago

. Don't worry about using a wide tonal range, you can always par it back again with a wash or extra shading. You can paint backwards as long as all along the way you are keeping the paint thin. Working with a relatively large disparity between shadows and highlights is probably one of the most essential aspects of any painting, 2D or 3D. You can spend literally days worrying about smooth gradations and then ultimately it looks flat. I've done this many times often on models I've ultimately never finished because I got bored. You have to take the leap to brighter tones.

I know exactly what you mean, with the fresh paint looking great, then it dries and it's just gone the same shade.

Yep, painting shades with acrylics requires a lot of guesswork at times. Thing is, it's so damn practical for miniature painting since it adheres wonderfully and dries quickly.

Apparently if you spend enough time practising you develop a sixth sense of what colour the paint on your brush actually is (it's not what your eyes are telling you). But I never really perfected it myself. Always had to endlessly re-do loads of bits.

I sort of miss the hobby but I'm also kind of happy I don't do it any more.

you can work with the matching the colours in the pots as a strong start, also you have to remember that the colour goes down differently depending on your base or prime layers, but thats part of learning to use the tools

Soooooo, thought I'd ask here as it's models and painting and stuff... is there a thread for model builders?

May as well post in here, it's hardly a fast moving thread so the more the merrier. It's still small dudes and vehicles after all.

Yeah it's not dwarfs versus tanks.

I built a Triumph TR4A a couple of months ago. Have a giant 1:10 scale Chevrolet Bel Air to do from like.. 10 years ago. I probably spent as much time on kits as minis when I was younger.

I've got a 1970s fibre optic star destroyer I've never built too. It's all game. I'll post the car when I remember. I used the original paints so the finsih isn't brilliant by any means but strawberry float me are those old Airfox models bloody terrible for fitting together and the instructions 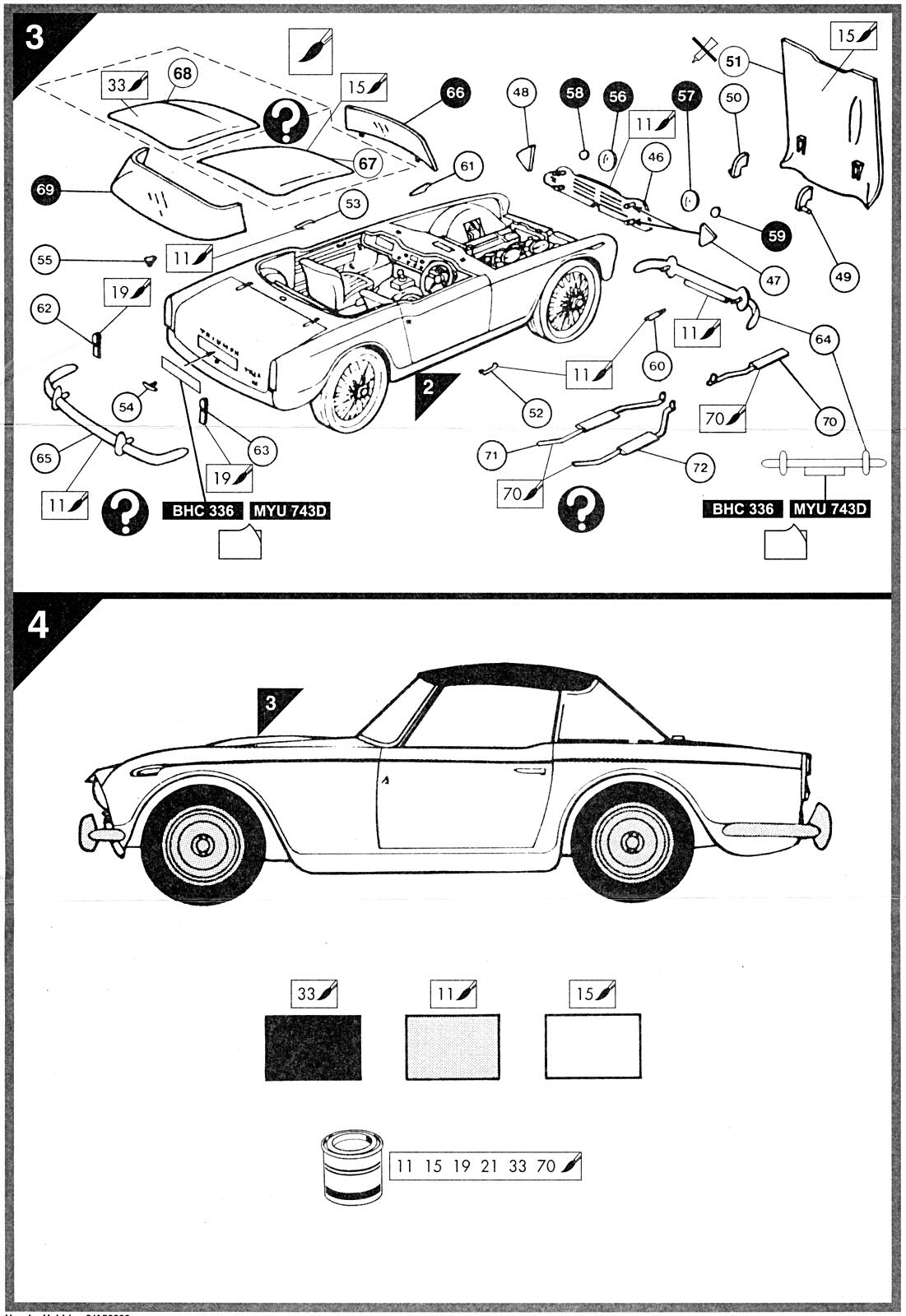 Awesome I'll post some of my builds here then!

plasticcoated wrote:Awesome I'll post some of my builds here then!

Yeah go for it, I'd love to see them.

one for our new collectors perhaps

ive been collecting the sigmar one for the last 18 months or whatever and its very good value all things considered, to the degree where im thinking of picking this one up as well just for the fomo

The previous one, Conquest, was great for me as the bikes, land speeders etc were super cheap and easy to convert for 30k, not sure about this. I have pivoted fairly hard into Bolt Action recently so maybe not.

“Honestly, if you think the Manchester derby is exciting, just wait until you see 2,000 points of freshly painted Ultramarines facing off against the alien menace of the Necrons,” said Simon Williams, a Warhammer store manager who has never actually seen a football match.

“I hear football fans moaning about the price of season tickets and replica shirts all the time, well wait until you see how much the new Start Collecting Boxes are selling for – I’ve had to get a second job to afford the paint.”

As if someone who's in to football could stay inside the lines. 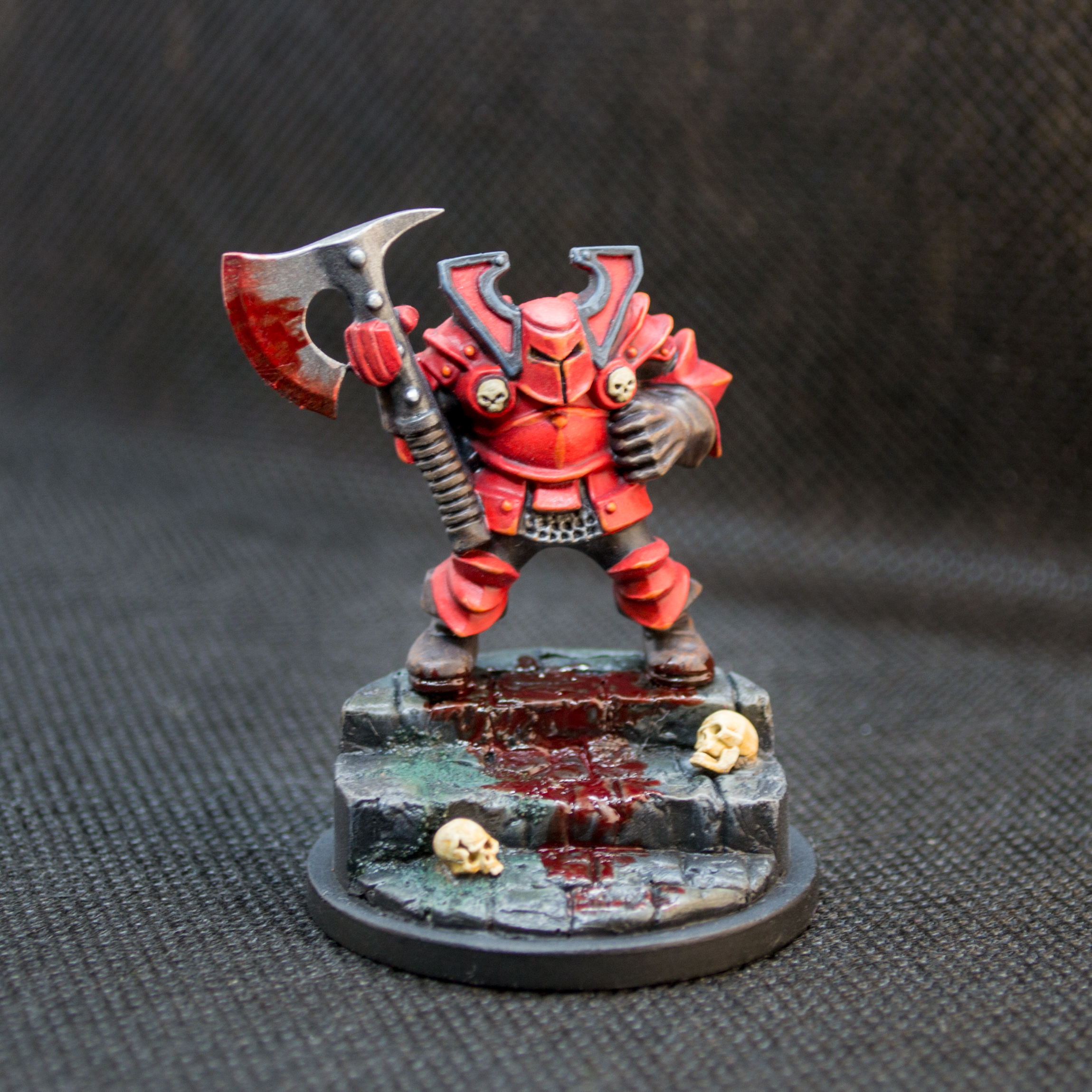 hope y'all are well, what are you working on?

Nice, I sold some on ebay a while ago.

I still have my neon rocker Chaos Marine army and 30k force but have canned future development and sold off a lot of unstarted things to fund my pivoting into WW2 stuff instead, both at 28mm (Bolt Action) and 1/72 scale, which is ludicrously cheap by comparison, I can't abide modern GW anymore. No photos yet but painting soldiers in cloth uniforms with contrast paints is an absolute doddle, managed to get about 14 1/72 British infantry finished in a couple of hours (mounted on pennies for stability, price and usefully reacting to the magnetised rubber sheets in my storage boxes).

the ridiculous sitation around cursed city is a perfect example. this week they have been announcing new models and lines and my first thought after "they look great" is always just a massive wave of anxiety that Ill miss out on them

was lucky to get cursed city and I see all the amazing new models they are making and it just stresses me out, which isnt right

they are making truly industry leading models at the moment, with a business model only just barely better than kickstarter backing

I'd keep cursed city sealed and locked away for a decade or so, it'll be worth a fortune. There was some monumental fuckup behind the scenes for them to scrub all information about it, I suspect legal rather than supply chain issues.

But yeah, and I've clashed with people on the GW Reddit's about this kind of thing, but because GW are so massive, they have to keep the numbers going up because capitalism, so the only way to do that is to sell things for more and get more money out of the same people; hence price rises, multiple codices per faction, all these expansion books with mandatory rules in them. The whole Primaris line was an answer to the question "how do we get all the space marine players to buy their army all over again?"

I wasn't paying attention when it happened, but one of the main pivots was the Chapterhouse lawsuit after which GW burned WHFB to the ground and started going heavy on monopose models, along with everything else.

If I ever use my 40k stuff it'll be for fan-made game systems like Grimdark Future or going back to 3rd edition with a friend who is equally fed up.

hope y'all are well, what are you working on?

Hey Falsey, good to see you. That looks great, the blood is really well done.

I've entered a work painting competition and my partner has designed and 3D printed me a tiny Total Station (survey equipment I use on site) for my marine to use.

(Marine pictured isn't mine - there's still two weeks til the deadline, I haven't started it yet, obviously...)