Anything to do with games at all.
Post Reply
1823 posts

Is it safe to put a Gamecube disc into my computer?

Depends in which slot you put it.

rinks wrote:Is it safe to put a Gamecube disc into my computer?


You've been able to put a gamecube disc into your cd/dvd drive for ages.

But it's a MacBook Air.

Then go to www.emuparadise.org and download the games that you legally own and run the iso's. Or you can rip your gamecube games on your desktop or someone else's computer/laptop and transfer them to your macbook.

I think rinks was being facetious, which is just totally out of character for him...

She says "if you're unhappy, then you gotta find the cure"
Well I prescribe me one more beer, beyond that I am unsure

How do I connect the Wii sensor bar?

Only partly. I am intrigued by the possibilities of this.

How do I connect the Wii sensor bar?

A bit of a long one, but this should provide some info.

Hooking a Wiimote to your PC should be rather easy, no? After all it is just a Bluetooth device. Pair it up, and go? Unfortunately no. Bluetooth sucks. Google will be enough to prove this, and if not once you see what you need to do to hook your Wiimote to your PC you will become a convert.

But my bluetooth headset works fine! My bluetooth mouse works too! Sure, simple devices like those usually work. Try something besides a mouse or a headset. For more details you can read my previous Bluetooth needs a dentist entry.

You also need to make sure you get a genuine one. There are many counterfeit Bluetooth adapters. They say they are from one company, but actually are fakes with completely different chips inside. If you guy a counterfeit one, you have no idea if it will work or not with the Wiimote.

Some devices partially work. For example, you might get the Wiimote paired, but cannot read any input. Or you might get partial input, but no motion reports. The Microsoft Bluetooth adapters that come with all the wireless mice, keyboards, and Powerpoint presenters all work that way. They tease you enough to make you think they might work, but the will not.

So how can you choose a Bluetooth adapter that will work with your Wiimote? Consult the List of working Bluetooth Devices at WiiBrew. If you find others, please be kind and update the page. http://wiibrew.org/wiki/List_of_Working ... th_Devices

So now you really feel smug, you have Bluetooth hardware that is known to work. Now the problem is that your Bluetooth stack (Bluetooth software) probably does not implement the full Bluetooth specification.

Using the Microsoft one in XP, Vista, or the software that came with Microsoft hardware? Surely that works? Nope. It was designed for basic devices like mice and keyboards. It does not know what to do with advanced input from a device like the Wiimote and discards data beyond simple button presses.

Many people have found success with BlueSoleil. I was never able get BlueSoleil to work, even after a lot of fiddling. The only thing I have ever been able to do is crash Windows, and many users have contacted me with the same results. If you have no other choices though, try BlueSoleil, it works for some. BlueSoleil Tutorial
WIDCOMM Stack

The Toshiba Stack seems to be the best and most advanced stack available. It is the stack that I am using. The Toshiba stack however has some non-technical issues. If you have a Toshiba laptop, or your laptop comes bundled with Toshiba drivers (Motion Computing and several others) then you can download the latest Toshiba Stack for free and upgrade.

If you have any other computer, the Toshiba Stack will not install. In the past you could buy the stack for around $60, however Toshiba has stopped selling it as a separate offering. There are forums describing how to install the Toshiba Stack on non Toshiba and non bundled platforms but such usage is likely illegal in most countries.

Fortunately once you have successfully passed steps 1 and 2, it is easy from here. To pair the Wiimote, hold down the 1 and 2 buttons at the same time. The blue lights on the bottom should start to blink. Now start the pairing process in your Bluetooth software. Keep holding down the buttons until pairing is complete. If you let up, the Wiimote will time out and turn off. If it does this before pairing is complete, pairing will fail. If you are using the Toshiba stack, after you have connected the Wiimote it should look like this. Note the green and yellow markings on top, these signify it is connected, and not just paired.

Now you have to access the Wiimote. The Wiimote is implemented as a HID device. Which in some ways might be thought of a serial device over USB. You can send commands to trigger rumble, turn on and off the blue lights, etc. To get reports of buttons, accelerometer, etc you can either poll it, or receive updates. Nintendo did not document all of this in public view, but fortunately hackers have reverse engineered it. If you want to have a go at it, you can check out Wiimote Protocol at WiiLi. There are also many libraries available for .NET, Delphi, C++ and more. For .NET I use Brian Peek's WiimoteLib.

Edit signature
Your signature will appear like this in posts
Top

Another link to help you connect a wiimote to a pc.

I think I might have gone off the idea. I'd only be doing it for the sake of doing it, and it all seems like a bit of a faff now.

EDIT: The Wii stuff, that is. No reason not to try the GC emulation.

Been waiting for the 3.0 update. Now it's here I'll be getting my dolphin fix again. Awesome!
Does Twilight Princess still run like shite on Hyrule Field?

I run a core i5 2.8ghz and a lot of games that were unplayable due to low fps are now playable at fullspeed on 720p.

The latest build is at the top of the downloads page.

Using my 360 wireless controller to play gamecube games at night from my bed on my pc. Console lulpremacy.

Has Galaxy 2? Couldn't run for gooseberry fool when I last tried it

rinks wrote:Is it safe to put a Gamecube disc into my computer?

It's safe but unless you have a 816* model dvd drive your PC will be unable to read the contents of the disc. Same goes for Wii discs.

As for the sensor bar, just keep it connected to your Wii turned on or buy a cheap wireless 3rd party sensor bar.

Keep an eye on the NeoGAF Dolphin thread: http://www.neogaf.com/forum/showthread.php?t=395121 - there are quite a few configuration guides to get the best performance from games. 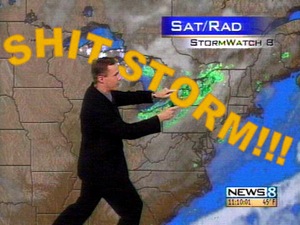 Also, no more crybaby tears about the wii having any exclusives.

And dumbed down comments are aimed at 360/PS3 shooters and their PC ports. Many PC gamers here also own Wiis, and love the games on it that you can't get anywhere else.

Now that that's been dealt with let's get back to normal discussion, else let it be said that Rik has ruined a valid topic again.

Edit: Please shut up Silva, you're just as bad.