Anything to do with games at all.
Post Reply
1504 posts

Friday the 13th in time for Halloween.

Tembo is by gamefreak, I think.

I thought the xbox update was supposed to change the OS?

Peter Crisp wrote:I thought the xbox update was supposed to change the OS?

Upate isn't out yet for everyone, probably next month.

I already have FSW but gonna get LO so I don’t have to find a disc.

It was a military game based off of actual US army software designed to train men on how a fire team should work. It's also 4K on X1X. 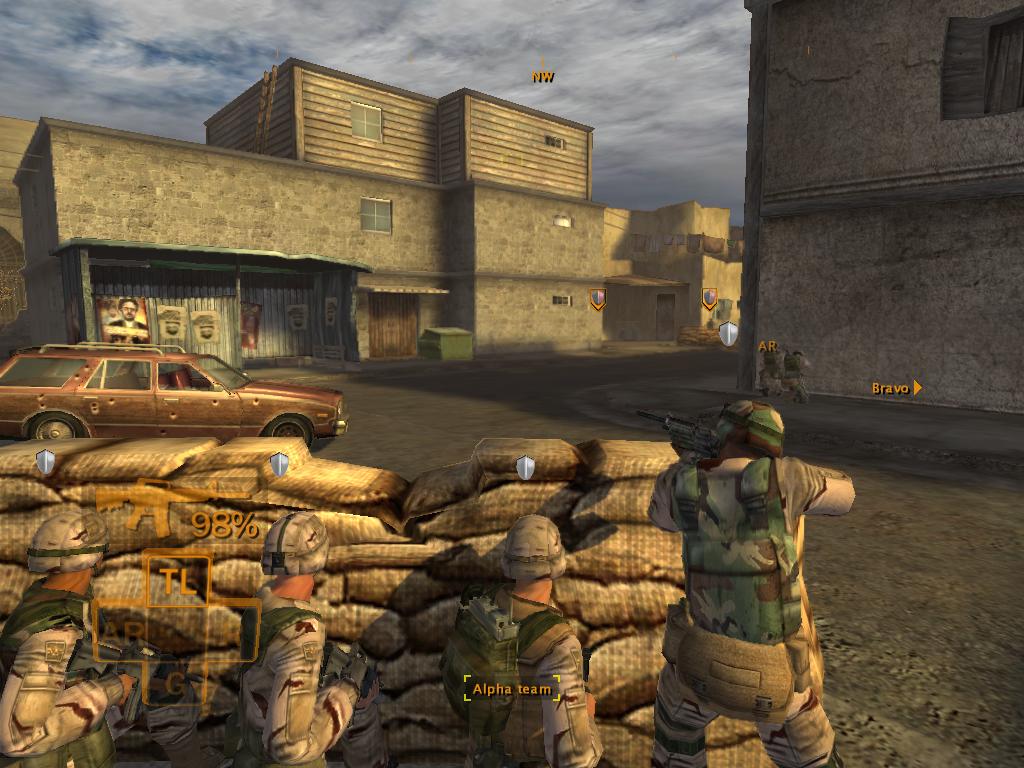 Interesting. Wonder how it plays. May grab it. Cheers.

Operation Cosmic Rescue officially started yesterday (competition entry and 1 free month of Ultimate). Already managed to pass 5 of the 10 'missions', so it's very easy to do. Though not without a comedy of errors... I've 13,000 pts and I can't spend them on anything, I'd usually get a tenner in credit but that's not an option anymore.

I finally had some time to play games yesterday so I thought I'd have a few hours with Xbox... I tried Sea of Thieves, about ten minutes to load and then a blank black screen. I reset it then went through it all again. Started a game, and chose the small sloop option, a little bit of walking and no-one around.

Then thought i'd go and complete my old favourite Halo CE and then I was reminded of why I had stop playing it, it keeps crashing. I'm half way through mission 5, and no matter which way I play or go, If I go too far on the map to the next check point, or sometimes for other reasons, it just shuts down. I must have tried over ten times - i will ask about this on the 343i forums.

I wanted to play a bit of Fable Anniversary, but because I regrettably changed by gamertag it wouldn't allow me to play. 360 games ask for my old user name and then ask me to log in, when i enter my password they doesn't recognise it. So some 360 games won't let me play at all, and for those that do they won't let me save.

I was almost ready to kick my Xbox and then saw that The Outer Worlds was ready to download so i initiated that. I looked again a bit later and the game said 'Play' and i was thinking, brilliant, Microsoft have accidentally turned on the switch. So I press play and i get a message that says 'You're too early. We know you would like to get started, but you will have to wait a bit longer'!

Did you not go sailing in SoT? Did you just walk around an outpost?

Pedz wrote:Did you not go sailing in SoT? Did you just walk around an outpost?

I just walked around. I thought you need to get a crew to go sailing.

Nope. The sloop is a 1 -2 manned ship. Pretty sure it says that when selecting it.

I think plenty have trouble with the game TBH. I think Doomspoon and Photek would be the most clued up on the game here. tbh.

With the October 2019 Xbox Update, we’re taking additional steps to improve our existing family settings that work across Xbox One and Windows devices. We’re giving parents more control over what their children see and interact with on the devices in your home, which is part of our commitment to make gaming a fun, inclusive, and safe experience for everyone. For us, that means offering tools that provide choice so families can create the right balance of screen time in their lives.

Parents can now set how much time their children spend within specific apps or games in addition to the total time spent on a device. Parents have the added option to set limits at the app or game level, enabling you to be more specific with how your kids are spending their time with technology.
The app and game limits you set will apply across Windows devices and Xbox One. We want to provide families the convenience of setting this up once, and letting it carry over across your child’s devices. This means one hour of a specific game or app per day is one hour of that game or app – no trying to sneak in extra screen time by switching from one device to another.

We’re excited to see everyone enjoying the Wish List feature on the Microsoft Store! The October 2019 Xbox Update enhances this feature with notifications to alert you when an item in your Wish List has a price discount. The new Wish List notifications will make sure you never miss a great deal on games you want. Check out and update your current Wish List here - https://www.microsoft.com/en-gb/store/wishlist

Mixer is integrating even further into the Xbox One experience with the October update. We’ve built a full Mixer viewing experience right into the dashboard with a focus on speed and simplicity. Viewers will no longer have to navigate to a separate app to enjoy Mixer streams, so getting to the content you want to watch has never been easier! Simply click the stream you’d like to watch to seamlessly start watching.

Games are more fun when shared with friends. Xbox Game Pass for Console has a curated library of over 100 high-quality games, so you may find a gem that you want to share with your friends. You can now recommend a game from Xbox Game Pass for Console directly to your friend via a message or to your whole community via your activity feed or share to a club. Your friends will be able to easily get to the page for the games you recommend and can start downloading right away if they are an Xbox Game Pass member.

Thanks to your feedback, we’ve made significant improvements to the Recent Players experience, making the service more reliable and allowing you to connect with the gamers you play with instantly. We understand the popularity of this feature and know it can be especially helpful with large-scale multiplayer games. You can now more quickly and easily engage with your Recent Players, whether you are sending a message, inviting players to a party, or adding them to your Friends List.

Players can jump into their favorite games even faster with the October update. We’ve added improvements to automatic game updates, significantly reducing when you encounter the “update required” screen when launching a title.

Later this month, you may notice the Events app installed on your console. With Events, we will be introducing new ways for gamers to discover and be reminded of events happening within your favorite Xbox games or gaming communities such as a start of a new season or in-game holiday events. We’ll have more to share soon about how we plan to evolve this feature, so stay tuned for future announcements.

The “Allow game captures” setting now has multiple options, giving you more control over your game capture experience. Previously, game capture could either be enabled or disabled in Settings, with certain games automatically recording memorable moments when this feature was enabled. With the October update, you may now select between “Captures by me,” “Captures by me or games,” or “Don’t capture” settings, providing you more choice over how you build your highlight reel.

In addition to the above, some people may also see an experimental update we are making to improve the Capture & Share experience. For now, we’re rolling out an improved “Capture & Share” tab for a limited portion of the Xbox One audience to gauge interest and collect feedback. We’re eager to hear their feedback before we share more.

The renamed “Capture & Share” Guide tab aims to improve usability by elevating your three capture options, “Record what happened,” “Start recording,” and “Capture screenshot,” to the top of the screen as well as allowing you to quickly revisit your last capture. When you’re ready to share, the following “Share to” menu has also been updated to focus more on what you want to do with your content – quickly and easily share it with your friends, the world via Twitter or your Xbox Activity Feed, or save it in your collection for safekeeping.

Was head of Xbox Live, Xbox Game Pass, and Mixer.

I'd be interested to see where Ybarra is off to, he's been a pretty big figure for Xbox.

I kicked off a World War Z download with gamepass earlier and is mesaged me a min later saying it's downloading... that's new. I have noticed my updates actually updating while I'm in work recently too. Both DayZ and PUBG got big updates last week that where already done and ready to play when I got home.

EDIT: and now I got a message that World War Z is ready to play on my Xbox.

EDIT2: I forgot to set my Xbox I wanted it installed to my X1X so it's on my daughters.

EDIT3: I can kick it off for my Xbox X also.

EDIT4: and it's installed on that now too. Putting You in Control of Your Gaming Experience

Now, we’re taking the next step in this responsible gaming journey by rolling out player-centric text filters on console.

Text filters are designed to be additive to the existing work we’ve done to ensure everyone has a safe and enjoyable experience on Xbox. Ultimately our vision is to supplement our existing efforts and leverage our company efforts in AI and machine learning technology to provide filtration across all types of content on Xbox Live, delivering control to each and every individual player. Your feedback is more important than ever as we continue to evolve this experience and make Xbox a safe, welcome and inclusive place to game.

Text filters will first debut to our Xbox Insiders today; our plan is for them to roll out to everyone later this fall, so stay tuned for more updates.