Anything to do with games at all.
Post Reply
579 posts

This is a momentous year for Xbox, with our next-gen console paving the way for all our games and services to come together in even better ways. Here’s what 2020 looks like, just to start:

Our goal remains to launch Xbox Series X and Halo Infinite this Holiday
All 15 Xbox Game Studios teams are hard at work on next-generation games for Xbox Series X and Xbox Game Pass
The best development teams around the world are working hard to have their games ready to play on Xbox Series X this holiday
For PC players, we plan to support the community by making all our major releases at launch available with Xbox Game Pass for PC, including Halo Infinite, Wasteland 3, Minecraft Dungeons and of course, Microsoft Flight Simulator.
We have new updates and titles lined up for Xbox Game Pass for console and PC
We’re expanding Project xCloud into new countries and on new devices—and later this year Project xCloud and Xbox Game Pass will come together, enabling you and your friends to play together in more ways.

It’s a lot – and that’s saying something in 2020, a year which could be summed up as “a lot.” With all this in mind, we set out to create new touchpoints to celebrate gaming and share what’s next with our global community.

Starting with the May 7 episode of Inside Xbox, we will be showcasing what happens next in the world of Xbox, every month, which is why we’re calling it “Xbox 20/20.” These monthly moments will take place throughout the rest of the year and will be a way for us to engage, connect and celebrate with you about what’s in store for the next generation of gaming, including what’s next for Xbox Series X, Xbox Game Studios, Xbox Game Pass and Project xCloud. Every month will bring something different. Stay tuned to Xbox Wire for more details.

For the Xbox 20/20 May update, we will focus on giving you a first look at next-gen gameplay, trailers and sneak peeks from a wide variety of publishing partners and independent developers across the globe and industry, including Ubisoft’s recently announced “Assassin’s Creed Valhalla,” and hear from game creators about what they’re doing with their games on Xbox Series X.

We’ll be confirming games that utilize our new Smart Delivery feature, which ensures that you always play the best version of the games you own for your console, across generations. And all the games you’ll see will be Xbox Series X Optimized, meaning they are built to take advantage of the powerful Xbox Series X features that make games look and feel incredible, including 4K resolution at up to 120 frames per second, DirectStorage, hardware-accelerated DirectX raytracing, super-fast load times and much more.

In July, we will dedicate time to focus on the incredible games coming from Xbox Game Studios. A number of our studio teams are looking forward to sharing first looks at new gameplay, insights from development teams being optimized for Xbox Series X, and brand-new game announcements. We cannot wait to share this initial look at what some of those teams are working on.

As we’ve seen in recent weeks, gaming is being used for entertainment, for inspiration, and for strengthening social connections between you and your friends through shared adventures. As you continue to connect with your friends around the world through gaming, we look forward to sharing more of our plans on Xbox Wire so you can all join us as we look into the future of Xbox.

You’ll get more news and updates on Xbox Series X, reveals of new Xbox Game Studios and development partner titles, details on the future of Xbox Game Pass, and much more.

I’ve always believed in the future Team Xbox has been building with its community around the world. To join that vision and make it part of my own responsibilities is something I just couldn’t pass up when I joined the Xbox Marketing team last December and, today, I feel more reassured than ever that we’ll be able to bring it to pass with the help of our community.

Stay safe and be good to one another.

I think it's kind of generic sounding but also really chill... I like it.

Yeah that's a nice sound. PS1 still takes the prize for me though:

Sounds nice enough, also sounds like something you hear after an advert in a cinema

Robbo-92 wrote:Sounds nice enough, also sounds like something you hear after an advert in a cinema

Exactly what I thought

GameCube is the most fun definitely!

GameCube is the most fun definitely!

Only if you held Z on all 4 controllers.

The virtual events start on May 7, with a look at third-party games planned for its new console, called Xbox Series X. In June, the company will highlight the Xbox platform and services, and July’s session is intended to cover games produced by Microsoft’s own 15 game studios, including the next iteration of its biggest franchise, “Halo.”

Microsoft has taken steps to make it easier for third-party game developers to work from home. For example, Microsoft gives these teams specialized development kits that let them simulate the environment of the unreleased next-generation console so they can build games for it. Normally those kits are closely guarded and have to stay in the office, but now the company is letting them be used from developers’ homes.

A lot depends on how far along in development games were when their studios were forced to move to remote work. Programming and some other tasks can be done from home offices, while complicated motion-capture of animation used for games is harder to do on the computing rigs most people keep at home. “That’s just not happening right now,” Spencer said.

I heard or read some commentator say both Microsoft and Sony would likely want to delay their console launch until next year but neither will if the other is launching this year.

This is a momentous year for Xbox, with our next-gen console paving the way for all our games and services to come together in even better ways. Here’s what 2020 looks like, just to start: Our goal remains to launch Xbox Series X and Halo Infinite this Holiday

'Our goal' this phrasing suggest a target that may not be met.

Genuinely looking forward to seeing what first party offerings the team have in store for the next generation.

I'm interested to see if Ray Tracing on console will make any actual noticeable difference.
Not having a PC at home I've never experienced it.

Venom wrote:I heard or read some commentator say both Microsoft and Sony would likely want to delay their console launch until next year but neither will if the other is launching this year.

This is a momentous year for Xbox, with our next-gen console paving the way for all our games and services to come together in even better ways. Here’s what 2020 looks like, just to start: Our goal remains to launch Xbox Series X and Halo Infinite this Holiday

'Our goal' this phrasing suggest a target that may not be met.

“Note that this year the phasing includes the effect of revenue recognition from the games we are launching for the current generation of consoles that can also be upgraded free for the next generation”, EA’s Blake Jorgensen said during the call.

"We've seen some things I did not think were possible."

You have talked about obviously more powerful visuals for games, ray tracing, virtually instant loading. But does the Xbox Series X enable any sort of gameplay innovations we haven't seen before or are not possible on any other platforms?

Jason Ronald: The answer is kind of yes across the board. Obviously, with all the advances we have in GPU power and GPU efficiency, not only is it the raw power, but it's also the innovations on top of that, things like ray tracing for better lighting, better reflections, higher quality shadows, as well as more immersive audio experiences. You also have things like variable rate shading. Beyond the raw power we're delivering, we're giving developers a lot of tools to be that much more efficient in how they use the power we're giving them

Microsoft has talked about the framerates Series X will enable. But are you saying the Xbox Series X effectively ends sub 60 frames per second games, either from Xbox itself or from third parties?

Jason Ronald: I wouldn't say it ends it, but now the creative control is in the developers' hands. Ultimately, we view resolution and framerate as a creative decision. Sometimes, from a pure gameplay aspect, 30 is the right creative decision they can make. But in previous generations, sometimes you had to sacrifice framerate for resolution. With this next generation, now it's completely within the developers' control. And even if you're building a competitive game, or an esports game, or a twitch fighter or first-person shooter, 60 frames is not the ceiling anymore. As we've seen on PC and other ecosystems, ultra high framerates and ultra low latency input, that is the precision they prefer to prioritise. So we've designed the system to put that creative control in developers hands.

Everything you've talked about makes the Xbox Series X sound incredibly powerful for a console, but I wince when I think about how much it's going to cost. What should people expect?

Jason Ronald: I think Phil [Spencer]'s been pretty transparent. We designed the system with a price point in mind. We're confident in the system we've designed, but at the same time, we're going to be agile on price

From your perspective, how important is the teraflop debate, which I assume you're enjoying at the moment?

Jason Ronald: To me, it's about the end-to-end performance of the system. It's not one aspect versus another. What was critically important to us was sustained levels of performance, unlike anything you've seen before. And we designed the system to be a well balanced system with no bottlenecks or no compromises in any area... whether it's the CPU performance or the GPU performance - we were at the upper bounds of what was capable with a traditional rotational drive, so we knew we had to invest in things like SSD level IO performance. We designed the Xbox velocity architecture to be the ultimate solution for asset streaming.

> Does the Xbox Series X enable any sort of gameplay innovations we haven't seen before?

Shadow of the Damned sequel confirmed!

The power of the machine could lead to more advanced AI and more activity on screen which could allow for new experiences. 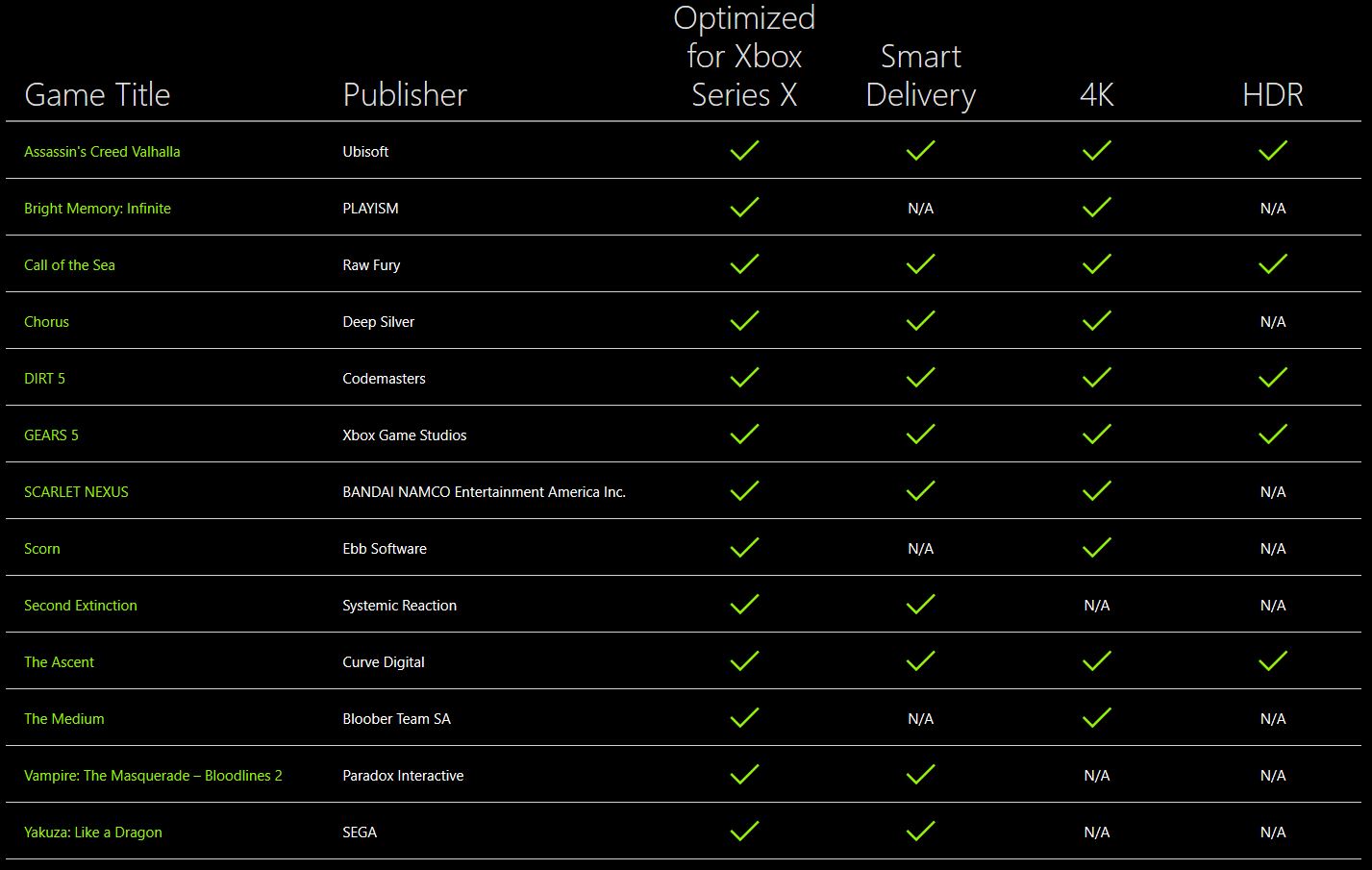