Anything to do with games at all.
Post Reply
63 posts

As gamers we're probably all okay with a fair amount of gore and death in our chosen pastime, especially if you're an FPS/action fan. Sometimes the violence can be quite cartoony and sometimes it can try to be hyperrealistic, but for the most part I imagine we're all fairly iron-stomached and probably a little bit desensitised to watching digital people go boom/snap/squelch or whatever.

I recently bought Inside in the Steam sale (not finished it yet so no spoilers please!) and it's a bloody amazing game. Dripping with a creepy atmosphere, tense chase scenes, great puzzles, and it's a genuinely baffling mystery you find yourself dropped into (I still have no idea what's going on!). But oh my days the deaths!

So far my character has been, in no particular order (spoilered to not ruin puzzle solutions):
dragged off by faceless goons
drowned in a submarine by some weird underwater witch thing
torn apart by guard dogs
electrocuted by a drone
fallen to his death
been obliterated by a shockwave
Your character in Inside is a child of about ten.

I just stopped playing for the night and at the end of my session I did spend several seconds just looking at the bloodstain where this little boy used to be, trying to take in what had happened

I have been playing games for over thirty years, and pretty violent ones for more than twenty, and I have never felt so uncomfortable watching a character die - it's not the same as watching a beloved character die in a cutscene, it's more like how I imagine watching a car crash or industrial accident is

I don't know if anyone else has had this feeling in other games.

Up until recently I've never had anything I would describe as uncomfortable.

But then I played Cyberpunk 2077. Specifically the "Sinnerman" questline.

I've extensively spoilered this because it's genuinely one of the best parts of this game and I wouldn't have wanted it spoiled.

Throughout the game you have things called "Braindances" which are recordings of events that people can replay through the eyes of someone who experienced it.

This questline is about a murderer who has found God and has decided to spread the word by being crucified, recording it, and then publishing it as a braindance called "The Passion" so everyone can experience it.

As you progress through this questline you find out the reasons for this, and the people who are for him doing this and those who are against it.

Ultimately, like a lot of questlines, you have some influence on how it plays out.

When I played it he went through with it, and my character was the one who had to hammer in the nails.

I've NEVER played anything that affected me like that did. It genuinely stayed with me for a day or so.

Shame so much of the rest of the game was a half-baked strawberry floated up mess.

I've seen a few people single out Sinnerman for praise but the whole thing fell incredibly flat for me, like pretty much everything else in the game

Not played inside, and I am not sure I will reading that.

Sinnerman didn’t really do much for me either. I think it was the corporate/hipster types who were part of that story line which didn’t help.

Most uncomfortable for me (with 2 small children) was ‘what became of Edith finch’. It’s interesting, it’s very well done, but sheesh it’s creepy/depressing and upsetting.

Inside is pretty intense, that young boy gets effed up... Yeah won't ruin the ending

The bit in Resi 4 where you are trapped in the suspended compartments with the tongue monster. That bit fills me with dread every time, it's excellently done.

Yep I don't like uncomfortable gaming experiences. I played maybe a third of Inside and won't be playing the rest for just those reasons. The deaths feel a lot more 'real' than shooting some FPS goon.

Resi 7 in PSVR, I couldn't manage to play more than 10 minutes at a time as the overall feeling of grime and dread was just too much.

Probably when my armchair broke and I had to use a crappy fold out chair for awhile.

The Last of Us Part 2 deserves special mention. A brilliant campaign where you're constantly at odds with the decisions being made.

Honestly, can't think of many games that made me uncomfortable and I finished Inside.

Nearest I got to uncomfortable was the Witcher 'sex scenes'.

That's a good shout actually - sex scenes in games are universally awful in the way they are handled and are some of the most awkward and uncomfortable experiences to sit through!

Every shower scene in a David Cage game

Would they be wrong?

Would they be wrong?

Tomous wrote:Probably when my armchair broke and I had to use a crappy fold out chair for awhile.

Playing any VR game in the current heat.

Depending on the interpretation of uncomfortable I could call out Hotline Miami. The uncomfortable moment with that game is when I stopped playing it and realised how embedded it was in my head thanks to the tight gameplay loop and driving music. It's the only game I've ever played where I've come away concerned I've been actually programmed to commit murders on hearing the game's soundtrack

Superhot gets a little like that too, thanks in part to the metanarrative, but doesn't drill in quite as deep as Hotline Miami.

Clarkman wrote:The Last of Us Part 2 deserves special mention. A brilliant campaign where you're constantly at odds with the decisions being made.

It's no coincidence that Hotline Miami was chosen to cameo in TLOU2!

The end of MGS3 is uncomfortable too, in actually making me hesitate and not want to continue playing (although of course you should!)

The intro of Resi 7 is the most scared I've ever been playing a game. I don't normally get too bad playing horror games but I seriously considered stopping before I even finished the section.


I could not hack the VR version whatsoever.

I got XC2 for Christmas and started playing it surrounded by my family. That stopped quickly.

I got XC2 for Christmas and started playing it surrounded by my family. That stopped quickly. 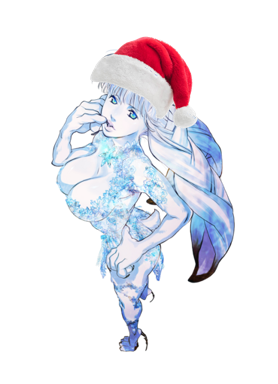 She's not even the most ridiculous, I think what they do with Pyrah's a lot sillier. Pulling out this again wot I wrote.